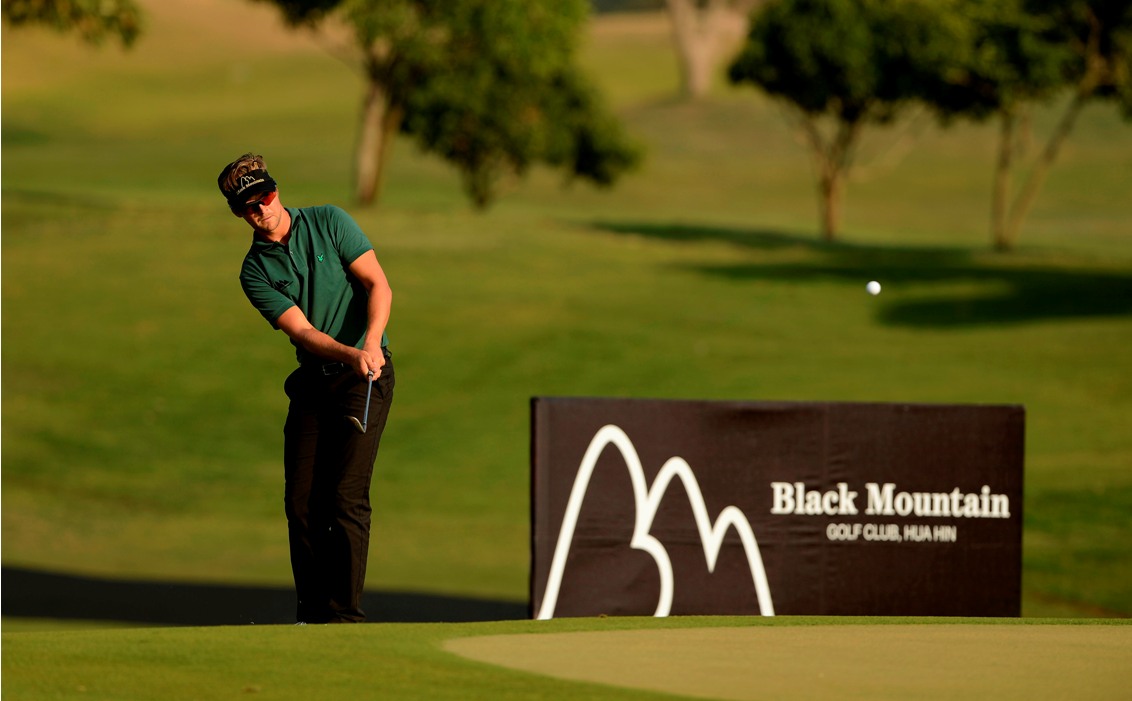 Black Mountain Golf Club in Hua Hin will play host to the inaugural Thailand Classic from February 12-15 next year, where it will become the first event co-sanctioned between The Asian Tour and European Tour to be permanently based in Thailand.

The tournament, which marks the European Tour’s return to Thailand after an eight year absence, will be the richest in the Kingdom, with a prize fund of US$2 million dollars.

Asian Tour Chairman Kyi Hla Han said: “Thailand has been one of our strongest markets over the years and the addition of a new event will cement the nation’s place as one of Asia’s golfing giants.

Co-sanctioned with our partners, The European Tour, the Thailand Classic will no doubt inspire many more world class stars to emerge from the Kingdom. I would also like to welcome MUSE Group on board as our newest tournament promoter and look forward to a successful partnership.

The announcement of another new and exciting tournament on the Asian Tour following recent launches in Dubai, Mauritius and Malaysia certainly augurs well for the growth and development of professional golf, and reinforces the continued support of Corporate Asia towards the game at the highest level in Asia.”

Keith Waters, Chief Operating Officer of the European Tour, said, “We are delighted to be returning to Thailand for the Thailand Classic in February, and Black Mountain Golf Club and Hua Hin are wonderful additions to the International Schedule.

We would like to place on record our thanks to our new tournament promoters Muse Group, who have worked tirelessly to help us secure the Thailand Classic for a minimum of three years.

As always we are delighted to accept the invitation of our long-standing co-sanctioning partners at the Asian Tour to stage another tournament in South-east Asia, and we look forward to working with them and the Professional Golfers Association of Thailand on our return to Thailand for the first time since 2007.”

With European Tour stars having enjoyed success around the world, those who tee it up at Black Mountain in February will be an exciting addition to the field alongside some of Asia’s finest talent, including the best golfers from Thailand.

The event will form part of the European Tour’s International Schedule, with prize money earned to count towards The 2015 Race to Dubai, a year-long competition currently led by World Number One Rory McIlroy.

Black Mountain Golf Club is no stranger to hosting international competition, with three Asian Tour tournaments having already taken place there, and the scenic golf course is set to play host to the next three instalments of the Thailand Classic.

Harald Elisson, Managing Director of Black Mountain, said: “It is an honour to again work with the Asian Tour and we are excited and proud to start a new co-operation with The European Tour, the tournament promoter and sponsors.

“We have the motivation to make this one of the most popular events on both Tours, are committed to presenting the course in great condition, and look forward to welcoming fans, players, sponsors and organisers alike to Black Mountain in February 2015.”

Riduwan Matni, Chief Executive Officer of MUSE Group (Singapore), the promoter of the Thailand Classic, said: “Golf remains one of the top three sports in Thailand, with over five million active golfers in the Kingdom and in excess of 50 billion Baht in spending around the sport.

Television coverage for both local and international golf events is seeing an upswing in Thailand and this is reflective of the popularity of the sport. Thai golfers are enjoying an excellent run in the international scene, and this bodes well for the development of golf among younger demographics. Like all sports, golf too needs local heroes.

In light of this, MUSE is delighted to bring back a co-sanctioned golf event to Thailand after an eight year hiatus and the Kingdom will now join the elite nations that will host an instalment of the prestigious Race to Dubai.

It is our desire, with MUSE’s entertainment DNA, to bring a new golfing experience at the Thailand Classic and make this event the highlight in Thailand’s golfing calendar. I would like to thank both the European and Asian Tours and Black Mountain Golf Club for their strong support in making the this tournament a reality”.

The Thailand Classic, which boasts the highest prize money of any golf tournament in the Kingdom, is being promoted by MUSE Group, who has previously worked with FC Barcelona and Liverpool FC on their 2014 summer football tours in Thailand.