Home News Kwak out to re-write history with Al Hilal 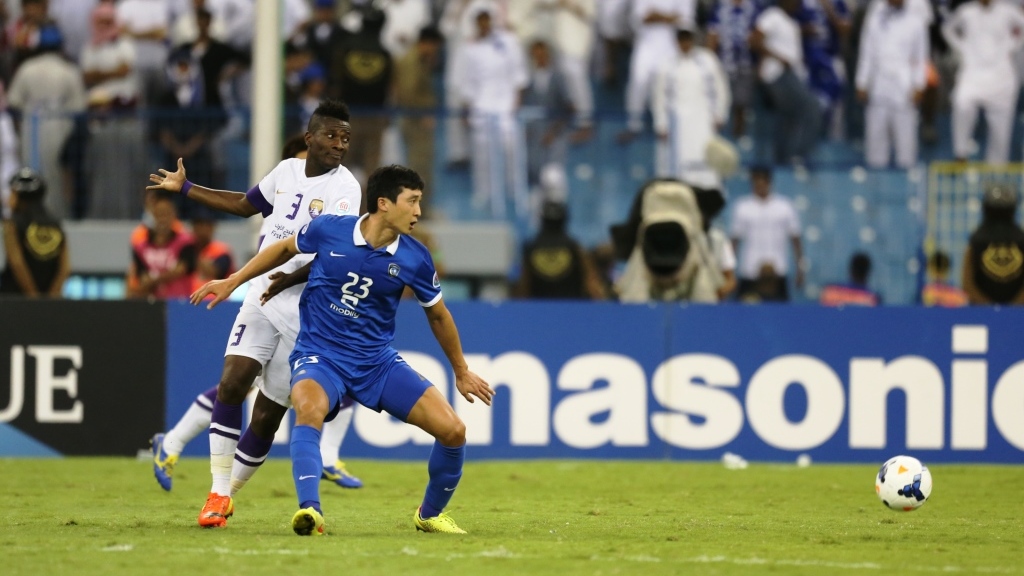 Korea Republic international centre-back Kwak Tae-hwi is hoping to re-write his and Al Hilal’s history ahead of the first leg of this year’s AFC Champions League final against Australia’s Western Sydney Wanderers on Saturday.

Kwak captained Korea’s Ulsan Hyundai to the AFC Champions League title in 2012 before moving to Saudi Arabia in 2013, initially with Al Shabab, before joining Al Hilal at the end of last year.

And with Al Hilal looking to join Korea’s Pohang Steelers as the only three-time continental champions having previously won the Asian Club Championship in 1991 and 2000, Kwak is also eying an unprecedented AFC Champions League double by winning the title with sides from opposite sides of the continent.

Current Al Hilal team-mate Saud Kariri is already a two-time Asian champion having won the AFC Champions League with Saudi Arabia’s Al Ittihad 2004 and 2005 before Kwak was on the scoresheet in November 2012 as Ulsan beat Al Ahli 3-0 in the final to claim the continental title for the first time following an unbeaten campaign.

“Ulsan was a really good time for me as I had a lot of good experiences and I won the AFC Champions League, and I was able to share this experience with my team-mates,” added former FC Seoul, Chunnam Dragons, Kyoto Sanga and Al Shabab defender Kwak.

Kwak only appeared twice in the group stage of this year’s AFC Champions League, but after forming a formidable central defensive partnership with Brazilian Digao, the Korean has been ever-present during the knockout stage as Al Hilal reeled off an impressive run of eight continental outings without conceding a goal prior to their semi-final second leg defeat by Al Ain.

“I learned so many things and gained a lot of experiences with Ulsan,” said Kwak, who also played for Al Shabab in the
2013 AFC Champions League.

For Kwak, though, this year will present a new challenge with the AFC Champions League final being played over two legs compared to the one-off tie which Ulsan prevailed in over Al Ahli in 2012.

But Kwak will be able to provide invaluable insight into East Asian football with the new format also meaning Al Hilal have only played teams from the West and Central Asia in this year’s AFC Champions League en route to their meeting with Australia’s Western Sydney.

“The AFC Champions League was only one leg two years ago, but it has now changed to home and away,” added Kwak.

This will also present a new challenge for Al Hilal coach Laurentiu Reghecampf, who succeeded Sami Al Jaber in May after leaving Romanian champions Steaua Bucharest.

The new coach, our players, and I, we are all professional and have a strong minds and good strength,” said Kwak.

“The coach and our players trust each other. We are becoming stronger as a team and we will show better performances to win the AFC Champions League.”

Having previously played abroad in Japan with Kyoto, Kwak’s chance to again ply his trade overseas was aided by the introduction of the three plus one rule which allows clubs to sign a player from another Asian country in addition to three other foreign players.

“The three plus one rule is a huge help for foreign players to play in Asia. I can play in Saudi Arabia due to this regulation now, and it is really good regulation,” added Kwak.

“I was playing for Al Shabab for one year and then Al Hilal offered me a transfer. The time I had with Al Shabab was still a great experience for me.”