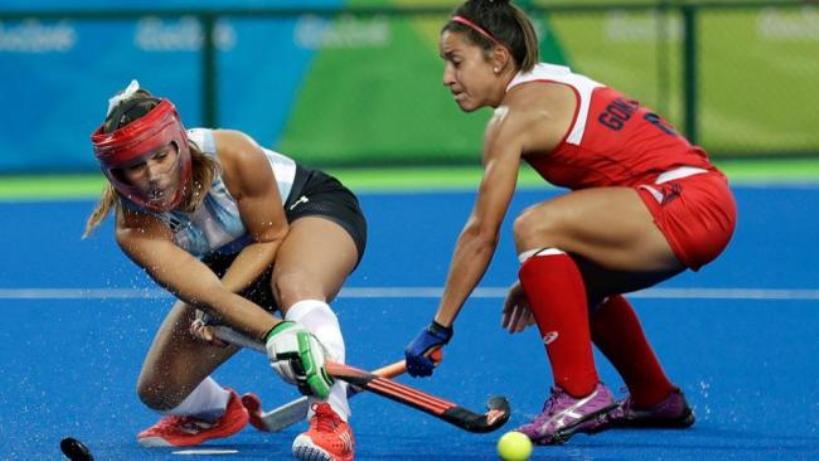 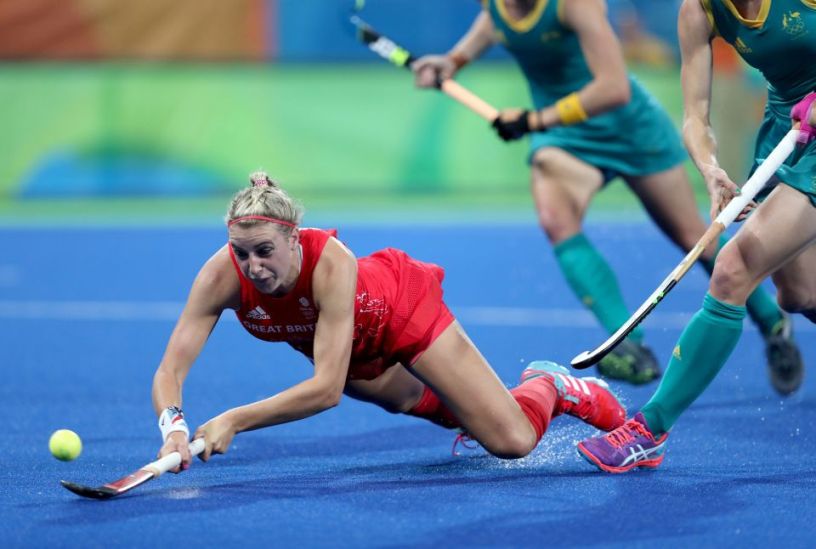 The women’s hockey competition at the Rio 2016 Olympic Games got underway on Saturday, with two absorbing matches taking place on the opening day at the Deodoro Hockey Centre.
All of the action took place in Pool B, with USA (WR: 5) kicking things off in style by upsetting the FIH Hero World Rankings with a 2-1 win over in-form Pan American rivals Argentina (WR: 2).
Following a goal-less opening two periods, Pan-Am champions USA took control of the game with strikes in the third and fourth quarters from Katie Reinprecht and Michelle Kasold. Delfina Merino hit back late in the game for Las Leonas, the silver medallists from London 2012, but it proved to be only a consolation as the Americans held on for a crucial victory.
In the day’s other Pool B match, Great Britain (WR: 7) also turned the rankings upside down with a fine 2-1 victory over Australia’s Hockeyroos (WR: 3). Lily Owsley produced a sublime finish at the end of a flowing move to give Team GB a 1-0 lead at half time, only for Australia to hit back shortly after the break thanks to Georgina Morgan’s fierce penalty corner drag-flick.
Alex Danson hit the winner in the 42nd minute, smashing home a powerful back-hand effort to give the London 2012 bronze medallists maximum points against the champions of Oceania.
The remaining eight competing women’s teams will all be in action on day 2 (Sunday). In Pool A, New Zealand (WR: 4) and Korea (WR: 8) will go head-to-head; reigning World and Olympic champions the Netherlands (WR: 1) begin their quest for a third successive Olympic gold medal against 1992 Olympic champions Spain (WR: 14), while 2008 Olympic silver medallists China (WR: 6) take on Germany (WR: 9), the Olympic champions of 2004. Pool B opponents Japan (WR: 10) and India (WR: 13) will also make their Rio 2016 debuts on the second day of competition.
Complete information about the hockey competitions at the Rio 2016 Olympic Games can be found on the official website: rio2016.com/en/hockey.
The Olympic hockey events take place from 6-19 August at Rio’s purpose-built Deodoro Olympic Park, and will feature the 12 men’s and 12 women’s international teams that qualified through the Hockey World League and Continental Championships.
Tickets for both events are still available and can be purchased here.
Rio 2016 Olympic Games Hockey (women) – Day 1
Results
Pool B
Argentina 1, USA 2; Great Britain 2, Australia 1
Standings overview
To see the detailed standings, click here.
(click ‘preliminary round’, and then ‘view rank’)
The top four finishers in each pool will qualify for the Quarter-Finals