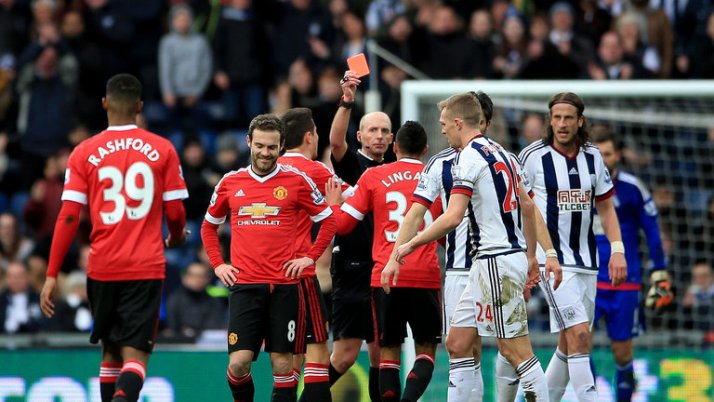 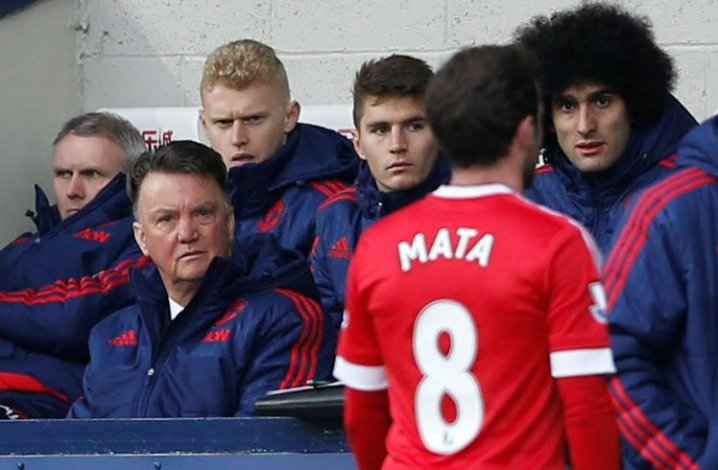 Louis van Gaal said Spanish international Juan Mata should have shown more care after he was red-carded as Manchester United lost 1-0 to West Bromwich Albion in a blow to their Champions League qualification hopes.

Mata paid a heavy price for two moments of madness in the space of three minutes and that proved costly as United missed out on the chance to stay in close touch with fourth-placed Manchester City at the Hawthorns.

Venezuelan international Salomon Rondon fired home the 66th-minute winner which inflicted United’s first-ever Premier League defeat at the Hawthorns and left them down in sixth place in the race for a top-four spot.

While van Gaal confirmed his viewpoint that Mata’s red card was out of character, he admonished him for his carelessness.

“The decision, for us, was the turning point in the match,” said United’s manager.

“It is a big disappointment for us because we lose contact with the first four or five.

“You give as a referee in five minutes two yellow cards to the same person, and you also know it is Juan Mata.

“I ask him a rhetorical question. How many red cards? None. I had assumed that. But as a player you also have to know when you have a yellow card, you have to take care.”

He added: “We were well organised, but it is difficult to create chances when it is 10 against 11. We have played for 60 minutes with 11 men, but we were not uncomfortable and we did not give too many chances away.

“I don’t want to say that we deserved to win the game, but we don’t deserve to lose.

“When you see at the end the chances that West Bromwich Albion have created in comparison with us, it was an unnecessary loss.”

West Brom boss Tony Pulis was delighted that his side have now moved to within one point of an important milestone as they aim to secure their Premier League future for another season.

“One more, let’s get to 40 points and then we’ll take it from there. I think 40 points is always the target,” said Pulis.

“It’s very difficult managing teams in the lower half of the Premier League. It is really, really hard work, mentally and physically.

“You worry about every result and it can drive you insane.”

Pulis hailed the performance of match-winner Rondon and is excited about the way in which his partnership with Saido Berahino is developing.

“We’ve looked better as a team going forwards with Salomon and Saido together,” he stated.

“At the beginning of the season, you are hoping to start with those two. The two of them have scored enough goals to make us a decent team.

“Unfortunately, we’ve not had Saido for that time, but now they’ve got together and they are really starting to gel as a partnership.”

He added: “The testament to Salomon is that he just never stops. He’s such a fantastic lad who works his socks off and it his goal was a great finish.” – Agence France-Presse