Home 2021 Victory and championship lead for Audi in New Zealand 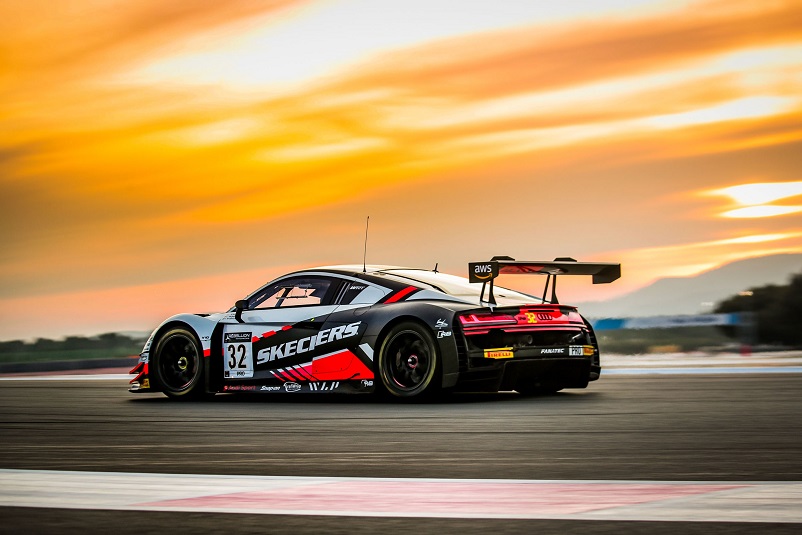 In the North Island Endurance Series in New Zealand, there is tension in the title fight after the first success of the season by the IMS Racing customer team. Audi Sport customer racing’s other successes on the last weekend in May include a hard-fought second place by Team WRT in the Fanatec GT World Challenge Europe Endurance Cup as well as individual successes by the Audi R8 LMS GT4 and Audi RS 3 LMS.

Tie at the halfway point: With a victory in the second round of the North Island Endurance Series, the two Audi privateer drivers Neil Foster and Jonny Reid are creating suspense in the title fight in New Zealand. Gentleman driver Foster and his New Zealand compatriot and fellow competitor Reid celebrated their first victory of the season in the Audi R8 LMS for Team IMS Racing at Hampton Downs.

In a daring overtaking maneuver, Reid pushed past the long-dominant Aston Martin of Alex Ribeiras and defended his lead against the Spaniard’s attacks. At the last pit stop around 30 minutes before the end of the three-hour race, the long-standing Audi privateer team decided not to change tires. This move paid off: After 166 laps, Foster and Reid won by one lap. After two of four races, the two Audi drivers and the duo of Riberas/Darren Kelly are tied at the top of the standings in terms of points at the halfway point of the season.

The two decisive races are on the calendar of the North Island Endurance Series within the next five weeks. An Audi privateer also clinched a trophy in the one-hour race of this series at Hampton Downs. Anthony Leighs finished second in the first-generation Audi R8 LMS. Together with another competitor, he is tied on second position in the points in the one-hour standings.

Strong recovery in Le Castellet: At the second round of the Fanatec GT World Challenge Europe Endurance Cup, Team WRT managed an excellent performance in the race after a difficult weekend. Kelvin van der Linde, Dries Vanthoor and Charles Weerts had only qualified for 14th place on the grid.

In the course of six hours of racing, the three Audi Sport drivers fought their way up to second place. Weerts had dropped back to 18th place in the pack at the beginning but improved to eleventh position by the end of his double stint. Kelvin van der Linde made up further ground and handed over the Audi R8 LMS to Dries Vanthoor in seventh place. The Belgian continued to work his way forward in the fiercely contested leading group in which there were only four seconds between the top five contenders.

Three corners before the end of the race at midnight, he grabbed third place from the Lamborghini ahead of him. When a Ferrari team subsequently received a penalty, the result eventually turned into second place for the best of the eight Audi R8 LMS cars in the field.

After Kelvin van der Linde clinched victory in the virtual race for the Fanatec Esports GT Pro Series at Le Castellet and thus scored valuable points for the team classification, Team WRT is now the leader of the standings for the first time in this classification that combines real and virtual racing. After the race in the south of France, Dries Vanthoor and Charles Weerts also lead the combined overall standings of the Sprint and Endurance racing series, as does Team WRT. 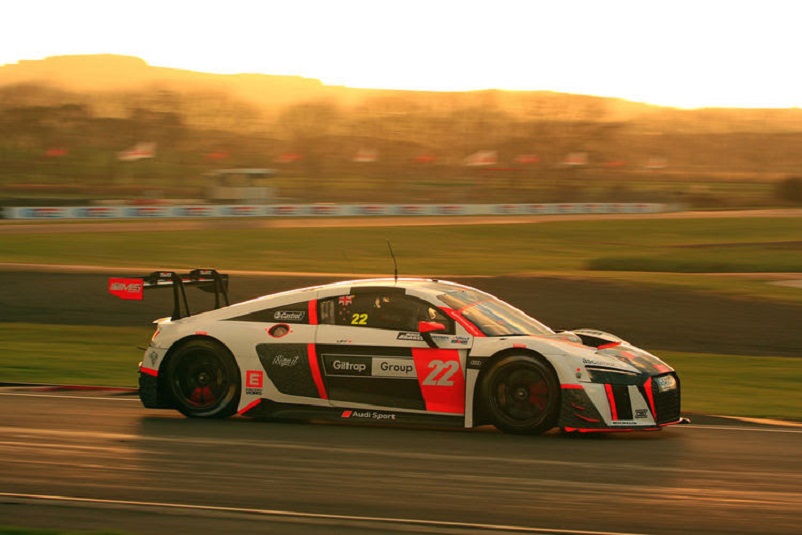 Fourth place and the lead in the standings: The Saintéloc Racing team finished third in the second round of the GT4 European Series with the Audi R8 LMS GT4. Gregory Guilvert and Fabien Michal were just 4.2 seconds short of overall victory in the second one-hour race at Le Castellet. In the two individual races, the French driver pairing also won the Pro-Am classification in each case. As a result, they lead the drivers’ standings in this class, and Saintéloc Racing is also ahead in the team standings.

Two podium places at Navarra: At the Campeonato de España Resistencia opener, Pierre Arraou clinched two podium places. The Frenchman was second in his class in the first race at Navarra in the Audi R8 LMS GT4 and won the classification in the second race.

Fraternally shared: Team Tecnodom Sport achieved the maximum result at the opening round of the TCR DSG Europe at Monza with pole position, victory and fastest race lap. The Audi RS 3 LMS of the Italian squad was shared by the three brothers Kevin, Jonathan and Steven Giacon. In qualifying, Jonathan achieved the two fastest times and also set the best time in the race.

The number 6 Audi led the two-hour contest from the first to the last of the 32 laps, but there was still some tension towards the end. Half an hour before the end, the safety car neutralized the field and brought the competitors closer together again. In the end, Tecnodom won by 4.4 seconds ahead of HC Racing with drivers Gaetano Oliva/Simone Patrinicola, followed by BF Motorsport with Romy Dall’Antonia/Samuele Piccin. All three teams fielded an Audi RS 3 LMS each. All teams in the racing series rely exclusively on TCR race cars with dual-clutch transmissions from the Volkswagen Group.

Silverware in Spain: Mirco van Nostrum/Álvaro Fontes clinched a podium result at the start of the Campeonato de España Resistencia. The Dutch-Spanish driver duo from the Circuito Do Sol team finished second in the TCR class in the Audi RS 3 LMS in the first race in Navarra. After 50 minutes of racing, they were only 3.6 seconds behind the winners and 29 seconds ahead of their closest pursuers.