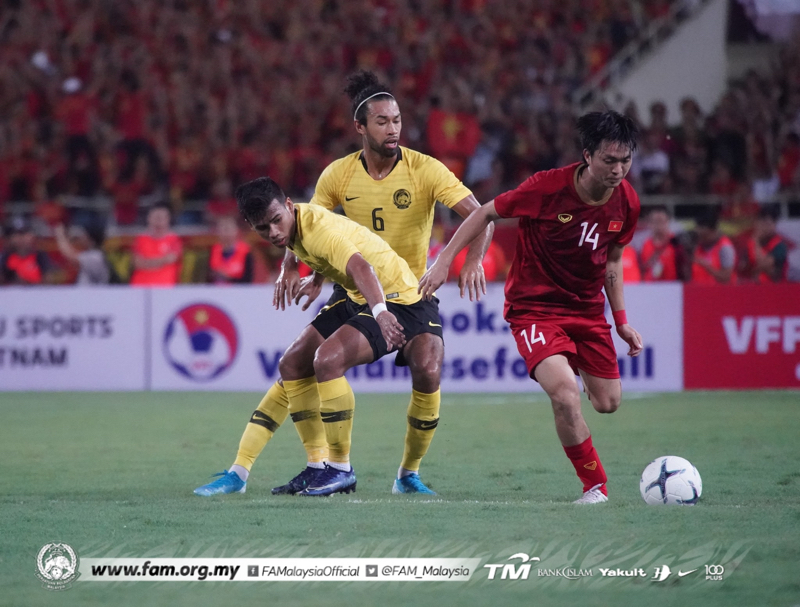 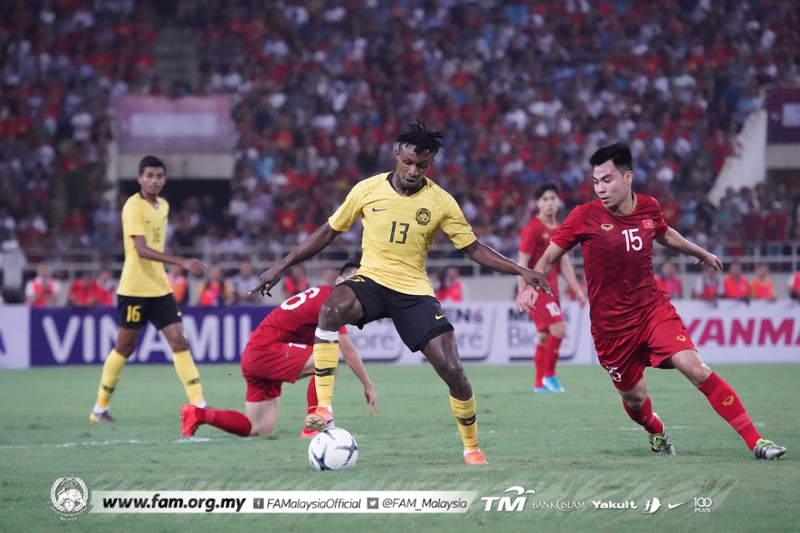 Vietnam had a goal disallowed for offside and had one saved on the goal line but still walked away with a 1-0 win over Malaysia in a Group G World Cup 2022/Asia Cup 2023 qualifying round match at the My Dinh Stadium in Hanoi on Thursday.

It was Malaysia’s second defeat in the group after losing 1-2 to the United Arab Emirates at home. Malaysia won their first match against Indonesia 3-2 in Jakarta.

The Harimau Malaya gave a subdued performance overall although the visitors had their chances which went begging when Safawi Rasid and Syafiq Ahmad muffed the opportunities that came their way in the 14th and 24th minutes.

Vietnam had the ball in the Malaysian net in the 28th minute but Nguyen Quang Hai’s goal was ruled offside. However, he made it count in the 40th minute. Quang Hai used his speed to surprise Shahrul Saad to intercept Que Ngoc Hai’s long ball to beat Farizal Marlias.

The Golden Dragons were clearly the better side on the night and the Malaysian backline had to work overtime to keep their opponents at bay.

In the 72nd minute, Shahrul saved Nguyen Ahn Duc’s attempt on the goalline with Farizal stranded up front.

The defeat sent Malaysia into third place with three points while Vietnam is in second place with four points after a scoreless draw against Thailand in their first match.

Malaysia’s next match is against Thailand on Nov 19.