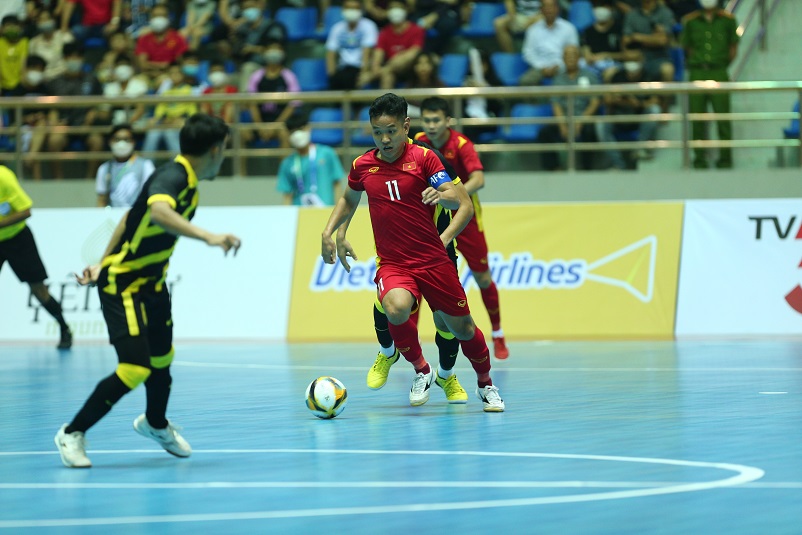 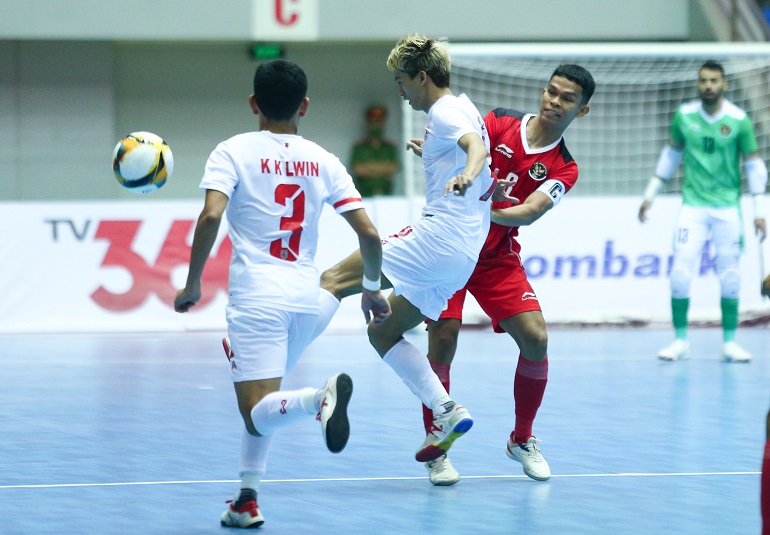 Vietnam and Indonesia have taken the temporary lead in the men’s Futsal event of the 31st SEA Games following their thumping win earlier today at the Ha Nam Gymnasium in Ha Nam.

Vietnam crushed Malaysia 7-1 as Indonesia whitewashed Myanmar 6-0 for them to temporarily occupy the first and second position respectively in the round-robin competition.

While Vietnam and Indonesia had already played two matches thus far, third-placed Thailand with three points had only played once, as Myanmar stayed fourth and Malaysia fifth.

And today, Vietnam underlined their determination to win their first-ever Futsal crown at the SEA Games with an all-commanding win over the Malaysians – in spite of the latter having taken the early second-minute lead through Ekmal Shahrin.

Playing at home gave Vietnam all the confidence to find the back of the net off a hat trick from Nguyen Thinh Phat (5th, 12th and 37th minute), a double from Nguyen Minh Tri (2nd and 38th), to be followed by goals from Le Quoc Nam (18th) and Nguyen Manh Duong (19th).

In the meantime, Indonesia picked up their second win in the competition following their emphatic win over Myanmar – with the prolific Holypaul Soumilena slamming in a double in the 33rd and 38th minute.