Home International M32 Scandinavian Series 2016 to be decided in Stockholm 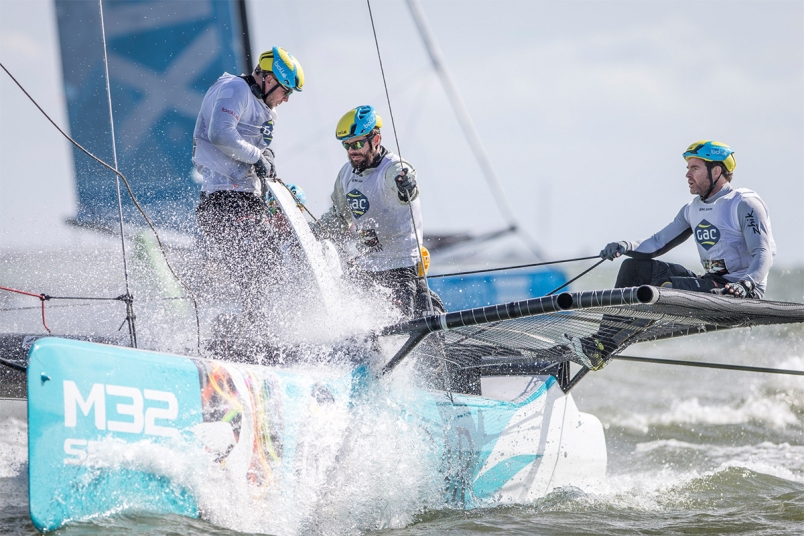 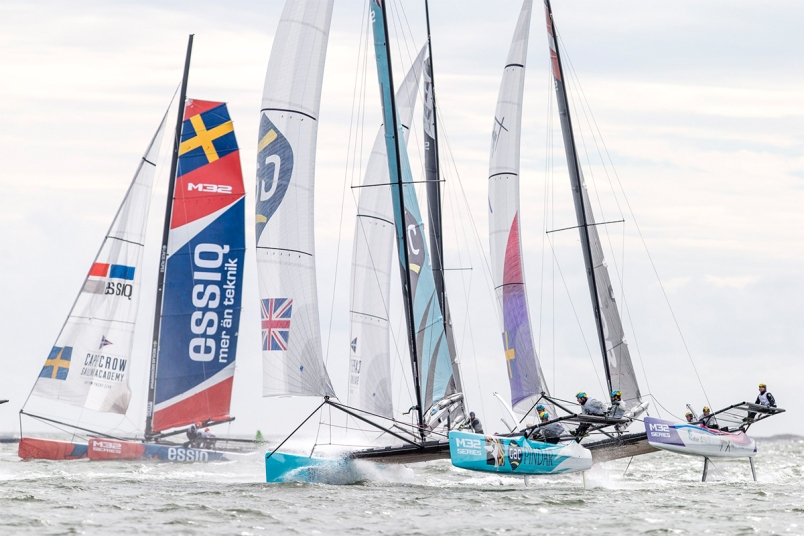 Action packed M32 racing in the heart of the city – the Battle of Stockholm will come down to whichever team can master the tricky race course on Riddarfjärden. Ian Williams and his Team GAC Pindar have a golden opportunity to bring home the title but the young Swedes on Essiq Racing are looking to steal their thunder.

M23 Series Scandinavia will be paying its third visit to Stockholm this weekend and the event in the Swedish Capital will once again serve as the final of the prestigious series. The line-up is packed with experience but local newcomers could bring an advantage with some good local knowledge of the race course.

John Bäck and Evolveras Racing are making their debut in the series but Bäck is an experienced match racing sailor with Stockholm as his hometown. Ian Williams raced at the event in Stockholm last year and after winning the penultimate event in Helsinki last week, his GAC Pindar team increased their lead on the overall leaderboard.

“The result in Helsinki put us in a good position to secure the title in Stockholm and we spent the final day trying to push Essiq Racing off the podium. They will have to beat us by three places in order to win but it’s a strong field and that could very well happen if we don’t perform at our best. Our aim is to sail as well as we can and at the end of the regatta we will assess the situation on the scoreboard and see if there is a tactical decision that can improve our chances to win the M32 Scandinavian Series 2016,” said Ian Williams.

“Stockholm is a fantastic venue and a fun place to sail in the middle of the city. Hopefully we will get the breeze from the west which would give us a good race course. If it’s from the south or east, it will be trickier to figure out.”

After the previous events in the series in Copenhagen, Gothenburg, Aarhus and Helsinki, Essiq Racing are five points behind GAC Pindar. With double points to fight for this weekend, the 26-year-old skipper still has a chance to challenge Williams for the title.

“For us, this regatta will be all about getting revenge after our poor result in Helsinki. Ian obviously has a better position but our aim is to win the final event and then see how far that takes us. I believe we have sailed better than GAC Pindar several times this season and we know we have what it takes to win.” said Dackhammar.