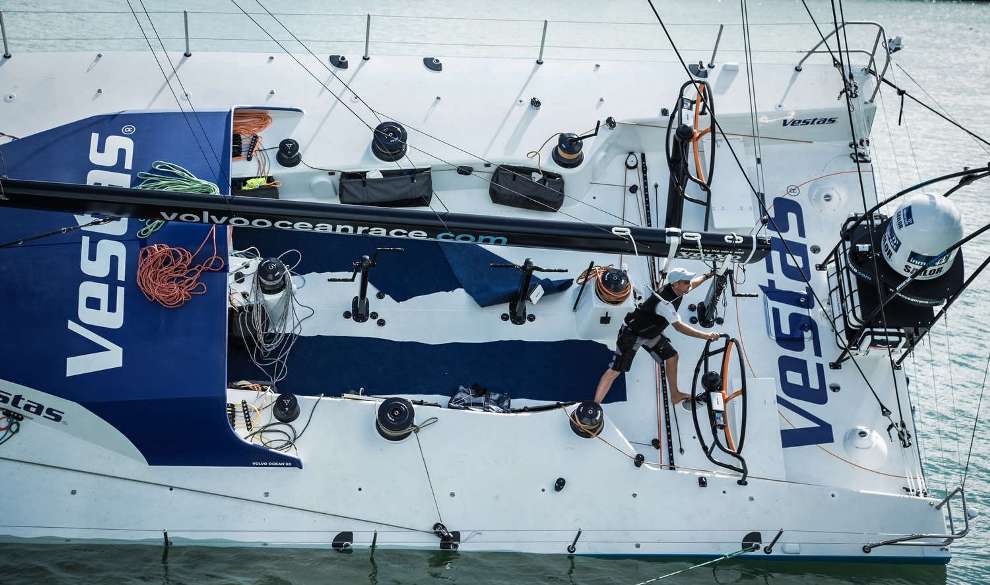 Volvo Ocean Race’s ship-wrecked nine-man Team Vestas Wind crew finally made it back to civilisation on Wednesday, telling of their amazing escape from a collision with an Indian Ocean reef which grounded their boat.

The unshaven, exhausted, uninjured team in the global ocean race were holed up, incommunicado, for three days in the remote archipelago after their boat ran into the reef on Saturday afternoon at 1510 UTC.

Chris Nicholson, their 45-year-old skipper from New South Wales, who was contesting his fourth edition of the nine-month Volvo Ocean Race until the accident at the weekend, said he was still piecing together his emotions after the crash.

“I’m really disappointed of course – on the other hand, we have to realise how fortunate we are for everyone to be here in one piece, and to be healthy.

“It’s pretty amazing, so there’s a lot of emotions at the moment,” he told volvooceanrace.com shortly after arriving at dockside in Mauritius.

“The past four days have been very challenging for all of us, and I am extremely proud of the whole crew’s professionalism, composure, and endurance.

“It’s clear that human error is responsible for the shipwreck, there’s no avoiding that. And as skipper, I take ultimate responsibility.”

They had smashed into the coral rock at 19 knots – the equivalent of 35 kilometres an hour – in the 65-foot Volvo Ocean 65 boat, span 180 degrees and crashed to a halt, grounded on the reef.

They remained on the reef until the small hours of the following morning, before abandoning the boat in pitch darkness and wading in knee deep water to a dry position on the reef, led by Nicholson.

A small boat from the local coastguard then took them early on Sunday to a small islet, Íle du Sud, which is known as a favourite with shark-watching holiday-makers.

The crew could have left the area on Tuesday but decided to stay an extra day to pick up key equipment from their battered boat.

“I must say that the team worked really well together, especially Nico, the skipper, who led the whole situation in a very professional way. – Agence France-Presse