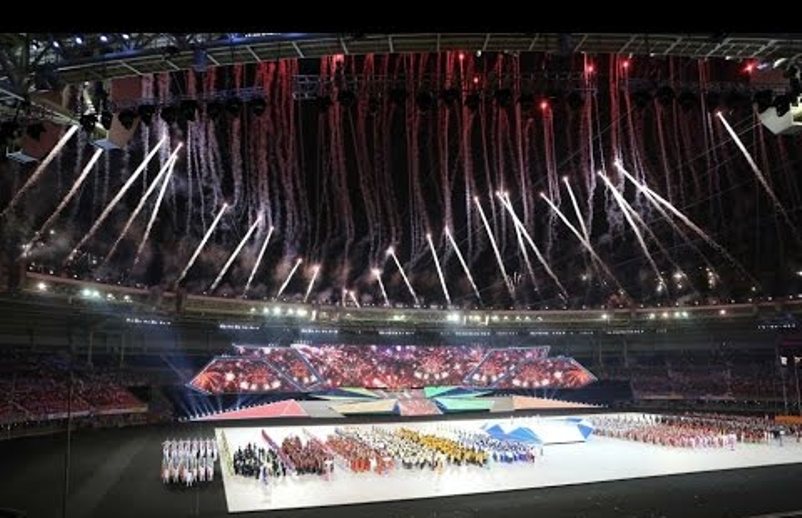 The Asian Games are a “landmark” for the continent and will remain Olympic-size despite concerns over hosting and ticket sales, the head of Asia’s top sports body told AFP Friday.

“The Games should be this size, not less. We try to decrease the operation costs, but not the style of the Games,” the Kuwaiti said in an interview.

“There’s been a decrease of the operation costs between Guangzhou (2010) and Incheon and maybe we can decrease a little bit in Jakarta (2018).

“But we will never leave the standard of our Games. This is the landmark of the continent and if we want to do it smaller we are decreasing our real position in the sport.”

Thirty-six sports are being contested at the Asian Games, eight more than the Olympic programme and with 9,500 athletes plus thousands of coaches, officials and media.

Incheon, a would-be Asian financial centre west of Seoul, has become South Korea’s most indebted city through hosting the Games, for which it built 17 new venues.

Little of its expenditure will be recouped in ticket sales with near-empty stadiums and swathes of vacant seats a common sight during the Games, which close on Saturday.

The sheikh blamed “domestic reasons” for the low turn-out, saying the Incheon mayor who pushed for the Asiad was then voted out and his replacement cut funding.

Hanoi was awarded the next Asiad but pulled out over financial concerns, leaving Jakarta, which originally missed out on hosting, as the only viable alternative.

But Sheikh Ahmad said fast-emerging Asia had plenty of big cities which are capable of hosting major events — making it a better bet than Europe.

“And the recovery of the global economy is less in the other countries. This is why Asia now is available and this is the true continent which is already ready to host (major events), plus North America.”

Partly due to Ahmad’s influence, Asia will monopolise the Olympics after the 2016 Rio de Janeiro Games. It will have the 2018 Pyeongchang Winter Games and the Tokyo 2000 Summer Olympiad.

The continent is also favourite to host the 2022 Winter Olympics after Oslo withdrew its bid, leaving Beijing and Kazakhstan’s former capital Almaty as the only candidates.

Ahmad said it was important that the Asian Games remained similar in scale to the Olympics, for symbolic reasons if nothing else.

“In the end, you cannot move a landmark. You want to build an environment for youth and athletes,” he said.

“If you don’t do it in this style I think people won’t be supportive and you want them to be proud about their continent. And now we are proud.

“And I think one of the reasons we won the 2020 Olympic Games, we won the 2018 Winter Games and now we have a big chance to win the 2022 Winter Games, is because people analyse that we can host big Games in any city, not just the capitals. – Agence France-Presse