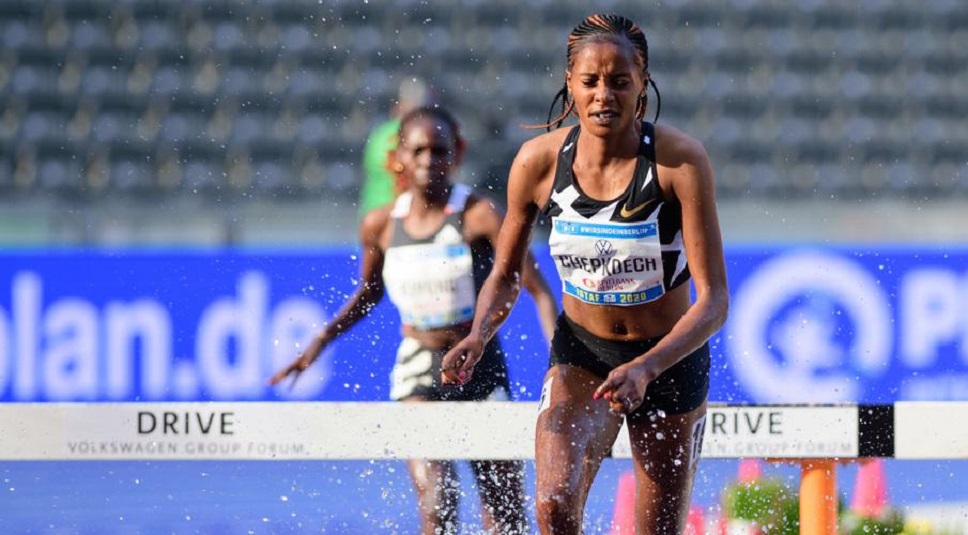 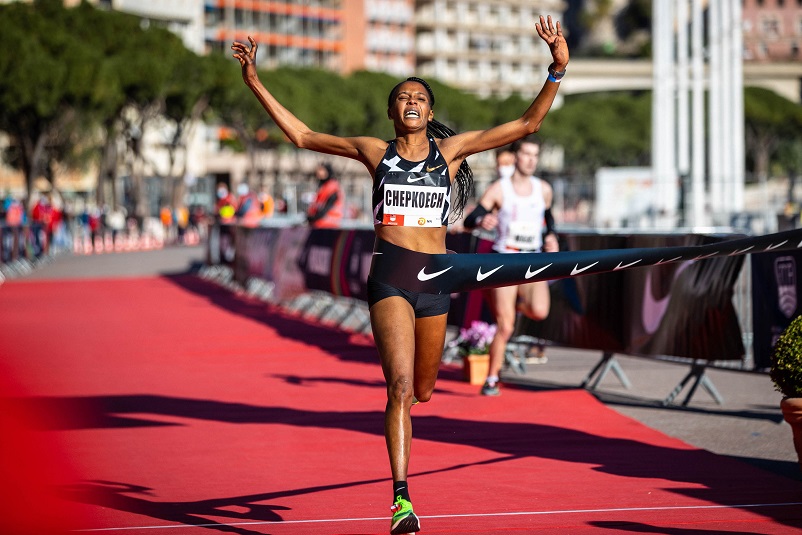 “Monaco is the best place for breaking world records.”

That was one of Beatrice Chepkoech’s first post-race assessments after her sensational 14:43 performance at the Monaco Run 5km on Sunday to clip one second from the world record for the distance. Judging from her CV, she has a point.

At the Principality’s annual Diamond League meeting in 2018, Chepkoech shattered the world record in the 3000m steeplechase by more than eight seconds with a stunning 8:44.32 run, taking the event into uncharted territory. If she decides to become more prolific on the roads – Sunday’s was her first road race since 2014 – there’s no reason to believe that she couldn’t do over road distances what she’s already accomplished on the track.

“I didn’t expect to break the world record,” Chepkoech admitted. “I have been in Europe for the past two weeks so I wasn’t expecting to run so fast.

“It was cold and there was a lot of wind, but I tried to follow my pace maker and everything was perfect.”

Before her barrier-shattering 8:44.32 record-breaking run in the 3000m steeplechase at the 2018 Diamond League meeting in Monaco, Beatrice Chepkoech was best known for her blunder in the steeplechase final at the 2017 World Championships.

She missed the first water jump and carried on running alone around the bend before realising her mistake, doubling back and then having to play catch-up. Having lost the best part of eight seconds on the rest of the field, it effectively ended her medal chances. And while the video of her error went viral on the internet, it was little consolation for another fourth-place finish in a global championship.

In truth, Chepkoech was then one of the least experienced steeplechasers in that World Championships final. She’s since become a vaunted force over several distances, and with her pending 14:43 world 5km record – again, set in Monaco – she’s positioning herself as a rising and potent threat on the roads.

Chepkoech had attempted the steeplechase as a teenager back in 2011, clocking 10:41.3 at altitude in a low-key race in Nairobi, but then spent the next few years focusing on the 1500m on the track, along with a handful of 10km road races.

By 2015 she had reduced her 1500m PB to 4:03.28 and earned bronze in that event at the African Games. Then, towards the end of the track and field season, she returned to the barriers and lined up for the 2000m steeplechase at the World Challenge meeting in Berlin.

In a quality field, Chepkoech finished a close second in 6:02.47. She beat, among others, the likes of Germany’s Gesa-Felicitas Krause who had earned the bronze medal in the 3000m steeplechase at the 2015 World Championships just 11 days earlier.

The performance gave Chepkoech food for thought and she made the steeplechase her main focus in 2016. In her first 3000m steeplechase race for five years, she clocked 9:17.41 to finish fourth in Eugene. She consistently placed highly in all of her races throughout that year, including a fourth-place finish at the Olympic Games in Rio and an identical placing at the Diamond League meeting in Paris two weeks later with a PB of 9:10.86.

Chepkoech returned to her 1500m roots at the start of 2018, winning the World Indoor Tour at that distance before taking the silver medal at the Commonwealth Games in Gold Coast. Starting with the Diamond League meeting in Shanghai, Chepkoech had won all but one of her steeplechase races in 2018.

Her stunning 8:44.32 run in Monaco took 15 seconds off the PB she had set in Paris just three weeks prior. It also made Chepkoech the first Kenyan woman to hold the world record in the 3000m steeplechase, an event that has been dominated by her male compatriots for decades.

It marked another significant step forward in the progression of the event, one of the newer standard championship disciplines for women. When the nine-minute barrier was first broken back in 2008, just 10 other women had ever run faster than 9:20. Fast forward a dozen years and there are now five women with sub-nine-minute PBs, while 50 women from 20 different countries and five continents have bettered 9:20.

Chepkoech made up for her infamous London miscue in 2019 when she raced to the world title in Doha in 8:57.84, a championships record. Chepkoech now owns four the six fastest performances in history and five of the top-nine. The nine-minute barrier has been broken 13 times, six of those performances belong to Chepkoech.