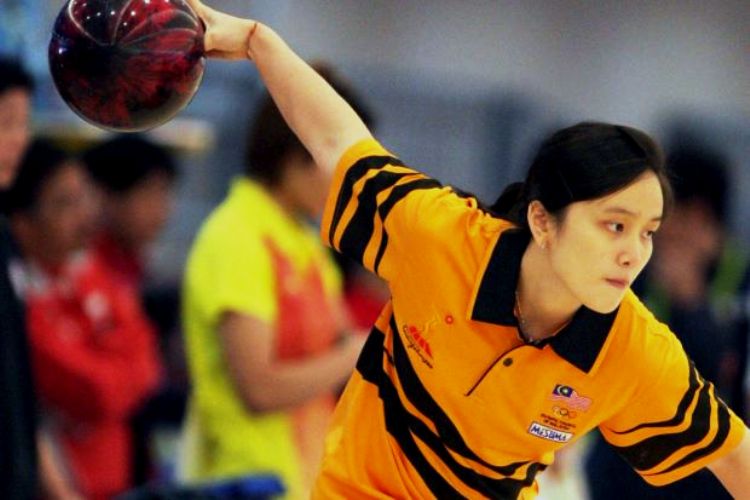 THE women bowlers brought some cheer to the Malaysian camp on Friday after the sombre mood on Thursday when the men bowlers failed to defend their doubles gold medal at the Anyang Hogye Gymnasium in the 17th Asian Games in Incheon.

“More to come,” said Sin Li Jane after she partnered Asian Games veteran Shalin Zulkifli to win the silver medal in the women’s doubles – giving coach Halloway Cheah some breathing space after the disastrous outing by the men bowlers.

But the silver by Shalin and Li Jane had its heart breaking moments as they lost the gold to South Korea’s Son Yunhee-Lee Nayoung by 35 pins. However, the Malaysians are in the mood to build on the silver of better things to come from the bowlers.

Malaysia totalled 2,518 pinfalls for their silver medal efforts. The Koreans took the gold with a 2,553 total while another Korean pair o Lee Yeongseung-Jung Dawun took the bronze with 2,462 total.

On Thursday, Malaysia failed to to defend the men’s doubles gold. Alex Liew and Rafiq Ismail were the best Malaysian finishers in ninth place with 2,414 pinfalls while Adrian Ang-Timmy Tan with 2,345 total ended up in 19th spot. Another Malaysian pair Zulmazsran Zulkfili-Syafiq Risdhwan (2,345) finished 23rd.