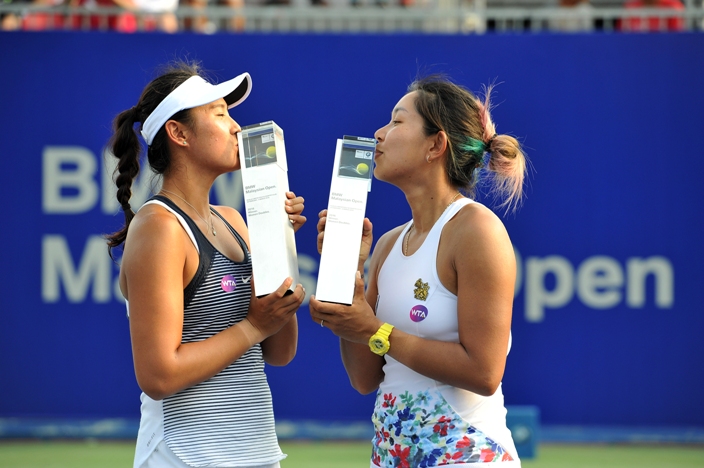 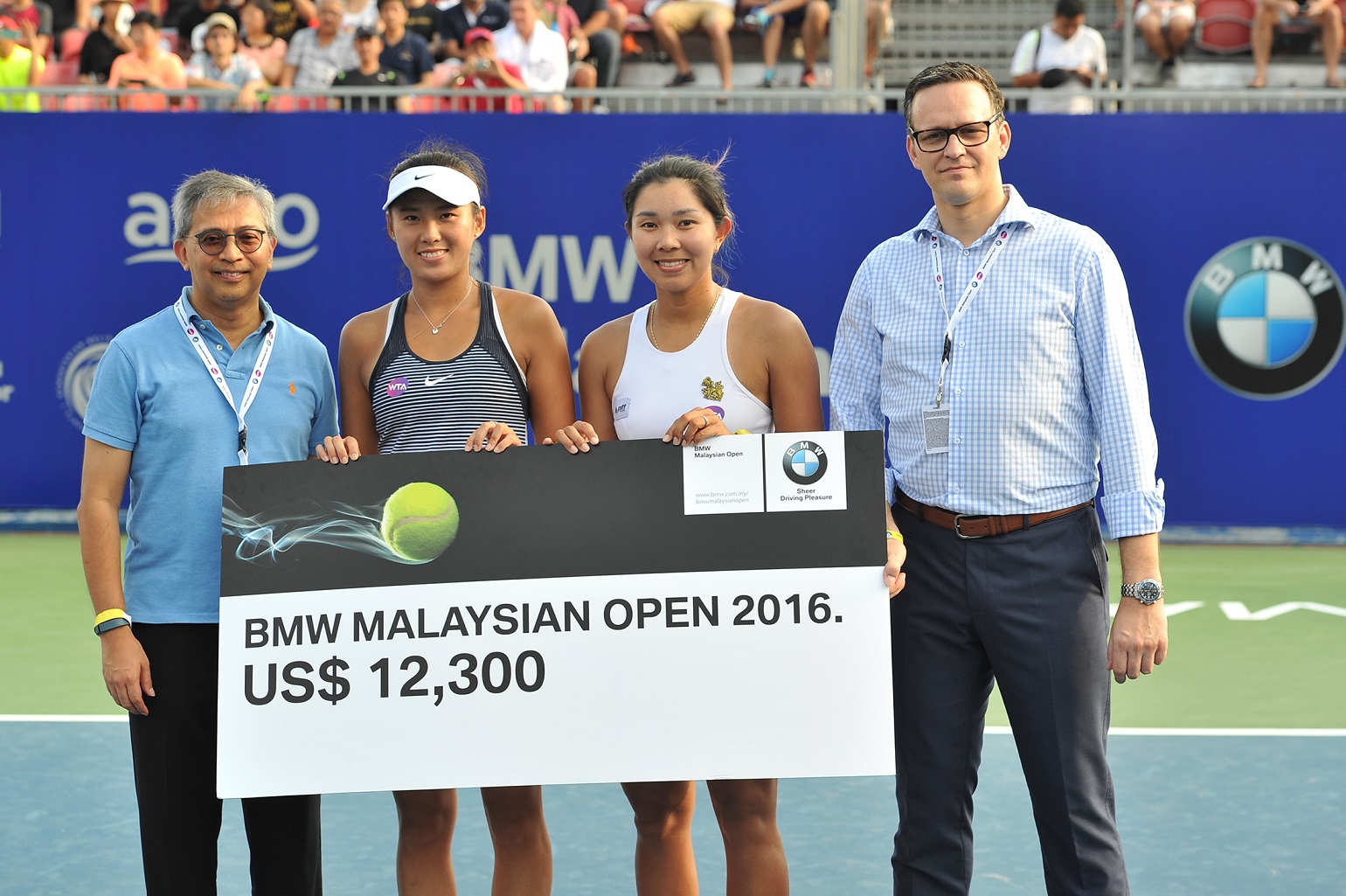 Varatchaya Wongteanchai and Yang Zhaoxuan rallied from a set down to claim the BMW Malaysian Open doubles title.

The Thai-Chinese combination exacted sweet revenge on their previous final defeat at the Hua Hin Championships four months ago to China’s Liang Chen-Wang Yafan, this time beating the top seeds 4-6, 6-4, 10-7.

It was both Varatchaya and Zhaoxuan’s maiden WTA Tour doubles title of their career as they dashed Liang Chen-Yafan hopes of becoming the first pair to defend their crowns in the championship.

“We are very happy with our first ever WTA Tour win,” said a jubilant Varatchaya, who also became the first South East Asian player to win in Kuala Lumpur since its inauguration in 2010.

“Today, we got to play them again and we made it this time!”

Varatchaya and Zhaoxuan, who only combined for fourth time, refused to surrender after falling in the opening set.

And Varatchaya explained how the better first-serve conversion rates made the difference for them in turning the game around.

“We made more of our first serves count,” she said.

“When your first serves are good, you put your opponents under pressure by giving them hard time in making the returns.”

Yafan has accepted that they lost to a better pair.

“Our opponents played very well today. We played them before and won. This time around they didn’t make mistakes much,” she said

“Despite winning the first set, we lost rhythm in the next and they started to play well which forced us to follow their lead on court.

“We played well just for a few key points but we didn’t handle the situation well. We could have done better if we had.

“Nevertheless, we’re happy to be in the final again in Kuala Lumpur.”