Home 2020 WorldSBK title race to twist and turn at Aragon for inaugural Teruel... 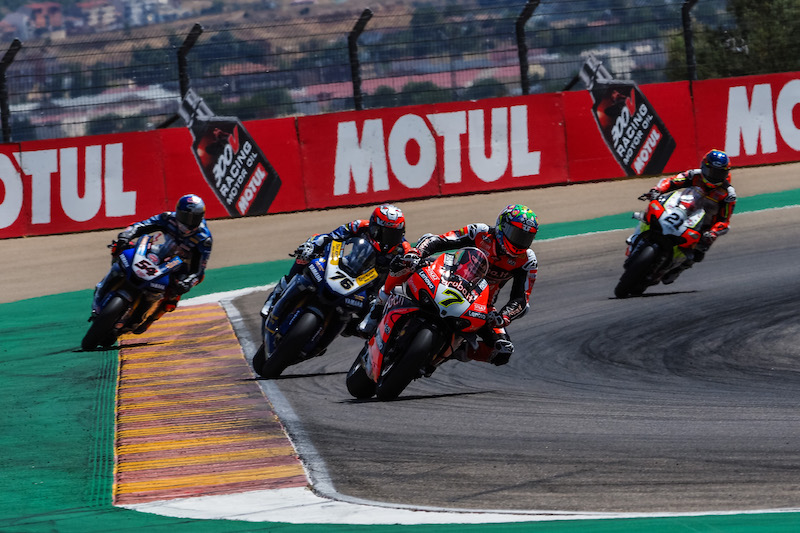 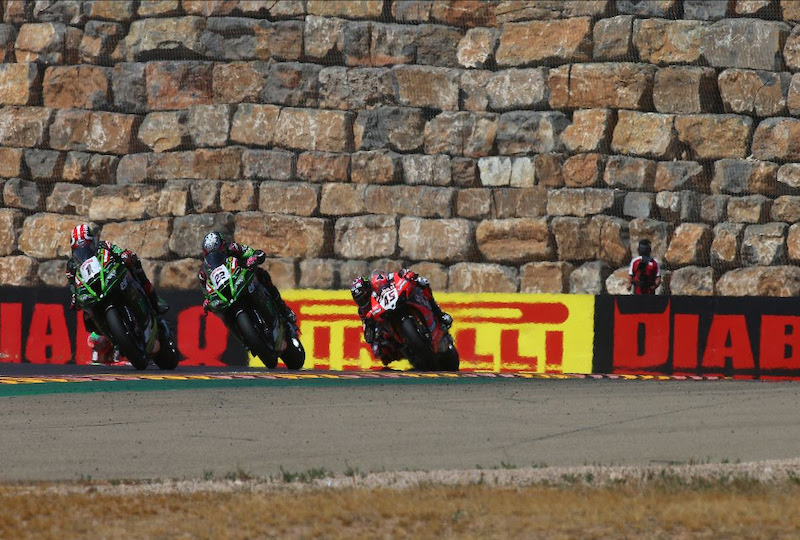 After a dramatic Prosecco DOC Aragon Round, the 2020 MOTUL FIM Superbike World Championship remains at the exciting Alcañiz venue for a second weekend and the Pirelli Teruel Round.

Jonathan Rea (Kawasaki Racing Team WorldSBK) extended his lead at the top of the standings to ten points after two wins picked up last weekend, but Scott Redding (ARUBA.IT Racing – Ducati) is hot on his heels, making for yet another thrilling dynamic in the Championship race.

Topping the standings and winning twice at a circuit he’s not been renowned for winning on, Jonathan Rea’s classy showing saw an extension to his advantage after Race 2.

The Ulsterman now has five wins at a track where Ducati have also been the manufacturer to beat. Can Rea do the same again this weekend and consolidate the Championship lead further?

Teammate Alex Lowes will certainly hope for improvements; a huge Race 1 crash coupled with just 11 points being scored has seen him slip to sixth overall. A podium is required for the early-season Championship leader.

Scott Redding was able to take a Race 1 victory and second in the Tissot Superpole Race but a fourth in Race 2 saw him lose his Championship lead that he picked up on Saturday afternoon. The British rider knows that he must take some points from Rea this weekend to swing the momentum in his favour.

It was a welcome reignition of the rivalry between Chaz Davies (ARUBA.IT Racing – Ducati) and Jonathan Rea in Race 2, the two battling hard with 4 laps to go. Davies is eager for a first win of 2020 and to reclaim MotorLand Aragon as his own. Fourth in the standings, he’s closing in fast.

It was the worst weekend of the season for the PATA YAMAHA WorldSBK Official Team pairing of Toprak Razgatlioglu and Michael van der Mark. Toprak’s best result was sixth whilst van der Mark put in a valiant ride to complete the podium in Sunday morning’s Tissot Superpole Race.

The Dutchman will hope to build on that pace and fulfil his and the bike’s potential in the upcoming Teruel event, whilst Razgatlioglu desperately needs a podium or victory; 65 points back from Jonathan Rea, the title could start slipping from his grasp if a big result isn’t achieved soon.

One of the big stories heading to the Pirelli Teruel Round is that Honda, after just four rounds of the CBR1000RR-R SP, are on the podium. Alvaro Bautista (Team HRC) put in a superb ride, managing his softer compound SCX rear tyre to the end of the race to pick up a rostrum, just 3.5s behind the victory. He and Honda are genuine podium threats this weekend and after so much testing and now a race weekend, maybe they could even

for victory. Teammate Leon Haslam was seventh in Race 2, filling the Brit with confidence ahead of the first ever Pirelli Teruel Round at MotorLand.

It was a weekend to forget for the BMW Motorrad WorldSBK Team. Tom Sykes crashed in Tissot Superpole, leaving him in his worst grid position after Superpole since 2011, whilst Eugene Laverty had a mechanical issue before Race 1 even started. Neither rider scored points in Race 1 or the Tissot Superpole Race, whilst Sykes was 12th and Laverty 14th in Race 2.

They’ll be hoping for better results during the Teruel meeting and that at least a good Superpole can propel them up the order, so they can fight at the very front. Watch out for a vast BMW improvement this weekend.

The Independent battle is raging; Michael Ruben Rinaldi (Team GOELEVEN) is now top ahead of Loris Baz (Ten Kate Racing Yamaha) with 15 points between them. Rinaldi’s first podium could come soon, perhaps even this weekend, whilst Baz needs a stable race weekend in terms of results.

Behind them are Garrett Gerloff (GRT Yamaha WorldSBK Junior Team) and Xavi Fores (Kawasaki Puccetti Racing), separated by just a point. Gerloff was in the battle for seventh with Fores in Race 2 and the Spaniard himself took a best result of the year with eighth in Race 1. Gerloff’s teammate, Federico Caricasulo, was ninth again in Race 1 whilst Marco Melandri (Barni Racing Team) aims for more a top ten return.

Maximilian Scheib (ORELAC Racing VerdNatura) had a good showing in Race 1 until a crash but got his first points since Australia in Race 2. Sylvain Barrier (Brixx Performance) took his Ducati to 12th in Race 1 for his best result of 2020 and aims for more this weekend. will Takumi Takahashi (MIE Racing Honda Team) took his first point of the year in Race 1, and Roman Ramos (OUTDO TPR Kawasaki) will once again deputise for the injured Sandro Cortese. Lorenzo Gabellini is absent after Althea parted company with MIE Racing.

Championship Standings after Race 2, Round 4