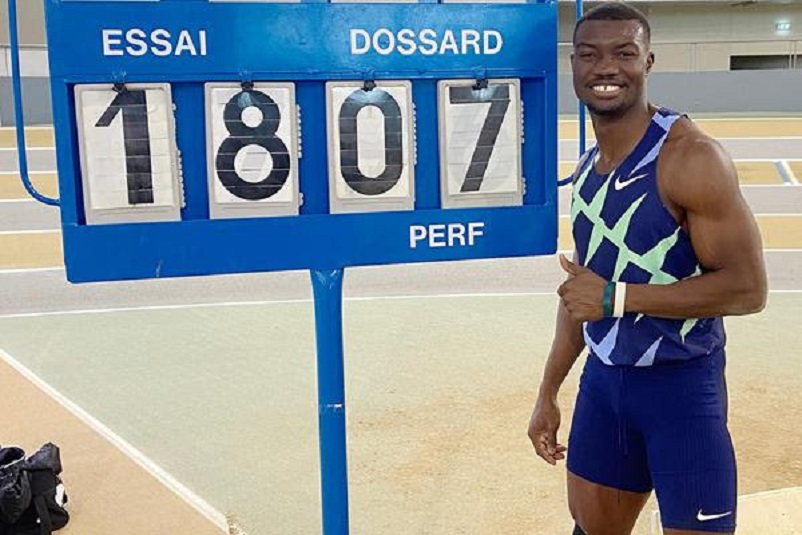 The 27-year-old from Burkina Faso added 15 centimetres to the previous record, set by his coach Teddy Tamgho back in 2011, and becomes the first man to leap beyond 18 metres indoors.

He opened his series with a foul but then landed a valid 17.33m effort in round two. After another foul in round three, he improved to 17.61m and then 17.70m – just seven centimetres shy of his lifetime best.

He saved his best for last, though, and bounded out to 18.07m with his sixth and final effort.