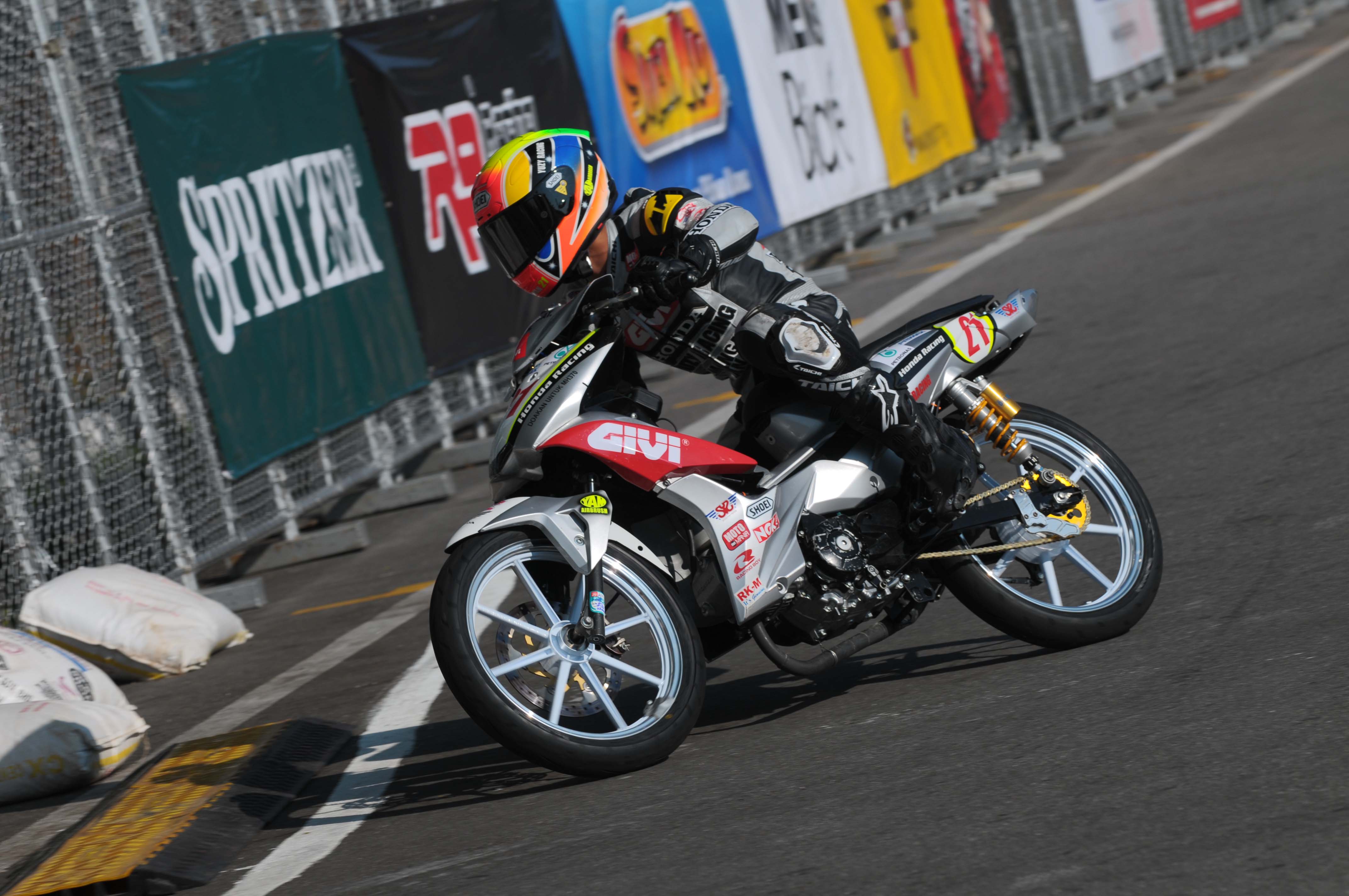 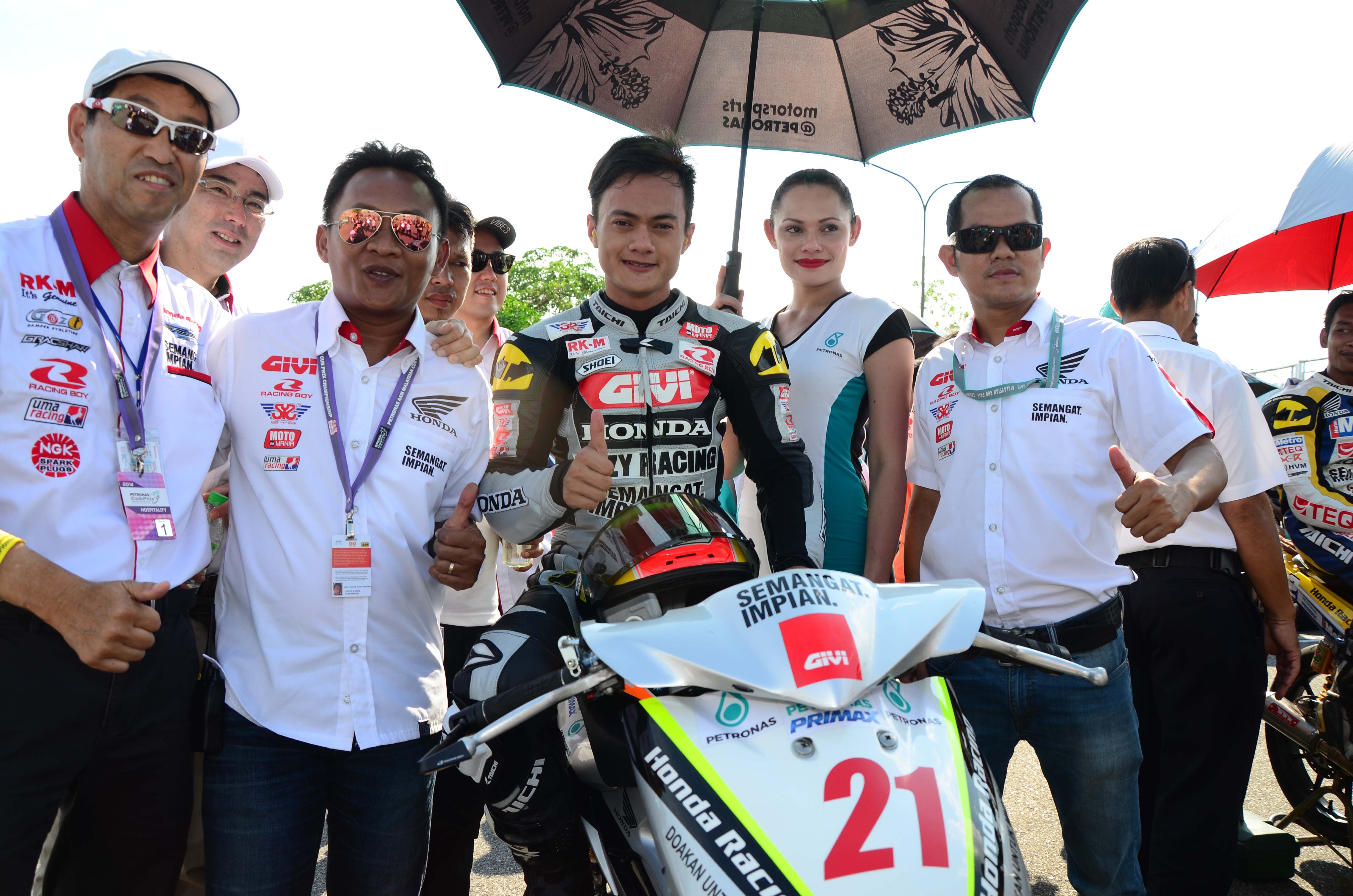 “It feels good to bring forward the momentum we had in Batu Kawan here to Muar. The engineers were spot on with the setup but among other reasons why we could go fast today was because the track has been widen at the first and last turn, allowing for more rolling speed. If not, it would have been very hard to erase the lap record,” said Zaqhwan.

While he admits to being pleased with the current pace, he cautioned a lot of work remains to be done, pointing out that the Yamaha riders were consistent throughout the day and they have been winning at Muar since its introduction in 2012.

Adding on to his fear, Zaqhwan has had bad memories losing out on the SuperPole last season despite posting the quickest practice lap time in the practice.

“I can’t afford to get comfortable with today’s achievements considering the top five riders are only separated by one second. Hence it is very important to master tomorrow’s SuperPole because last year I started from second row and found it very hard to overtake. I don’t intend to repeat the same mistakes,” he said.

The Terengganu born rider posted his quickest lap in his ninth tour around the 947 metre track, just 0.029 seconds ahead of 2011 Champion, Mohd Amirul Ariff Musa (Givi Honda Yuzy Racing) who stopped the clock at 41.282s. Zaidy Mohd Zaifaizal on the other hand settled for third best with 41.600s.

“Last season we struggled a lot with technical issues but this year I think we are in a much better position. Hopefully we can capitalize on this advantage and make YY Pang proud by stepping on the podium again,” said Tengku Amirul who finished second in Batu Kawan. 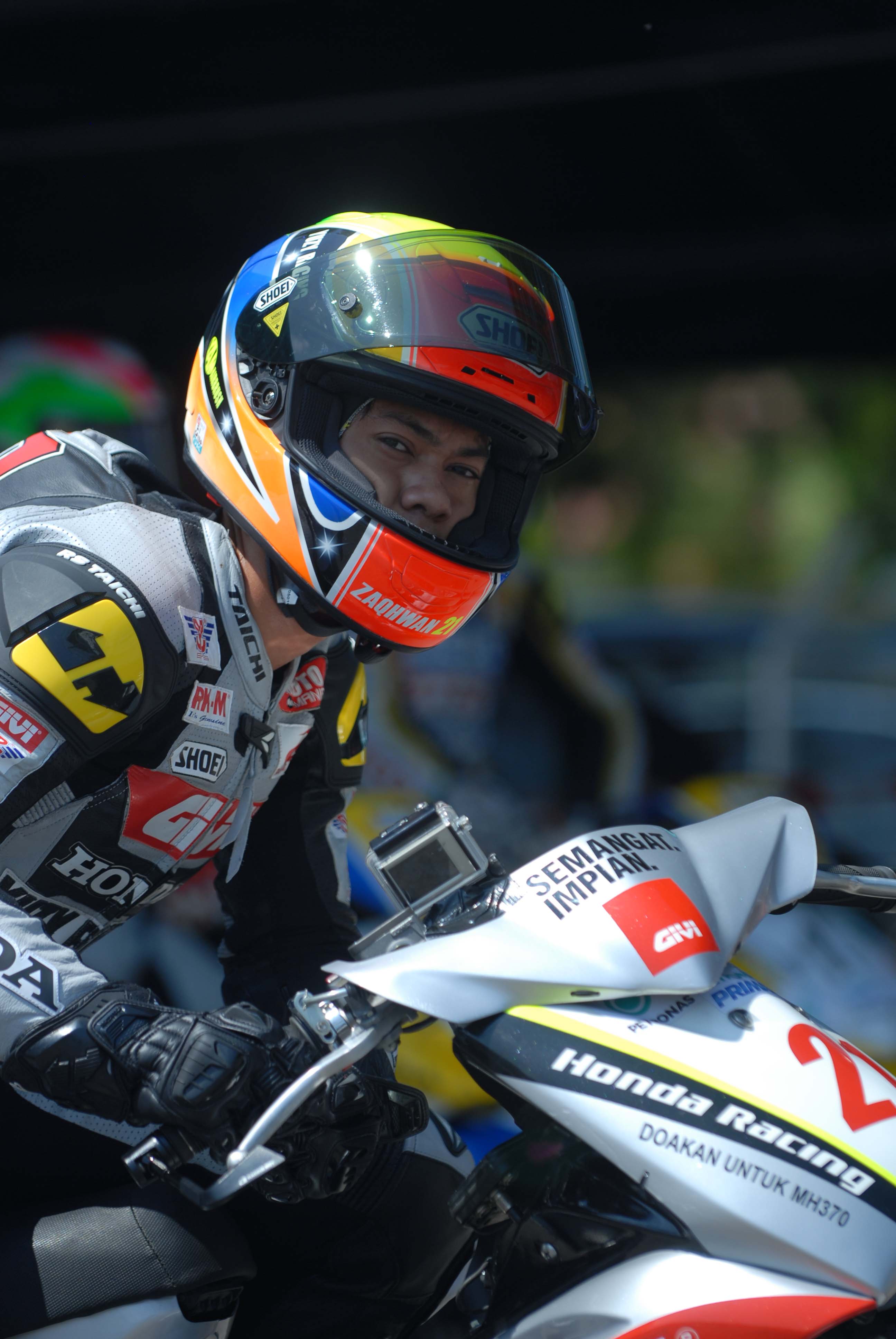