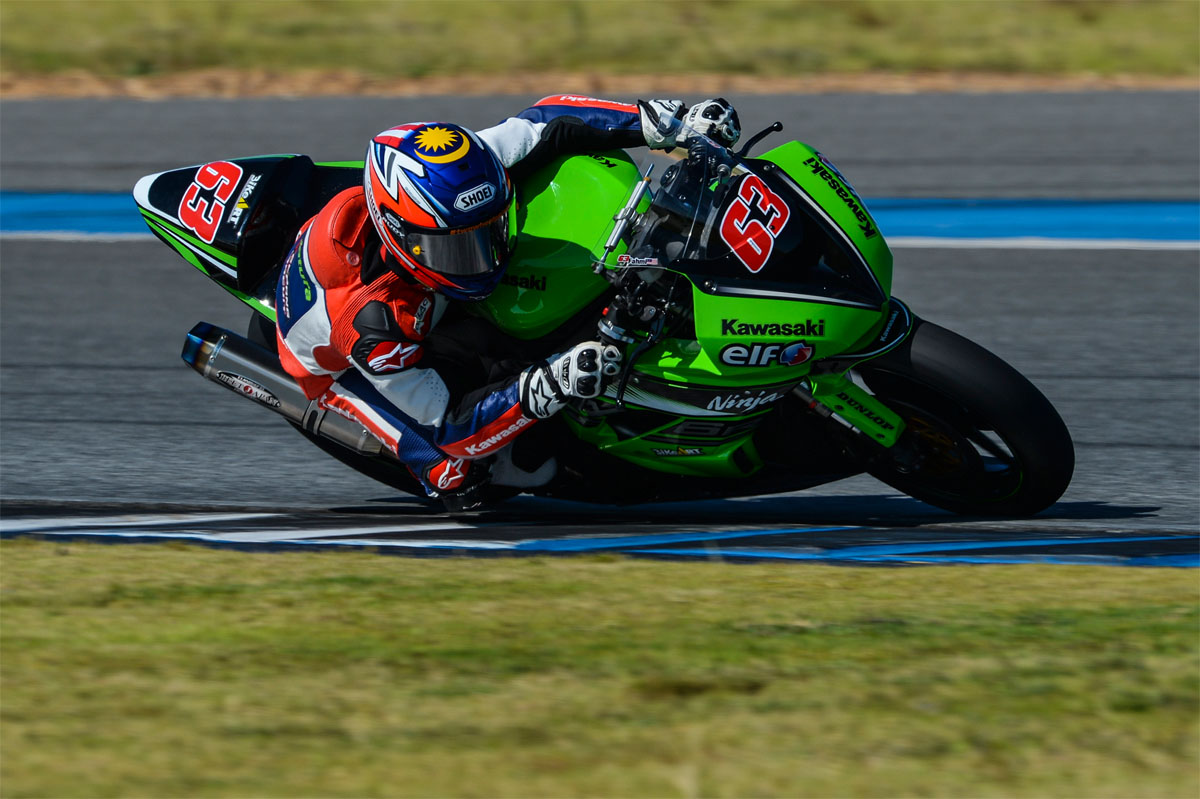 Former Moto3 rider Zulfahmi Khairuddin is back at the MotoGP World Championship.

Zulfahmi, who competed in the World Supersport Championship for the past two seasons, will be challenging for honours in Moto2; joining forces with his former associates at SIC Racing Team on board of a Kalex machine.

Fahmi will have his first taste of the 600cc Moto2 machine on February 6 as the team participates in a three-day official test at the Circuit Ricardo Tormo in Valencia, Spain.

Despite the short notice, Zulfahmi has declared that he was ready for the challenge and the change; making full use of his experience on the 600cc Supersports machine in preparing for his new adventure.

“On behalf of SIC, we are ecstatic to witness Zulfahmi racing with us once again under the SIC Racing Team banner in 2018. With his previous achievements in 2012, we hope Zulfahmi would relive history once again for Malaysia. Upon our deliberation, we feel that Zulfahmi would be the prime candidate to be placed in Moto2 as he has already been exposed to World Supersport Racing for the past 2 years. That valuable experience has given him a foundation in racing with a higher cc machine against international riders. Yes, it will be relatively tough for Zulfahmi going into transition to Moto2. But, we have faith that with the collective experience of each crew member in his new team,  Zulfahmi would be able to achieve his targets and bring glory to Malaysia along with Moto3 rider, Adam Norrodin, as Malaysians racing in the world championship.”

“It’s really great to have this opportunity. So, I would like to thank SIC, especially Dato’ Razlan for his continuous support and his belief in me. I’m really excited to return to the MotoGP paddock. In Valencia, the focus will be on improving my feeling on the Moto2 bike and getting up to speed quickly. I don’t think it’s that bigger step for me from Supersport to Moto2; but for sure the competition will be hard and I have to do a lot more laps. I hope to get some good data in Valencia before we test the following week in Malaysia.

“Zulfahmi Khairuddin will now join us in Moto2 for 2018, which was a bit of a surprise because we had planned for Hafizh to be riding, but nevertheless we are prepared. We have been working very hard for the last six months to prepare the Moto2 project and we have everything in place. We have very good people behind this project and this team. We will give Fahmi the best support and the best bike; I think he will be surprised how nice it is to ride a Moto2 bike. Of course it will be difficult too, it’s a tough Championship and it will require a lot of hard work from him but Fahmi feels confident and ready to take on this challenge. We will be there to help him prepare and support him throughout.

Now we have nine days of testing before the first round at Qatar, so we have a lot of work to do and a lot of things to try and help Fahmi in his change from Supersport to Moto2 but I am sure he will like the bike and love the team, as he already knows many people here, so it will be an easy transition for him.”