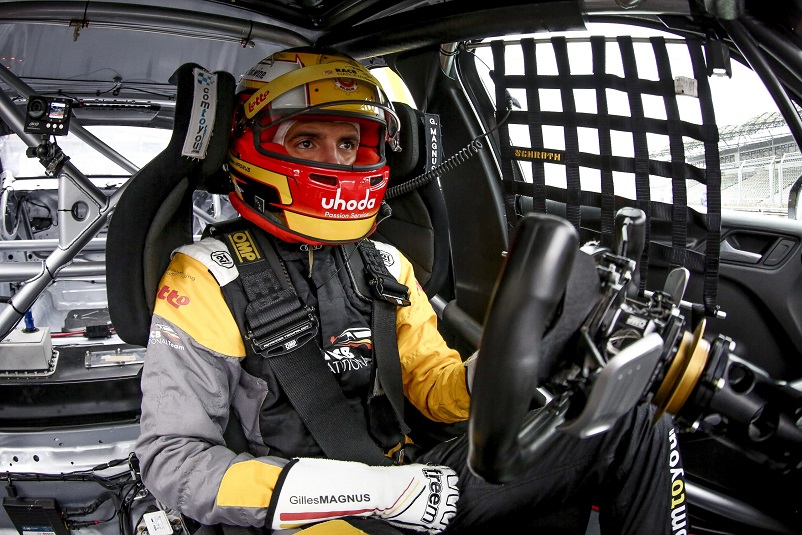 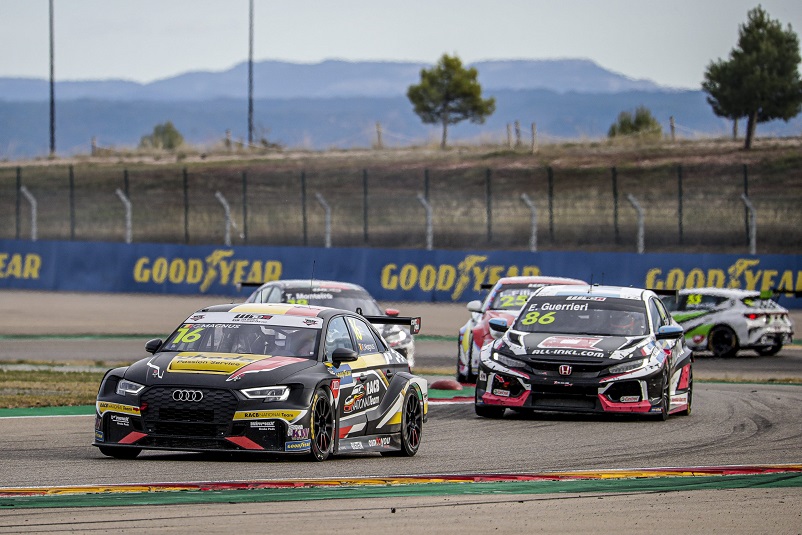 Gilles Magnus punched firmly above his weight during a sensational debut season in the WTCR − FIA World Touring Car Cup in 2020 driving a Goodyear-equipped Audi RS 3 LMS for Comtoyou Racing.

As well as landing the FIA Rookie title, the 21-year-old scored four overall podiums and finished fifth in the final order. With continued backing from the Belgian ASN’s RACB National Team, Magnus is being tipped for more big things in 2021 when he’ll do battle in Audi’s second-generation RS 3 LMS.

You’re all set for a second season in the WTCR. How important is this for you and your career?
“It’s really important because it’s been tough to get here. The biggest step of the season is always being there but it’s not easy and it’s always a big achievement. But it’s big thanks to all the guys involved, Comtoyou, RACB, Audi Sport. They’ve been working really hard to get me to where I am today, on the grid of the WTCR and a second season at 21 years old is not that bad!”

There’s a lot of belief behind you, that must mean a lot, right?
“Without these guys I wouldn’t be here − and it gives you a good feeling of confidence having these guys behind you and knowing they really put not only their trust, but they invest in you. It shows they see the potential in me and that’s a good thing.”

The RACB is expecting big things from you. Is winning your first WTCR race achievable?
“Let’s see. We’ve been really close last year already so why not? It’s a dream for sure and that should be the first goal. For sure the first win would be something amazing and something I have been dreaming of for a long time. It would be an amazing achievement to win and hopefully it’s not something I will still be dreaming of at the end of the season.”

Is there an obligation, almost pressure to achieve your first win?
“I don’t really think so. For sure the RACB expect me to be in better form than last year, which isn’t easy because I think I was in great form last year already. After last year I’ve probably put more pressure on my shoulders by finishing in the top five. But I don’t really think about it and I don’t feel a lot of pressure to be honest. For sure there is always a little bit of pressure when people are investing in you, but it’s not a limiting factor, it’s extra motivation.”

How unexpected were your achievements last year?
“I hoped I would be as competitive as I was, but I didn’t really know what to expect. We came to Zolder for the first race, my home track, and it started off really well with third place in qualifying.  From then on, I believed I had the pace to be in the front. But the pace I had was better than my expectations were, and not only mine but everybody around me.”

You’ll race the second-generation Audi RS 3 LMS. What are your impressions of the car so far?
“We’ve been testing already a little bit and for sure it’s a big improvement, which is normal with six years between the cars. But Hyundai have gone forward [with a new car] and all the brands have improved. I’m not saying we will have a big advantage, but we will have a good car to fight with and let’s see how far it will bring us.”

The car’s new but the team, Comtoyou Racing, remains the same. How good is that?
“It’s my third year in a row with Comtoyou and the support they give me is amazing. But it’s not just a racing team, for me it has become a family. I know everyone there, I know how they work and I feel even more relaxed going into my third season with them. When you have to change teams and get to know new guys this is always difficult at the start. But I don’t feel like anything is new, it’s a season continuing because not that much has changed.”

Frédéric Vervisch returns to Comtoyou for 2021 so what can you learn from him?
“That’s an amazing thing, a complete Belgian line-up. Fred is a nice guy, I’ve known him for a few years now and I’ve driven with him in Belcar, the endurance championship in Belgium. He’s really quick, and we all know how experienced he is, not just in TCR cars but in GT cars he’s proven his worth. With so much experience and so much speed I can only learn from him.”

The legendary Nürburgring Nordschlefie is up first on the WTCR schedule in less than a month from now. Is that an exciting or daunting prospect?
“For sure it will be one of the most difficult races for me. I have my experience from last year, but I am still a rookie compared to many of the other guys. Last year on a dry track I proved that I could be really quick, so I’m going there with quite a bit of confidence even though it won’t be easy. But if it rains this is a track where you should go no further than your limit. You can only learn by making mistakes and for sure you should never underestimate this track because it’s really challenging. I will give it my best shot.”

You’re set to get your first experience of street racing in the WTCR. Will you be ready?
“I did Pau in Formula 4 in my second ever race weekend. I know you should not underestimate street tracks and these are tracks I don’t know, so I need to take some time, not push from the start but be calm and learn. But I’m really excited to be learning these tracks, not terrified. Once you are terrified driving a race car you shouldn’t be doing it. But going to Macau, for example, is a big dream, one of the most beautiful tracks that exists around this planet.”

Will you have time to do any other racing this year?
“There’s nothing really decided yet but I’m trying to focus as much on WTCR as I can. It’s my main goal for this season so I should stay focused on that.”

And what about your day job?
“The family company is in the wine business in Belgium, which for sure doesn’t go with racing. I’m quite busy before the season but once the season starts, I focus on that. I do a few jobs for the business, a little bit on the logistics as we have a few trucks and vans driving around. I also sell wines with a personalised label to certain companies, and I also help with the general management. But not when the racing starts because that’s how it should be when you get the opportunities I have been given in WTCR.”

MORE ON MAGNUS: REVISIT WTCR FAST TALK, LEAVING THE INDOORS FOR THE BIG OUTDOORS
“We all had the same passion for racing, we started when we were quite young doing indoor karting and outdoor karting. My brother got some nice results in karting, although he didn’t continue, he put some fire in me because you always want to compete against your brother. I was about eight years old when we started and had to drive with the slower karts, the kids karts, but I didn’t like that. I didn’t have the height to go to the bigger karts but finally, after some discussions with the indoor karting people, they let me in the big karts and I remember the speed was magnificent. This was the moment when I thought I want to grow in the sport and do this all my life. They were only going 50 but it felt like 300kph.”