Home 2020 Aaliyah looking to step up Down Under 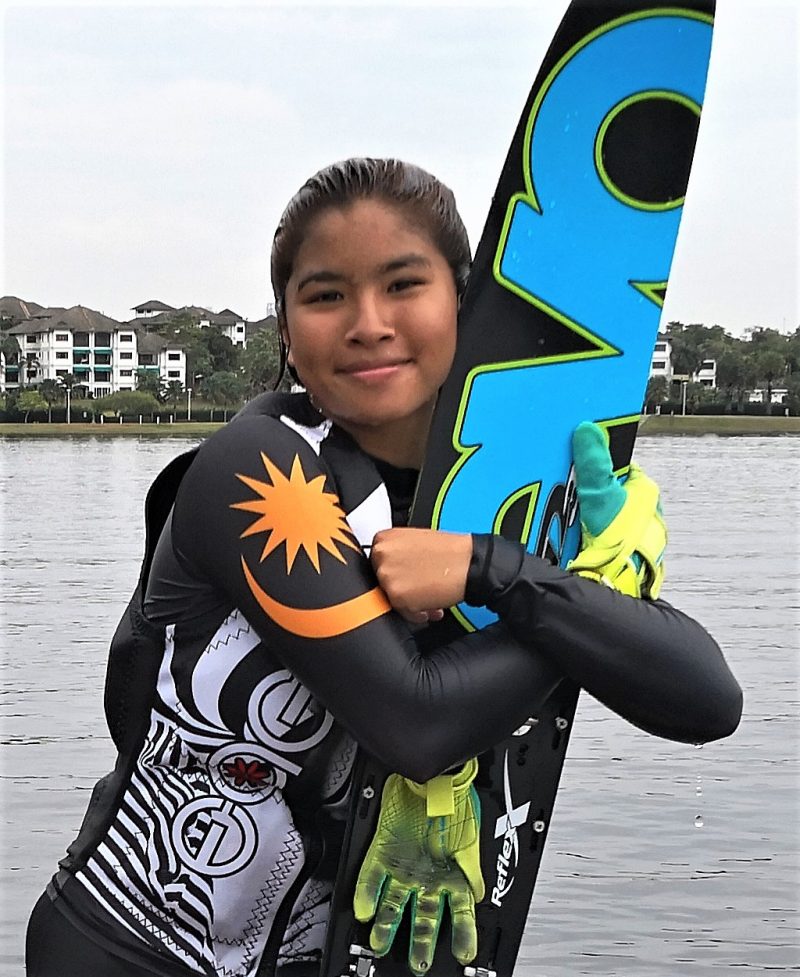 Malaysian teenage waterski prodigy Aaliyah Yoong Hanifah will be looking to up her game when she gets underway in her first competition of the year in Australia this week.

The 16-year-old enjoyed a sensational season last year where she capped many firsts in her career.

She became the first ever Malaysian waterskier to reach the final of the World Championships where she eventually placed ninth.

Aaliyah also capped a glorious outing at the Asian Waterski Championships in September where she swept all four gold medals – slalom, tricks, jump and overall.

To top if off, Aaliyah also smashed her own personal best to set a new Asian Championship record in tricks with a score of 7,680.

Now the spunky teenager is set for another first as she will for the first time compete in all three events in the junior and Open categories of the famous pro-event Moomba Masters that is held annually on the Yarra River in Melbourne from March 4-9.

It is a significant level up for Aaliyah who is currently ranked No. 2 in the world for tricks and No.3 in the world in overall in the Under-17 category.

And it is also a good opportunity for Aaliyah to try and close the gap on the world’s elite waterskiers especially with the World Junior Waterski Championships that is held in Florida later in August, in mind.

“The expectations for Aaliyah is for her to try and better her performances from last year,” explained Malaysian Waterski and Wakeboard Federation (MWWF) head coach Hanifah Yoong.

“This is because we want to try and consolidate her world rankings to order to get a good seeding for the world juniors later in August.

“It’s definitely going to be a big challenge for her at the Moomba this time because it’s the first time she will compete in three events for both the junior and open categories.

“But she’s feeling fit now and has been on song in training so hopefully this will be a good outing for her,” added Hanifah.

While the open categories may be a step too high for now, Aaliyah is certainly a medal prospect for the junior events, especially in her pet event – tricks and overall.

She finished on the podium in both these disciplines last year and hopes to attempt a third podium, in jump, and perhaps even win the tricks discipline.