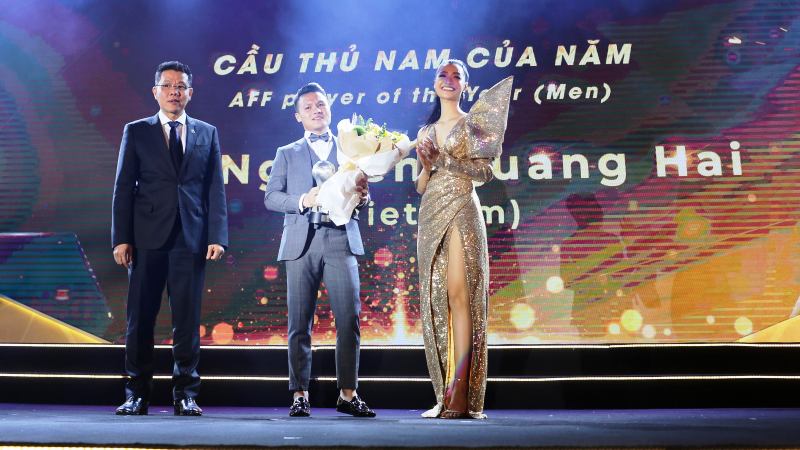 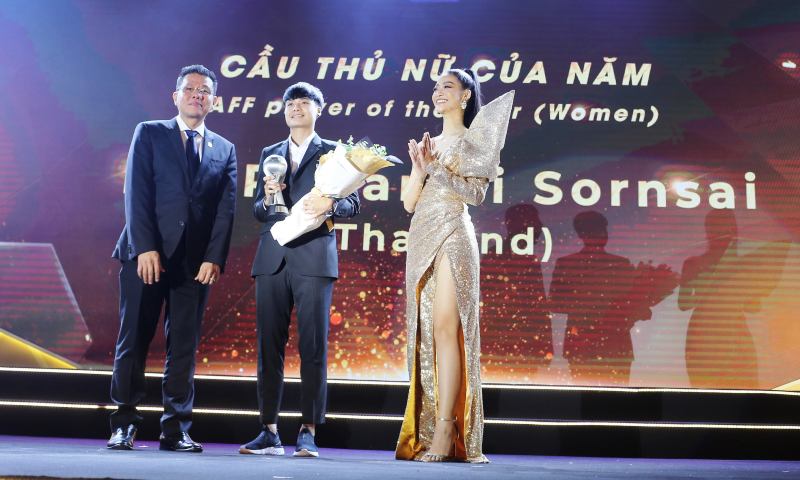 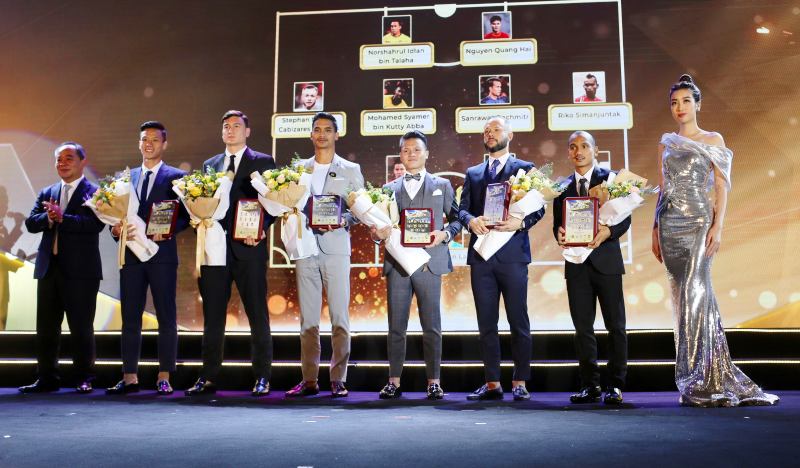 Quang Hai, 22, played an influential role in Vietnam’s victory in the AFF Suzuki Cup last year. He was consistent throughout the competition and even struck three goals. It was no surprise when he was voted theAFF Suzuki Cup’s Most Valuable Player last year. “I’m happy to have won this award. I dedicate this award to the Vietnam fans,” said Quang Hai, who also thanked the VFF, his coach and the national squad and club teammates.

“For sure this award will motivate me to work even harder and bring more success to my country.”

Pitsamai has been a regular feature in the Thai team for several years. Last year saw her compete in the World Cup in France and also in the AFF Women’s Championship which Thailand won in 2018 and finished runners-up this year. “I thank the fans and also the FA and coach for this.”

South Korean coach, Park Hang Seo, who steered Vietnam to the AFF Suzuki Cup crown last year, was announced as the Coach of the Year. Hang Seo also led Vietnam to sensational performances in the Asian Games and AFC Under- 23 competitions.

Thailand’s Nuengrutai Srathongvian, who handled the national team for the World Cup in France earlier this year, won the AFF Women’s Coach of the Year award. Thailand was second in the AFF Women’s this year and champions the previous year.

Vietnam meanwhile wrested the AFF National Team of the Year Award with Thailand emerging the winners of the women’s National Team Award.