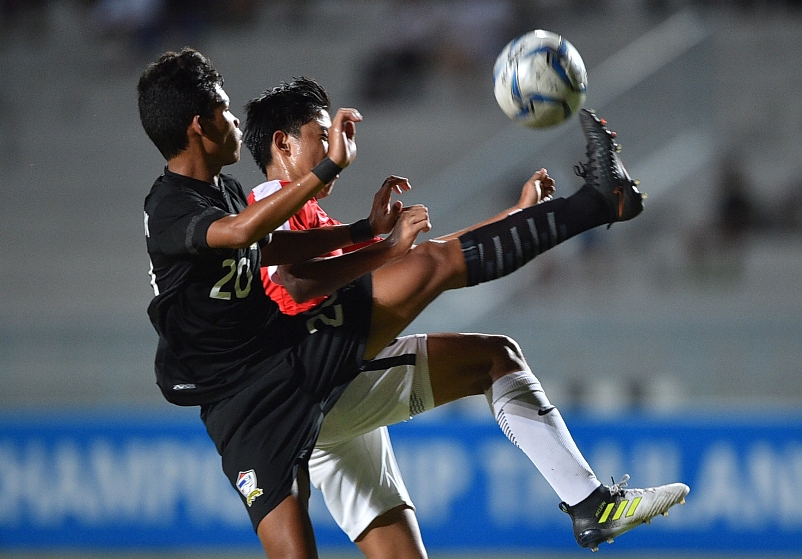 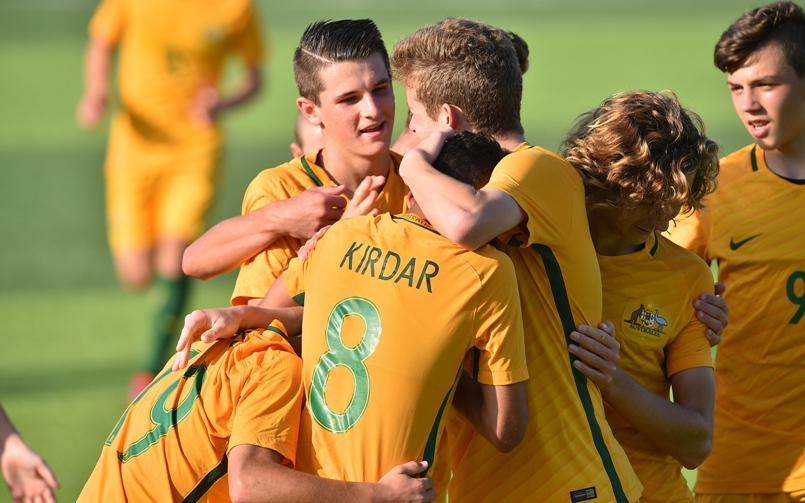 A second string Thai side propelled the hosts to the semi-finals of the AFF Under-15 Championship 2017 when they beat an obstinate Singapore side 2-0 in the final game of the day at the IPE Campus Stadium this evening.

After winning their last three matches handsomely, Thailand were just in a zone of their own as they made a handful of changes against a Singapore side already out of contention for a place in the next round.

But Singapore were anything but easy as they were more determined and more organised in defence as they fend off the Thai onslaught. The score at the end of the first half was 0-0.

Considering the number of chances that was created, it was to be a matter of time before they make the score sheet and in the 60th minute, they finally got things going with Thakdanai Jaihan blasting from inside the box.

The second goal then came off Kittiphong Khetpara right at the death in the 80th minute to complete the win and for Thailand as they picked up their twelfth points from four matches played.

Their final game in Group A will be against Myanmar in two days.

In the meantime, Australia powered past Myanmar 5-0 in an earlier match.

In the game that would decide which team would have the best chance to  go through to the next round, the Australians – who had lambasted Indonesia 7-3 in their previous Group A encounter – were obviously not in a compromising mood.

And with an almost full turnout at the stand as well as several hundred more in the fringes of the stadium, the game had all the marking of a great one.

Notwithstanding the artificial pitch, the game rolled as had been expected with Australia taking the early initiative to press their physically smaller opponents into their own half.

It took 18 minutes Australia to prise open the stubborn Myanmar defence with Brodie Boyce unleashing a floater from the right that sailed to the far post of Myanmar keeper Nay Lin Htet.

Midfielder Birkan Kirdar was distributing the ball well at the centre of the park as Lachlan Sepping and Noah Botic poured forward to harass the Myanmar defence ragged.

But the Myanmar backline stood firm to deny the Australians to just a 1-0 lead at the half.

However, the second half was all Australia as they scored three quick goals within a space of seven minutes through Joshua Varga (48th minute), Sepping (50th) and Luke Duzel (55h) to put them comfortably four goals in front.

Australia then rounded off a fine Chonburi afternoon with a late penalty in the 76th minute off Botic when he was felled inside the box by Myanmar defender Khaung Khant. 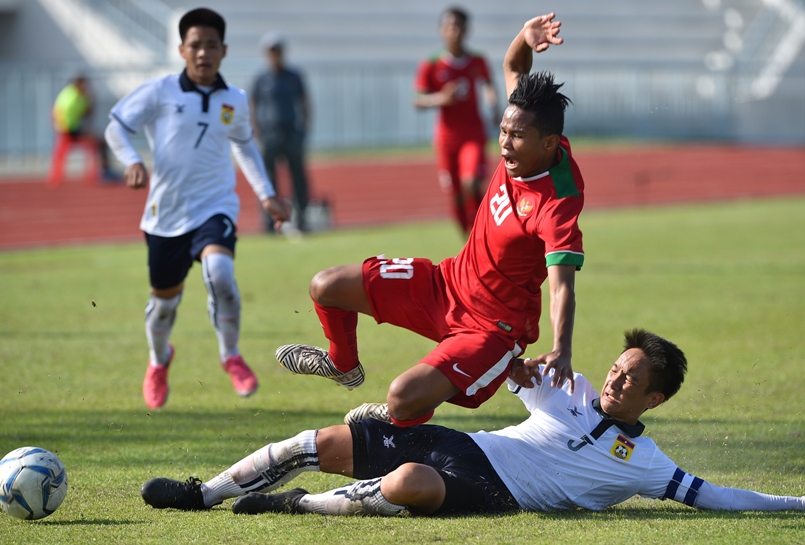 On the other hand, Laos kept their mathematical chance of a place in the semi-finals alive when they beat Indonesia 3-2.

Khamsavanh Louanthammakhanh grabbed the opener in the 13th minute as Indonesia’s Althaf Indie Alrizky nailed the equaliser in the 32nd minute.

And while Indonesia’s Rendy Juliansyah managed to slot home the second goal in the 64th minute, there was no late revival as the score stood all the way to the end.

The loss for Indonesia spell the end of their journey this year in the AFF U15 as Laos will now look to beat Australia in the final group match for a place in the semi-finals.

This even though, they have a hefty 16 goal difference to make up for against the Australians.