Home News AFF VIETCOMBANK U19: Thailand and Australia in next round 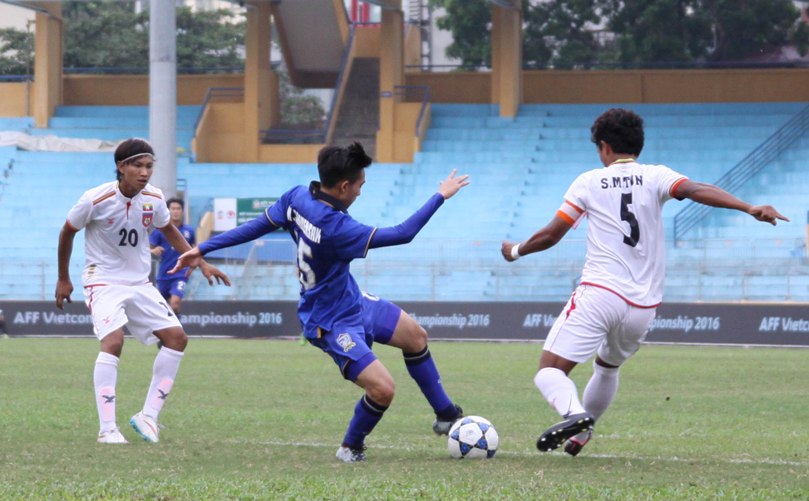 There was a whiff of an upset but Thailand and Australia did just enough to join Vietnam and Timor Leste in the semi-finals of the AFF Vietcombank Under-19 Championship.

Myanmar were up against already-qualified Thailand and they needed to win the game while at the same time hope that Laos do them a favour against Australia for them to make the semi-finals this year.

Up until the hour mark, all seems to point to just of such an upset after Myanmar were 1-0 up as early as the seventh minute off an own goal from Thailand’s Ariyapol Chanson while Laos were in front through Santi Somphoupeth in the  44th minute.

But the second half would be different for Thailand.

The introduction of prolific striker Supachai Chaided and also midfielder Sansem Limwatthana changed the pace of the game as Thailand took more control of the midfield to press Myanmar.

Ten minutes into the restart and Thailand signalled what’s to come with Supachai firing in that narrowly sailed over the crossbar.

And three minutes later, the score was 1-1 as Supachai crashed the Myanmar defence to slot home past keeper Sann Say Naing.

With news beginning to filter through soon after that Australia had drew level off John Scott in the 73rd minute, it took the fire out of Myanmar as they began to realise that a place in the next round is fast slipping away.

A second goal for Australia through Raymond Blackwood’s penalty in the 85th minute sealed the deal for the runner’s spot.

In the meantime, Indonesia completed their group fixtures with an exhilarating 4-3 win over Cambodia.

Saddil Ramdani grabbed a hat-trick with goals in the 32nd, 57th and 90th following the earlier goal from Muhammad Rafli in the 30th minute.