Home 2022 AFFU16: Indonesia and Vietnam hit the right note in Group A 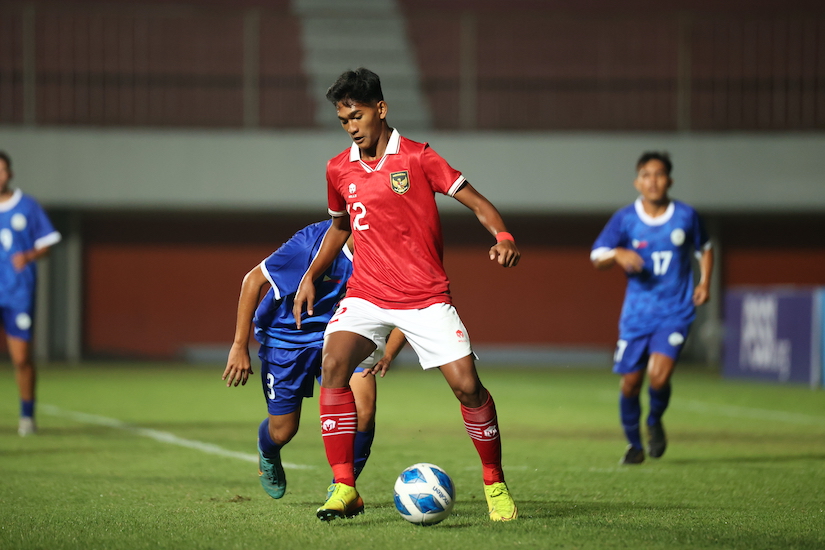 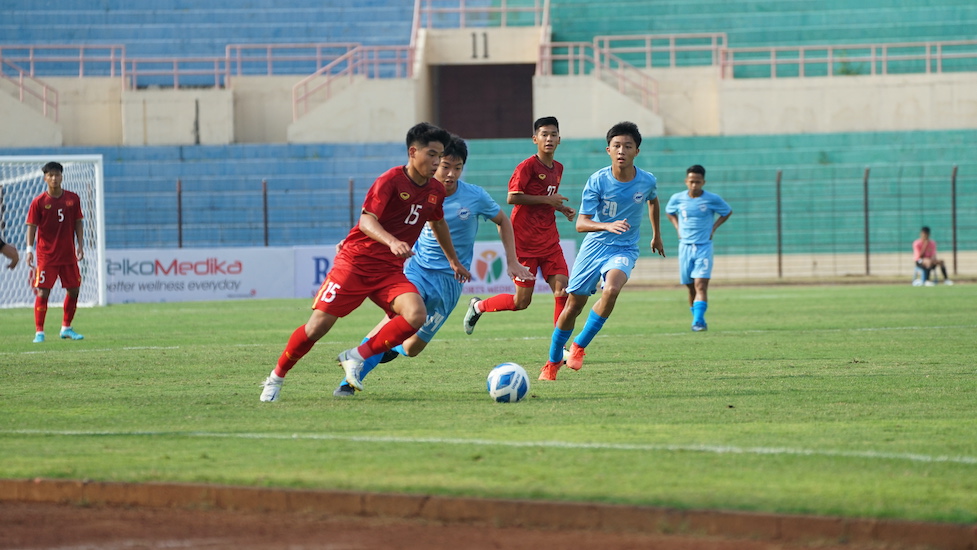 Host Indonesia and Vietnam started their Group A campaign in the AFF Under-16 Championship 2022 on the right note when they each collected the full points against the Philippines and Singapore respectively.

In the match that was played at the Maguwohargo Sleman Stadium, Indonesia capitalised on an early goal to beat the Philippines 2-0.

“We created a lot of chances but we just could not add to the score line. But it has to be pointed out that the Philippines were not a bad side. They certainly gave us some tough moments,” said Indonesia head coach Bima Sakti.

In front of some expectant 1,500 fans, Indonesia could not have started on a better footing than with a ‘gift’ from Philippines captain Jared Pena in the fourth minute, whose attempt to deny Indonesia’s Achmad Zidan Armosyid resulted in an own goal.

All pumped up, Indonesia were anxious to double the advantage as they pressed the Philippines much into their own half with Muhammad Rizky and Achmad Zidan, both coming too close all too often.

The first half would end with Indonesia two goals in front when Arkhan Kaka Purwanto’s flick on from a Habil Abdillah Akbar’s cross sailed into the Philippines goal.

Into the second half and Philippines keeper Cesar Alonso Castro continue to frustrate Indonesia with his clever positioning and crucial saves at important points in the game.

In the 61st minute, the Philippines created their best chance of the exchange but Pena’s effort went wide of the intended target.

“The plan was to match Indonesia in the first half but we made that early mistake. We managed to limit the score to 2-0 which I thought was pretty good,” added Philippines head coach Christopher Pedimonte.

In the meantime, in an earlier match that was played at the Sultan Agung Bantul Stadium, Vietnam started their campaign with a confidence-boosting 5-1 win over Singapore.

Singapore had started well enough but a mistake in the ninth minute would cost them dearly when a poor clearance saw the ball falling onto the path of Nguyen Huu Trong, who did not need an invite for the easy finish.

With a goal in the bag, Vietnam seemed to be growing in confidence, and in the 23rd minute, the hard-running Phan Thanh Duc Thien bore the team’s second goal with a well-worked finish.

And while Muhammad Rasul Ramli gave Singapore a lifeline in the 45th minute with a well-taken freekick, Vietnam made sure of their two-goal advantage at the break when Nguyen Xuan Toan unleashed a floater to the far post.

The substitution for the nippy Huynh Van Danh in the 55th minute gave Vietnam instant jubilation when he headed home the corner with his first touch of the game to put the score at 4-1.

However, Vietnam had to play with a man less in the 89th minute when Huu Trong picked up his second yellow that referee Pansa Chaisanit from Thailand had little choice but to give him his marching orders.

But in spite of that setback, Vietnam still trudged on and with seconds left on the clock, Hoang Cong Hau weaved past three defenders before slamming home the ball beyond the reach of Singapore custodian Kaiden Ng.