Home 2022 AFFWomens: Filipinas stun U23 Aussies to kick off meet 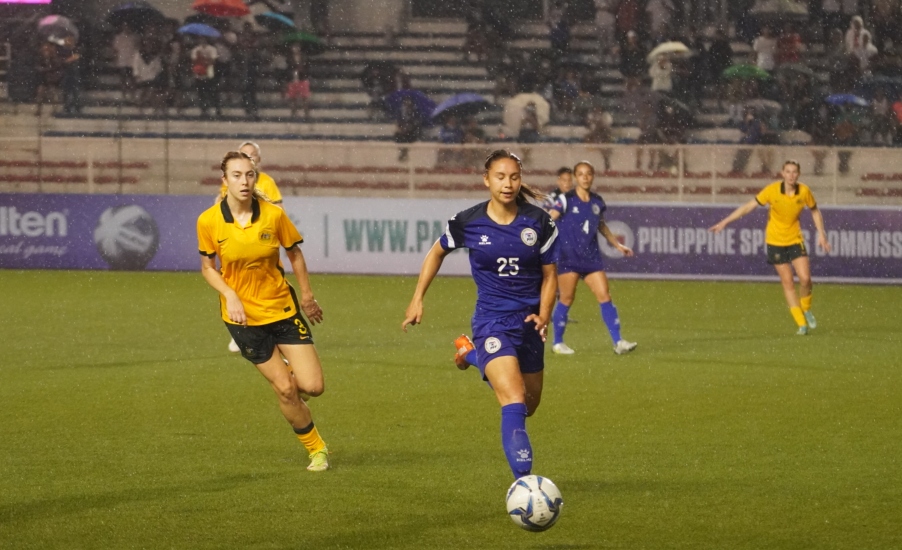 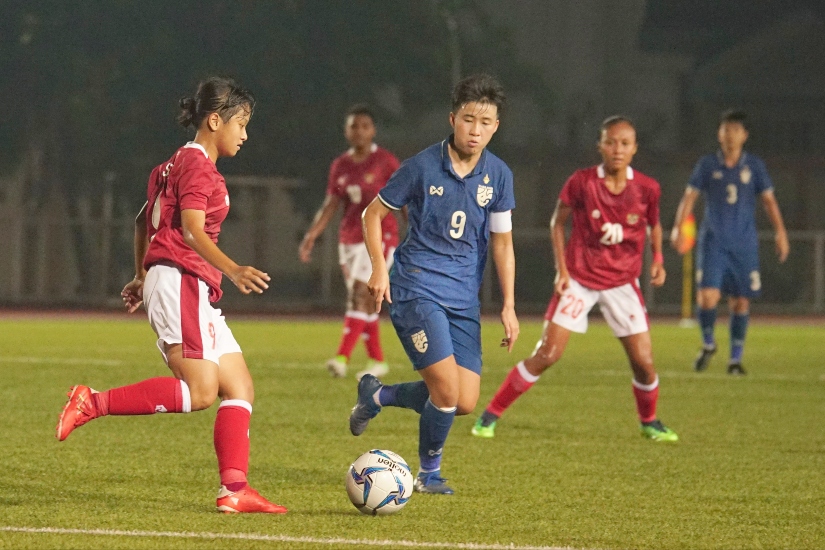 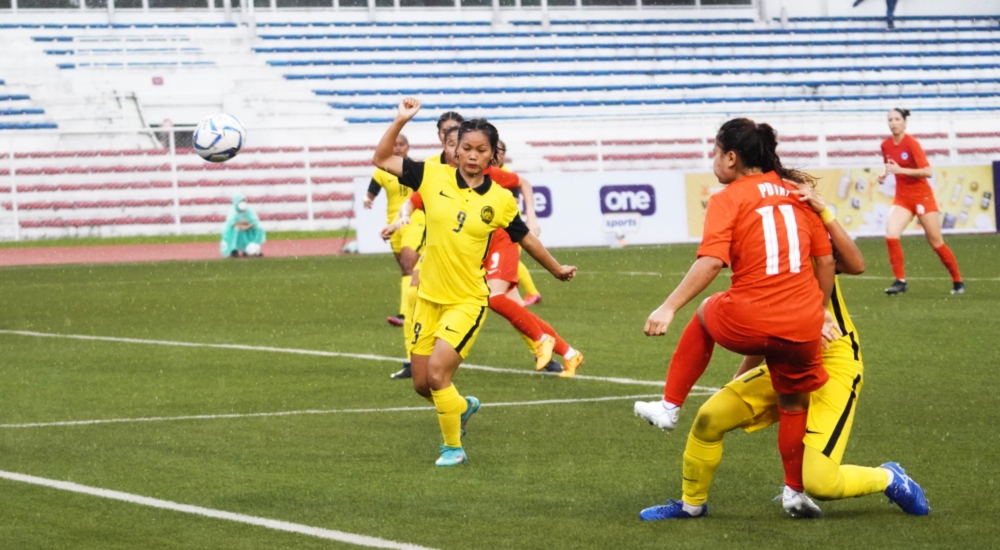 Veteran Sarina Bolden struck right at the hour mark to lift the Philippines to a stunning 1-0 upset of a crack Australia Under-23 squad to highlight the start of the AFF Women’s Championship at the rainswept Rizal Memorial Football Stadium.

Inspired by the presence of around 1,500 hometown fans who braved the inclement weather, the Filipinas did not disappoint, thanks to Bolden, who took Eva Madarang’s long throw-in in rising above the fray in looping the header that proved to be the winning goal.

The epic win not only put the hosts in a share of the Group A lead with Thailand, which blanked Indonesia 4-0 in the other group match at the Binan Stadium in Laguna, but was also a delightful way of greeting their local fans, who had not seen them in the flesh since the SEA Games in 2019.

“This is an amazing win for us. As I said earlier it does not matter whether this was Australia’s U23 squad this is a very tough squad that ranks among the top in the world so winning against them was a good one,” said an ecstatic Philippines boss Alan Stajcic.

He also had a good word for the local fans, saying: “They really inspired us to play our best. They were also amazing in braving the rain. We wish there were more but I expect that this win will encourage more of them in our succeeding matches.”

Aussie U23 head coach Melissa Andreatta was magnanimous in defeat and said “just as I said before, the Filipinas were really in-form and played us well,” then teased their rivals by quipping “we hope to see them in the final.”

Using their speed, strength and athleticism, the Aussies tried to impose their will from the get-go but were stymied by the Filipinas, who were energized by the Filipino gallery fighting for every possession throughout the game.

The visitors clearly had at least four clear-cut tries in the first half – two of them were saved by the quick reflexes of goalie Oliva McDaniel near the end of the first 45 minutes.

The first was when she caught Mackenzie Hawkesby’s shot from point-blank range in the 38th minute then tipped over another Aussie try over the crossbar in the 41st minute during a goalmouth scramble.

Somehow, the Filipinas managed to hold their fancied foes to a scoreless standoff at the break.

Earlier, arch-rivals Malaysia and Singapore both played a physical game but could only muster a scoreless draw in sharing a point each in the 11-nation tournament organized for the first time by the Philippine Football Federation.