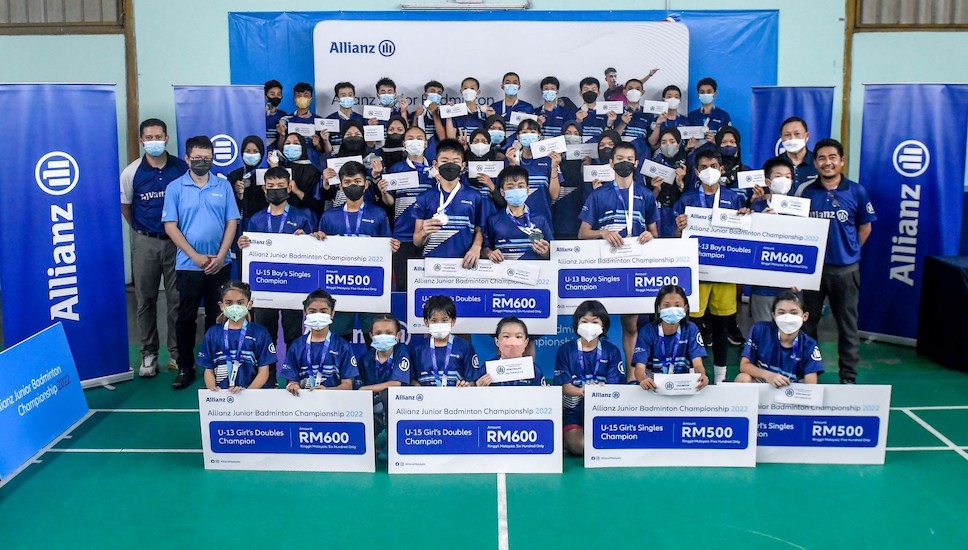 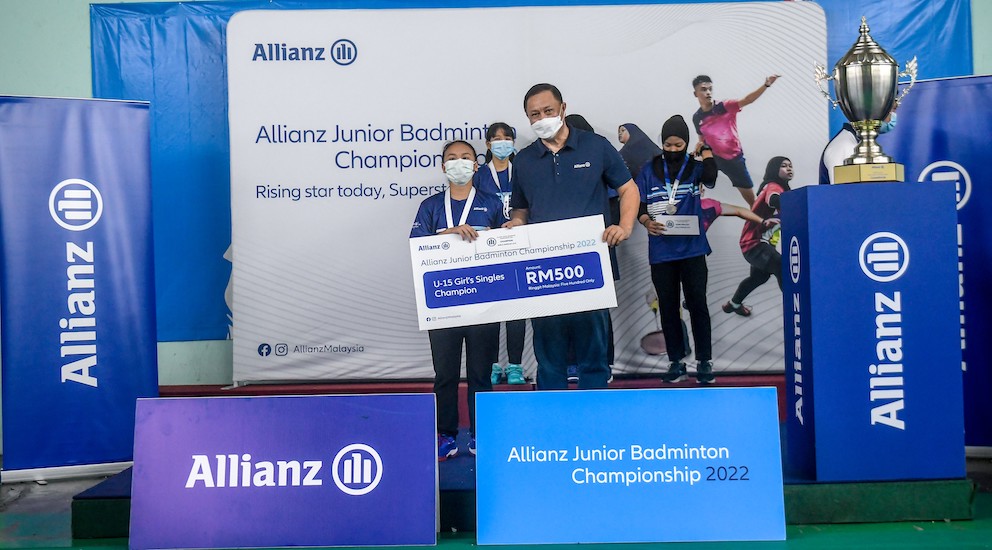 Another 24 young shuttlers have booked their tickets for the Grand Finals of the Allianz Junior Badminton Championship (AJBC) following the tournament’s Qualifying Round Two at the Dewan Badminton KBA in Alor Setar, Kedah this weekend.

The competition saw 303 participants from 70 schools around the state. In the Boys U-15 Singles category, Louis Tan from SMK Chio Min beat Chan Zhen Xuan from SMJK Keat Hwa in the final round of qualifying.

The Girls U-15 Singles title went to Lim Xin Jie of SMK Bakar Arang who defeated Hani Sufea from SMK Dato’ Syed Omar. As finalists, both players are now slated to compete in the Grand Finals.

Supported by the Badminton Association of Malaysia (BAM) and the Malaysian Schools Sports Council (MSSM), the tournament will start with seven Qualifying Rounds to be held between July to November 2022.

The finalists from all seven Qualifying Rounds will then come together for the AJBC Camp ahead of the Grand Finals in Kuala Lumpur in November 2022.

“It was encouraging to see the turnout here in Alor Setar. This is exactly what we set out to do – to reach out to young shuttlers from across Malaysia and give them a chance to compete and gain valuable experience. Iron sharpens iron, so win or lose, we hope this competition will light a fire and inspire our young players to keep working towards their sporting dreams,” said Sean Wang, Chief Executive Officer of Allianz Malaysia Berhad.