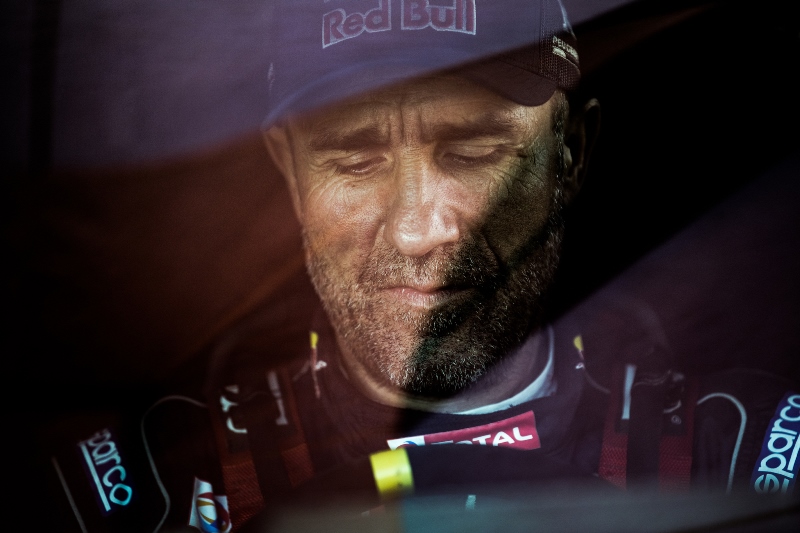 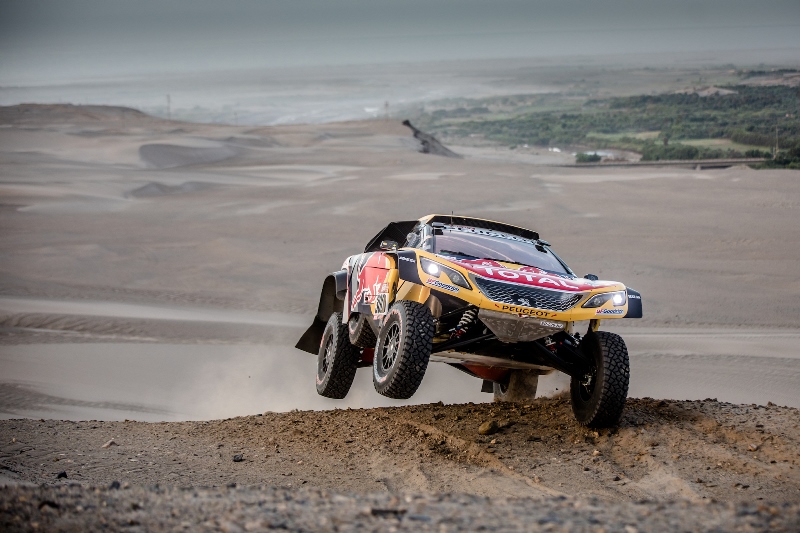 Contrasting fortunes on the Dakar today for Team PEUGEOT Total: the squad is first and second overall after the longest day of the rally, after taking a third consecutive win on a punishing fifth stage. But nine-time World Rally Champions Sébastien Loeb/Daniel Elena were forced to retire for medical reasons, after an impact caused injury to Elena.

“This 2018 Dakar is very complicated and there is a lot happening every day. We’ve really no idea how it’s going to end up. Even though we have quite a big lead in the overall classification after today, after what we have seen so far we can’t really be sure of anything. We knew that today would be the last but the most complicated of the sandy desert stages and it has been truly fearsome for most of the competitors. Sébastien and Daniel were really unlucky, because it was only through trying to keep up a good pace that they fell into that hole, which they didn’t see. It’s all the more hard to take given that the car is intact, but obviously Daniel cannot continue like this.”

“I didn’t do a bad job today, that’s for sure, but it was not a perfect stage for us either We lost tyre pressure and the tyre came off the rim so we had to stop and we lost a few minutes. We also made a navigation error at the end of the stage. We could not find a waypoint, and lost more than two minutes. So it was not perfect, but compared to others it was not so bad. I’m really disappointed for my friend Cyril, and for Sébastien and Daniel. But this is motorsport, this is the Dakar…”

“It was a very complicated stage and we could have lost a lot more. We are not 100% satisfied with the day but we finished it in a satisfactory position and we are well placed overall. We want to continue like this and to reach La Paz without any drama. “

“We’re very happy to be still in the rally: this is the only positive thing that’s happened to us in the last 48 hours. Yesterday we were stuck out there for 10 hours, with wind, night and plenty of stress. That wore us out, and then with three and a half hours of driving without power steering we were even more tired, and had very little sleep. Today’s stage started well. We stopped when we found Sébastien, but there was nothing we could do to help. Due to the lack of sleep and tiredness we also made a few mistakes. For us the most important thing was just getting to the end and not damaging the car. In spite of that all, we are still eighth, and the last two days have given us valuable experience for the future.”

“It was a very complicated start: the sand was very loose, the car just wouldn’t climb up the dunes, and we got stuck more or less straight away for 20 minutes or so. Then when we got going again, we were able to follow the tracks from everyone else, and that helped a lot. We got to a place where there was another competitor stopped on a crest: in order not to have to stop while we were climbing I went right to avoid him…but there was a hole just over the crest that we hadn’t seen. We hit it hard. There was nothing more we could do but wait for the truck to pull us out. Daniel was in a lot of pain from the impact. We even finished the stage really slowly, in order not to make the pain worse. Given Daniel’s injury, we were left with no option but to retire.”

“We fell into a soft bowl of sand that we just didn’t see. It was a big impact. I immediately felt a sharp pain in my sternum and coccyx which didn’t go away. I was in so much pain that we had to finish the stage in slow motion. I had to stretch myself out in my seat just to avoid the pain of sitting down. Usually, I do not give up, but I really don’t feel I can continue on terrain where there are so many compressions.”

The PEUGEOT range in Peru includes a model that is not sold in Europe: the 301 saloon. The latest restyled version, produced in Spain, offers a combination of quality and value that makes it attractive to the Peruvian market.

This stage is made up of two competitive sections. The first, 200 kilometres long over sand, will take place on Peruvian soil. Before crossing the border into Bolivia, competitors will pass on a podium to bid farewell to the Peruvian fans. The second section, which starts at Lake Titicaca at an altitude of 3800 meters, will be 113 kilometres long and will cover the Bolivian Altiplano with altitudes up to 4732 meters.