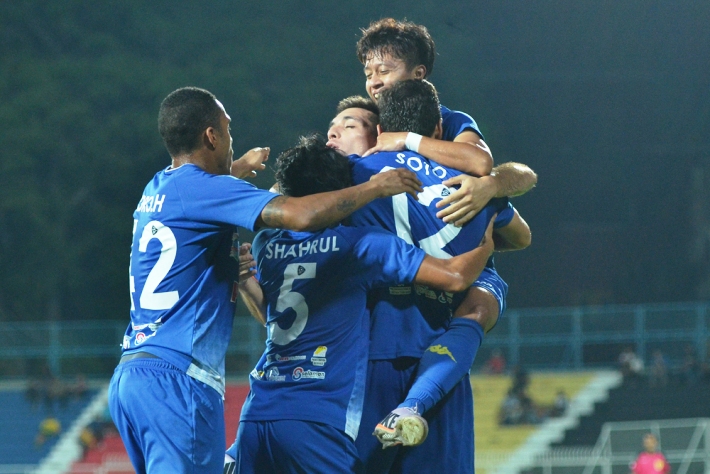 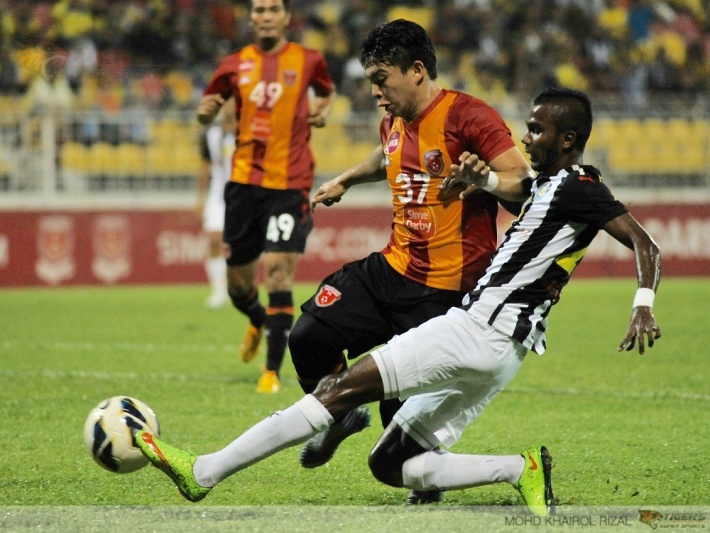 # PKNS FC stun Felda United with 3-2 win
# Pahang’s miserable season continues with FA Cup exit
# K. Lumpur knockout Perlis in Kangar
# Perak edge Kuantan FA 1-0 in Ipoh
The FA Cup shocks continue to vibrate at Malacca’s Hang Jebat Stadium as Premier League outfit PKNS FC sent Super League hopefuls Felda United crashing out of the competition on Saturday night.
PKNS came back from a goal down to win 3-2 and advance to the quarter-finals.
It was at the very venue that PKNS knocked another Super League outfit Terengganu with a 3-1 win in a second round match.
And it was also at Hang Jebat Stadium that produced a shocker when Police knocked out a confident Selangor from the quarter-finals with a 2-1 win.
On Saturday night Felda looked good when Francis Forkey Doe gave the Fighters a 17th minute lead. But that early lead did not rattle PKNS.
Instead they came alive after the break to roll in three goals in a row with Gabriel Guerra equalising on 50 minutes followed by Mathias Jadue’s 66th minute goal for a 2-1 lead. Nazrin Syamsol Bahri made it 3-1 for PKNS in the 70th minute.
Hadin Azman reduced the deficit for Irfan Bakti’s team but E. Elavaran’s boys held out for a 3-2 win to book a place in the last eight.
Pahang’s miserable season in the M-League continued in the FA Cup – knocked out by Sime Darby. The plantation giants won the third round tie 1-0 at the Darul Makmur Stadium in Kuantan.
Kuala Lumpur, going great guns under coach Ismail Zakaria, swept to a 2-0 win over Perlis at the Tuanku Syed Putra Stadium in Kangar.
Fahrul Razi Kamarudin (20th) and Hafiz Johar (25th) scored the goals for the City Boys.
Sabah put their Premier League woes aside to move into the quarter-finals with a hard fought 2-1 win over Armed Forces at the Likas Stadium in Kota Kinabalu.
The East Malaysians scored through Prince Nnake and Maxsius Musa while Faiz Ibrahim netted for the visitors.
Perak are also through to the quarter-finals after edging Kuantan FA by a solitary goal at the Perak Stadium in Ipoh – riding on Vokhid Shodiev’s third minute strike.
FA CUP THIRD ROUND RESULTS (March 5)
K.Lumpur         2           Perlis        0
Pahang             0           Sime Darby    1
PKNS FC          3            Felda United   2
Perak               1           Kuantan FA    0
Sabah              2           A.Forces     2