Home 2022 Another step forward for Team Peugeot TotalEnergies at the 6 Hours of... 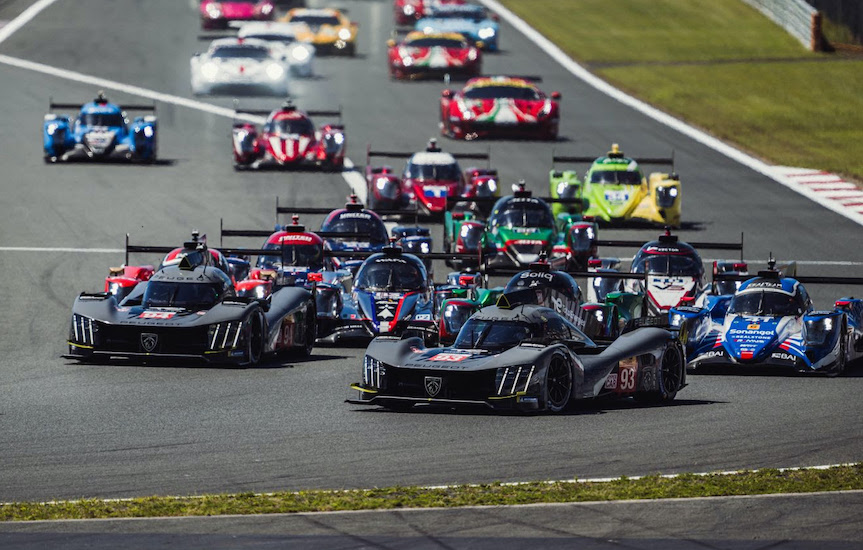 The six-hour race marked another vital stage in the car’s development and confirmed the substantial progress the team has made since its maiden appearance at Monza two months ago.

Following a trouble-free run through the weekend’s three free practice sessions and qualifying, the two 9X8s began the race from fourth and fifth on the grid. The opening stints went similarly smoothly, with Rossiter in particular drawing upon his prior experience of the circuit to settle into a strong rhythm.

The team’s mechanics worked like clockwork during the first round of pit visits, enabling the #94 entry to appear in third place as a function of the other teams’ own stops.

Shortly after the two-hour mark, however, the #94 – now in the hands of Duval – ran into its first setback when an engine eak necessitated a return to the pits, thankfully not resulting in any further problems but costing the crew 20 minutes as the team rectified the issue, one it had never previously encountered.

The #93 9X8 suffered a similar problem with Di Resta at the wheel. Now identified and cured, it prevented the car from finishing any higher up the order. Tyre change strategy was adapted as the race unfolded, while the #94 found itself additionally delayed by a stop-and-go penalty for excessive energy consumption.

The lessons from these six hours underscore once again the importance of the three races Team Peugeot TotalEnergies is contesting in 2022, while also marking another significant milestone in the development of both the Peugeot 9X8 and the team as a whole, with the focus now able to be turned to car set-up and performance. Further tests are planned prior to the final race of the season in Bahrain in order to continue this positive progress.

« The 6 Hours of Fuji revealed the considerable progress the team, mechanics and engineers have made since Monza. We have resolved all the reliability-related issues we experienced at our first race, and the two days of practice at Fuji, along with the first two hours of the race itself passed off without incident. If we continue progressing at this rate ahead of Bahrain, it will be extremely positive. During the first two stints of Sunday’s race, we showed good pace and the intention now is to focus on taking performance forward. We had what appears to be a similar issue with both cars, and we will also need to address the behaviour and use of our tyres. Every circuit we visit is an opportunity to keep learning.”

“I did my first double stint in the 9X8, which is something I didn’t get to do at Monza. Overall, the weekend in Fuji was positive. The two cars were affected by the same issue and we will need to work on performance.”

“Both 9X8s reached the finish here at Fuji and that’s a top result compared with Monza. There are still areas where we need to improve, but we’re up there, in the mix.”

“It was nice to be in the car for the start of the race. The balance of my 9X8 was perfect and I had an enjoyable stint. Thanks to Jean-Eric in the other car for letting me through because I was really in a position where I could push. Apart from a moment when I strayed off the track to avoid a GT runner, I have to say that my time behind the wheel was very positive. A big thank you to everyone in the team because the car has really evolved since Monza!”

“It was a little frustrating because I believe we could have fought for a podium placing had we not had the problem that affected both cars and which was quickly cured. It would have been a close thing, but possible. I was a little surprised by our race pace compared with qualifying. We have closed the gap to our rivals and we now have a better understanding of the temperature window of our tyres, even though we still have a great deal to learn.”

THE 6 HOURS OF FUJI IN NUMBERS

Round 6 of 6, 2022 FIA World Endurance Championship