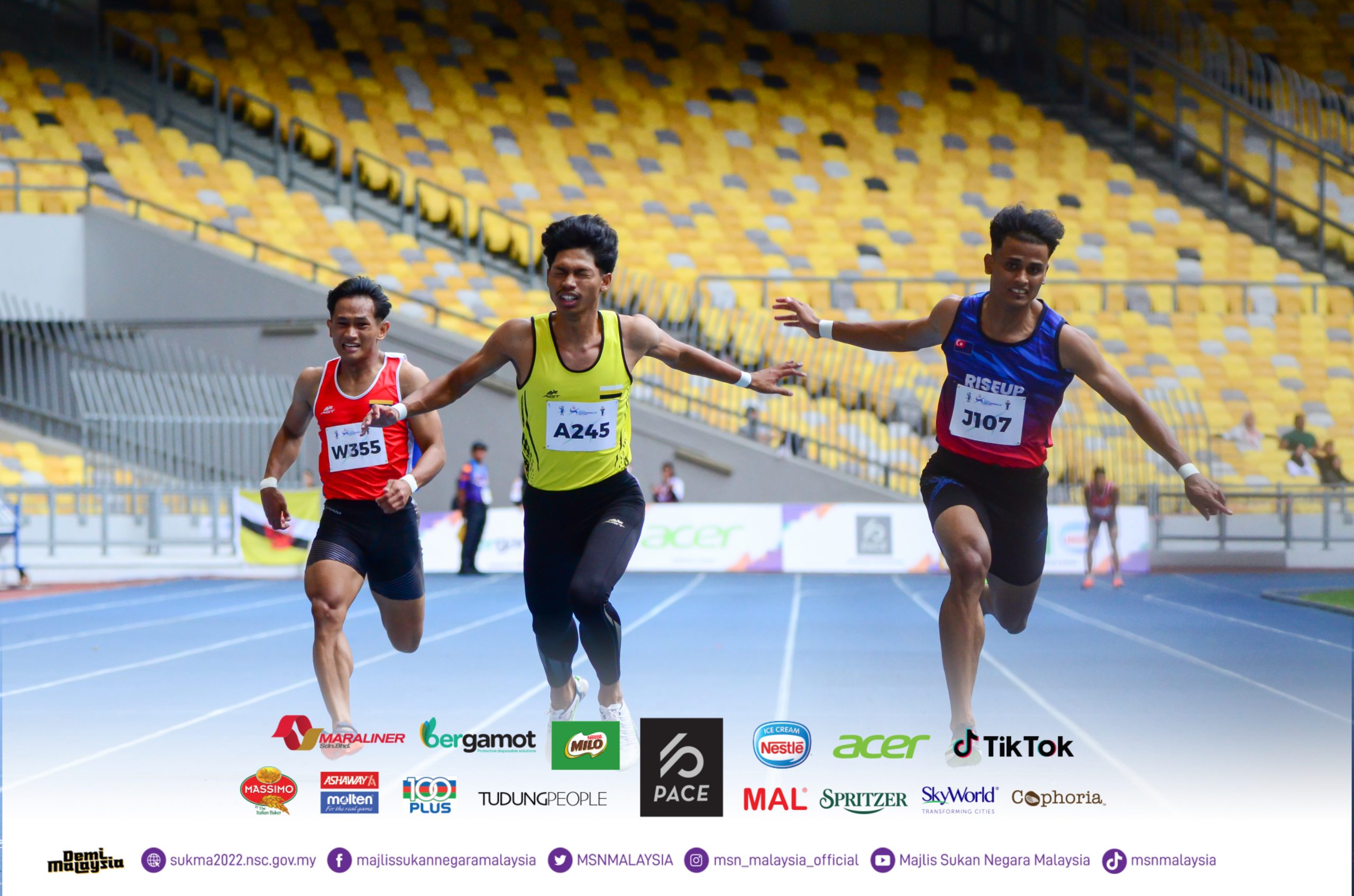 “I hope my dad is watching the final on TV. This gold means a lot to me and I dedicate it to my family, especially my dad who has sacrificed a lot for me in my athletics dream,” he added.

Arsyad finished second behind Azeem, who hails from Perak, in the 100m final three days ago and it was redemption time in the 200m final. He was just a fraction of a second behind Azeem as the duo approached the finish line before making a quick dash across the line for the gold in 20.02 seconds, leaving Azeem with the silver in 20.30s.

The intensity of the race was too much, akin to a pressure-cooker atmosphere that both gold and silver medallists were besieged by hamstring injuries and needed immediate medical attention.

“Actually I was reaching the end of my run in the race as we approached the final few metres, but I did not want to give up the battle. I honestly wanted to give Azeem a good race and at the same time, my thoughts were on my dad as it was his birthday. I instantly pushed myself into top gear and I am glad I was able to shadow him and gave all I had to win this gold medal,” said Arsyad.

Arsyad added that he has good knowledge of Azeem’s running pattern in previous matches and this helped him a lot in his victory.

“Azeem will always sprint in the early part of races and slows down towards the end. Today’s 200m final was very intense and I was deeply engrossed for this elusive gold medal,” he said.