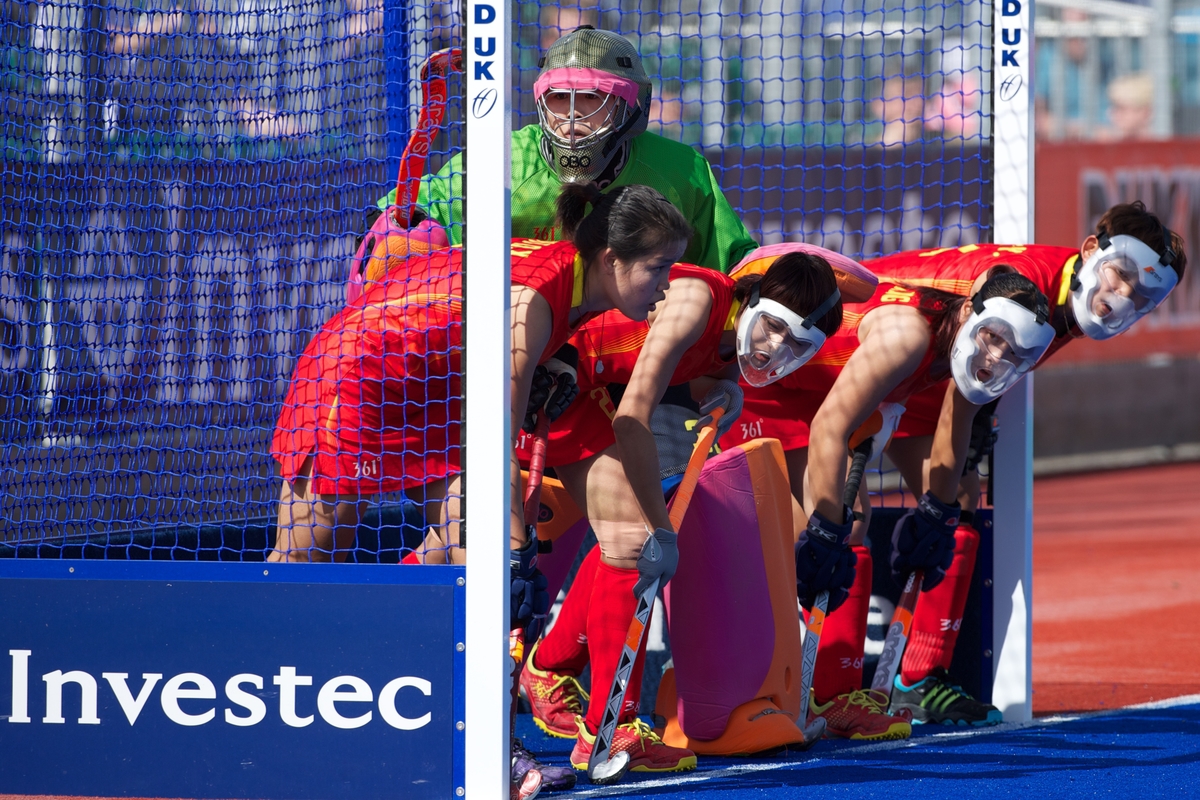 The International Hockey Federation (FIH) is pleased to announce it has appointed the final members to the FIH Athletes’ Committee following the 2014 Congress in Marrakesh.

The members of the FIH Athletes’ Committee serve as a consultative body and make recommendations to the FIH Executive Board, FIH Committees, Advisory Panels and other bodies. Thereby playing a vital role in representing the interests of the athletes.

At the 2014 World Cup in June, for the first time, four of the eight seats on the FIH Athletes’ Committee were elected by the participating World Cup athletes. South Africa skipper Marsha Cox, England’s Annie Panter, Germany’s Moritz Fürste and Australia’s Liam De Young, who are all current or recently retired players will join the Committee from 2015 for the next term.

These four will be joined by New Zealand’s Beth Smith and Scott Sandison from Canada who were both re-appointed at the Congress and additionally by Sanaz Heidari from Iran.

Sanaz is the first-ever female representative from the Middle East to join the Committee. She has played indoor hockey for ten years with the last three as a member of the Iranian national team.

Upon hearing of her appointment, Sanaz said: “I am really excited to join the FIH Athletes’ Committee. This is a great opportunity to be an ambassador for Iran and help promote the development of hockey, women and sport. I have the chance over the next four years to be a voice and ambassador for hockey.”

Michael Green who will continue as Chairman of the FIH Athlete’s Committee for the next term said: “As I said directly after the elections this is a big step forward. For the next term we have representatives from all five continents, an excellent gender balance and a very good knowledge transfer due to the re-appointment of Beth and Scott. In a couple of weeks’ time we will have a Skype conference to define everybody´s role and responsibilities.

As the term will end for some members soon, I would like to thank them for the terrific job they have done.”

In a glittering Awards ceremony, the 2014 Congress recognised and celebrated the achievements of individuals, teams and National Associations who contribute so much to the sport of hockey.

The evening began with the award of the Order of Merit, which went to recently retired Australian Coach, Ric Charlesworth (AUS) for his unique personal achievements and contribution to international hockey. Peter Child (GER) and Ben Rea (ENG) received Diploma of Merit Awards for their efforts in the development of, and growing popularity of Masters Hockey.

President’s Awards were presented to Dr Narinder Batra (IND) and Valentina Quaranta (ITA), for their lengthy and valuable services to hockey. Dr Narinder Batra, for his commitment to the development of hockey in India during the last five years, including the creation of the Hockey India League. And Valentina in recognition of her tireless work to promote hockey in Tanzania.

In recognition of her outstanding career dedicated to umpiring at the highest standards, the Guust Lathouwers Memorial Trophy went to retired World Cup and Olympic umpire Renée Cohen (NED).

The René G. Frank Super Fair Play Trophy was presented to South Africa hockey. The teams and athletes of South Africa travel far and wide to attend as many events as possible at expense to the players as they are not fully funded. This commitment and also the
production of outstanding officials from the country, were recognised with the Trophy.

The Pablo Negre Trophy went to the Uruguay Hockey Federation in recognition of the increase in popularity of hockey over the last two years in Uruguay. A highlight being hockey was the only team sport from Uruguay to qualify for the 2014 Youth Olympic Games. Uruguay received a new hockey pitch and lighting, kindly donated by Polytan STI and Musco lighting respectively.

Hockey has become the fastest growing sport in the small nation of Vanuatu, as identified by their Olympic Committee. This accolade from the Committee, is due in no part to the efforts of the Vanuatu Hockey Federation over the last four years. Their efforts were duly recognised with the Etienne Glichitch Award.

The Theo Ykema Award went to the Czech Republic Hockey Federation for their development initiatives and subsequent increase in hockey activities and players across the country.

FIH President, Leandro Negre commented on the ceremony: “It has given me great pleasure to be a part of tonight’s Awards ceremony and I extend my congratulations once again to the winners for their fantastic achievements.”