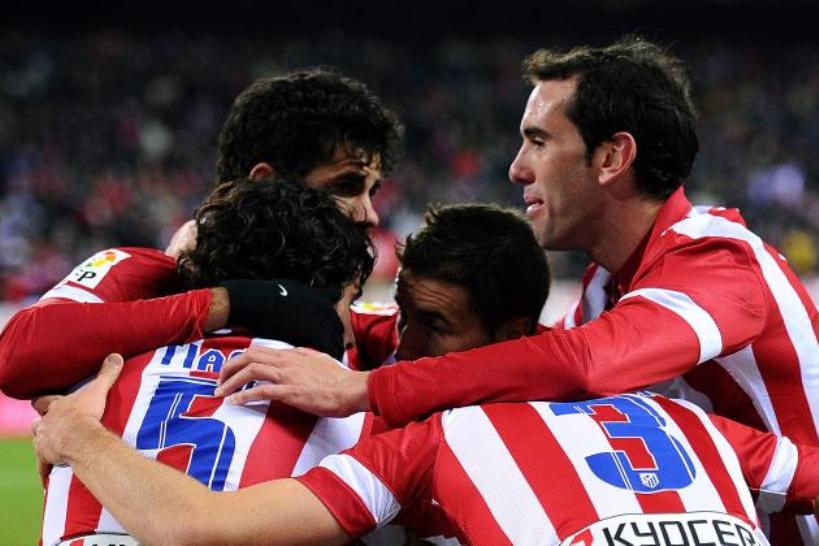 La Liga champions Atletico Madrid recorded their first victory of the campaign with a hard-fought 2-1 win over newly-promoted Eibar on Saturday.

First-half headers from Miranda and Mario Mandzukic ultimately proved decisive, but Atletico were given a scare after Abraham’s brilliant strike had brought Eibar back into the game.

The visitors had a great chance to level the game three minutes from time, but Angel’s effort trickled inches past the far post as Atletico held on.

“Games at the beginning of the season are always difficult,” said Atletico boss Diego Simeone, who was serving the second of an eight-match touchline ban.

“The start of the match was good, we went in front but we lacked rhythm after that.

“In the second-half we were anxious to get the three points and they were the better side.

“We are aware that we have to work and improve. I didn’t like the game, but it is always good to win.”

Simeone’s men had been held 0-0 at local rivals Rayo Vallecano in their league opener on Monday, but normal service appeared to have been resumed by two set-piece goals inside the first 25 minutes.

Brazilian defender Miranda put the hosts in front when he met Koke’s corner at the near post and the ball flew into the net via the underside of the bar.

Eibar had produced an upset in beating near neighbours Real Sociedad in their first ever Spanish top-flight match last weekend, but they were punished for their defending 15 minutes later when Mandzukic planted a header from Gabi’s free-kick into the far corner.

However, the Basques responded in fine style and after Miguel Angel Moya had beaten away Javi Lara’s free-kick, they produced a moment of sheer quality to get back into the match.

A flowing move resulted in left-back Abraham curling Mikel Arruabarrena’s backheel into the top corner from outside the area with his right foot.

Atletico tried to restore their two-goal cushion before the break and only a fine save from Xabi Irureta prevented Raul Garcia from celebrating his call-up to the Spanish national team on Friday with a goal.

Eibar, though, were clearly the dominant side in the second period and Moya had to be alert to divert Angel’s low drive for a corner before Eneko Boveda’s header flew just wide.

And Angel had a golden chance to equalise three minutes from time when he was played in after an uncharacteristic error from Diego Godin, but he prodded the ball just wide of the target.

Earlier, Athletic Bilbao celebrated their qualification to the group stage of the Champions League with a comfortable 3-0 win over Levante.

Two-goal hero from their triumph over Napoli in midweek, Aritz Aduriz headed home the opener just after the half-hour mark.

Ander Iturraspe doubled the Basques’ advantage just after the break before Iker Muniain rounded off the scoring.

Celta Vigo also continued their unbeaten start to the campaign despite the absence of departed coach Luis Enrique as they drew 1-1 at Cordoba. – Agence France-Presse