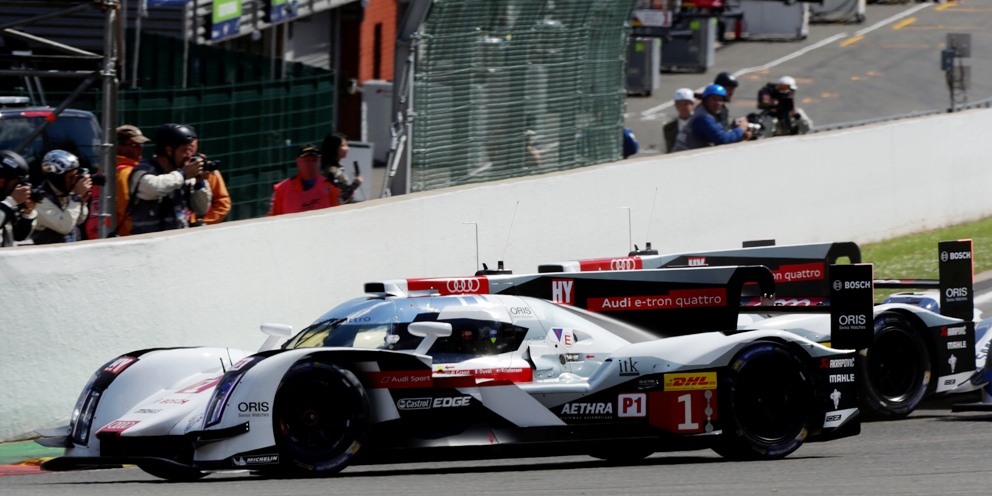 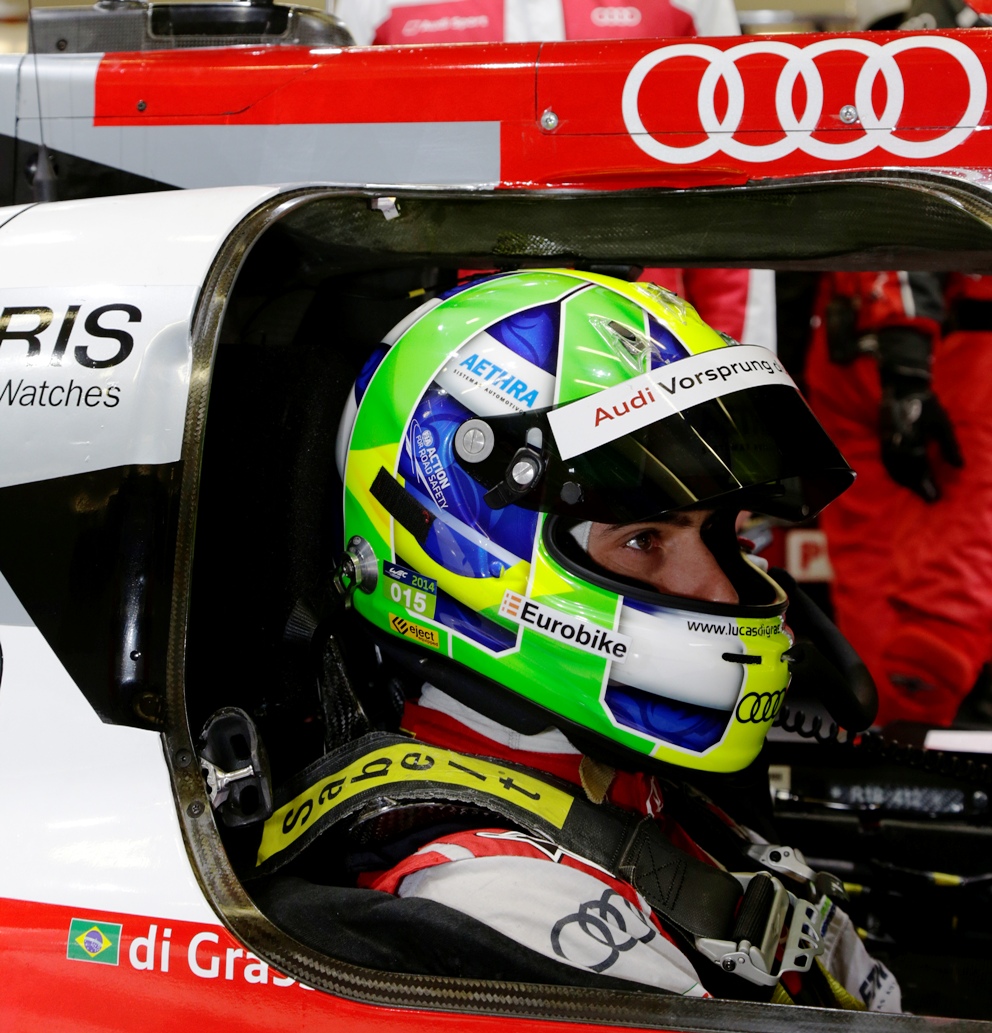 The Audi R18 e-tron quattro is the most complex race car created in Ingolstadt and Neckarsulm to date. This not only applies to the mechanics. The electronics of the most recent LMP1 race car with the four rings is more sophisticated than ever before.

The age of electronic data transmission from the race car on track began for Audi in 1989. At that time, an Audi 90 quattro in the IMSA GTO series radioed eight parameters to the garage where engine speeds and a few pressures and temperatures were plotted on printouts – a tiny step from today’s perspective, but one that provided important insights at the time. Today, an Audi R18 e-tron quattro on more than a thousand channels, in cycles that in some cases only amount to milliseconds, generates data of crucial importance to a staff of engineers at Audi Sport. At Le Mans, the engineers constantly monitor their race cars for 24 hours. Whether it concerns the functionality of the systems, compliance with the regulations or information that is important for strategic reasons, the race car – similar to a medical EKG system – continually diagnoses its condition and reports it to the team garage. For this purpose, the LMP1 sports car is equipped with an array of CAN Bus systems which interlink a wide range of electronic control units (ECUs). Sophisticated sensors measure various parameters, such as suspension and acceleration data, temperatures and pressures, or information in the area of energy management, to generate a database for the ECUs. The R18 e-tron quattro has a master system control unit that is primarily responsible for engine and hybrid control and additionally communicates with the other control units in the race car – such as the ECUs for the transmission, clutch actuators, windshield wipers and the laser beam headlights. 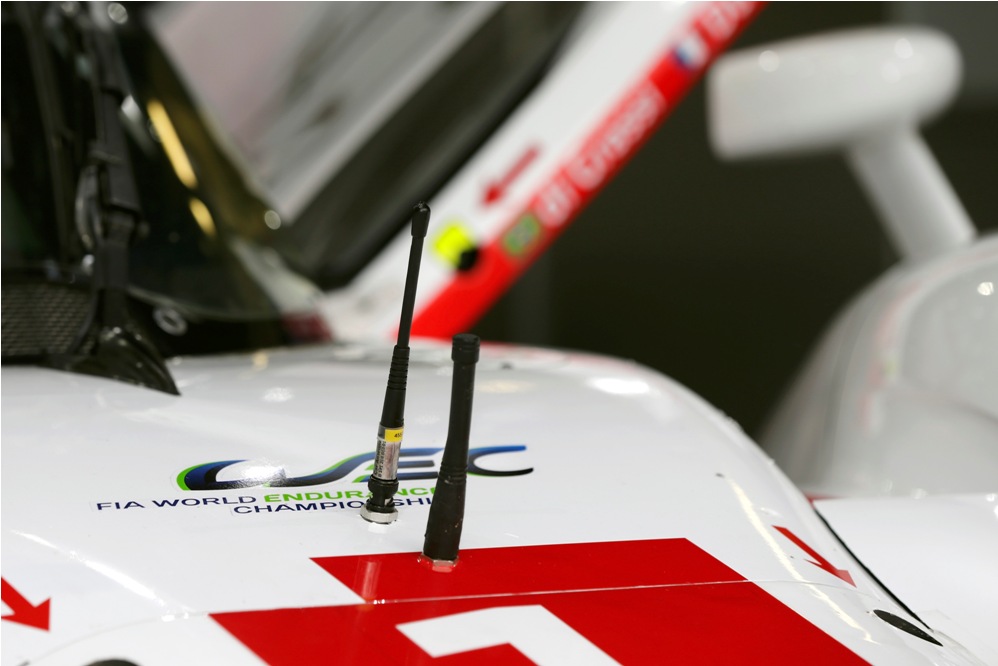 The race car has a direct online connection to the computers in the team garage. It is used for high-speed data transmission in real time for operating conditions, such as temperatures, that do not require a high transfer rate. This makes it possible to effectively transfer limited data volumes for a general assessment of the car’s condition. In contrast, the sports car gathers detailed data on each race lap and transmits it via a burst signal when the car drives past the pit lane. Data volumes of more than 20 megabytes are generated per lap, depending on the measurement configuration – equating to more than 10,000 A4 size pages.

Bi-directional data transmission is prohibited. Data may be transmitted from the car to the pits, but not vice versa. Radio communications with the race driver in the car are the only possibility which the team has to influence the car. If there is a need for action based on the engineers’ data analysis this information – such as brake balance, engine control or hybrid system settings – is communicated to the driver by radio. If necessary, alternative program versions stored in the car may be used. In addition, there is a telemetry system for the officials of the FIA (Fédération Internationale de l’Automobile), which together with the ACO (Automobile Club de l’Ouest) monitors compliance with the regulations: Is the hybrid system within the prescribed amounts of energy? Is the energy consumption of the race car within the prescribed range? Are the boost pressure parameters correct? Does the cockpit temperature remain within the permissible limits?In addition, the FIA uses a GPS system. This year, the FIA has begun to use this system for measuring whether or not a race driver complies with the speed limit in critical situations, such as caution periods at the scene of an accident. Activities of the marshals (in marshaling areas to secure accident scenes, for example) are also displayed in the cockpit. This provides the driver with assistance that enhances the safety of all the participants. Furthermore, the position of the race car can be tracked on a map of the circuit in real time. Consequently, a modern LMP1 race car is constantly and comprehensively connected with the team and with race control.