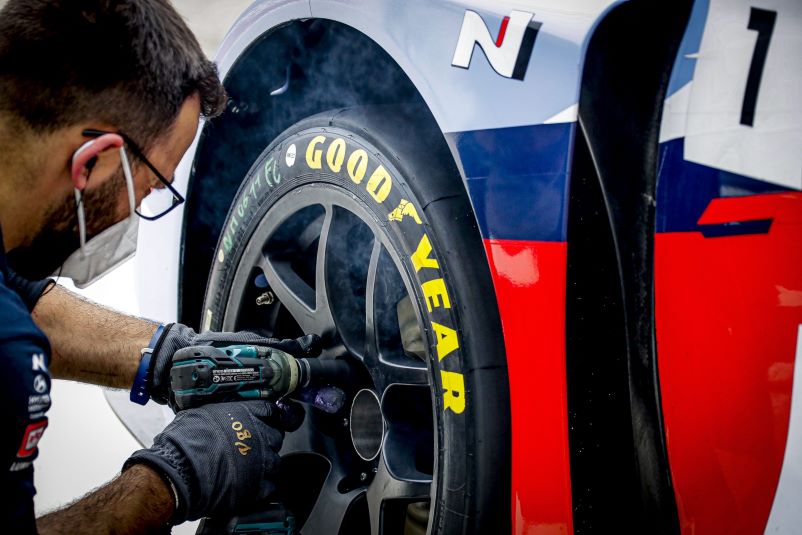 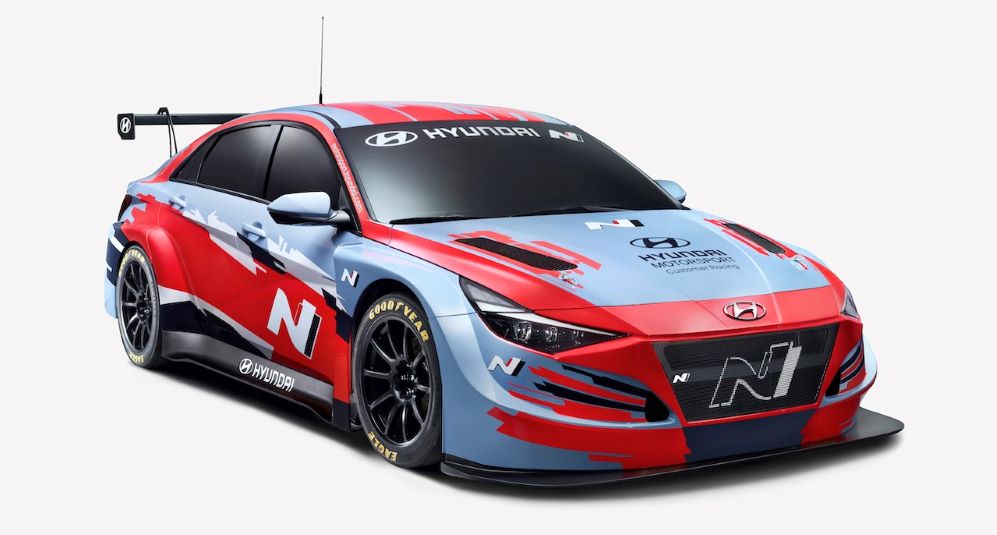 Hyundai Motorsport Customer Racing drivers Gabriele Tarquini, 59, and Norbert Michelisz, 36, the Kings of WTCR from 2018 and 2019 respectively, will represent Italy-based BRC, while Jean-Karl Vernay, 33, joins the Hyundai WTCR family to drive alongside 21-year-old Luca Engster at the German team overseen by his father, Franz.

Elantra primed to continue Hyundai’s WTCR success story
The switch from the once all-conquering i30 N TCR to the all-new Elantra N TCR marks the end of an era but the start of an exciting new beginning for the Hyundai Motorsport Customer Racing drivers in WTCR. All four were heavily involved in the development of the Elantra N TCR, which is based on the road-going Hyundai Elantra N and features a brand-new 2.0-litre turbocharged engine.

With Italian legend Tarquini behind the wheel, the Hyundai i30 N TCR won the first WTCR race in Marrakech, Morocco on April 7, 2018 to signal the start of Tarquini’s ultimately successful WTCR title bid that season. And after helping his team-mate to the coveted crown in 2018, Hungarian Michelisz took centre stage in 2019 by succeeding Tarquini as the King of WTCR. A further 20 WTCR wins were celebrated after Tarquini’s first triumph.

FIA Junior Driver Title contenders will be wary of Engstler
After impressing during his first full WTCR season in 2020, 21-year-old German talent Luca Engstler is a favourite for the FIA Junior Driver Title, which goes to the best racer 24 or under at the start of 2021 with no WTCC/WTCR experience prior to 2019.

Vernay brings victory pedigree to Elantra attack
Jean-Karl Vernay joins Engstler Hyundai N Liqui Moly Racing Team as the WTCR Trophy winner from 2020, when he also finished third in final overall table for Team Mulsanne. The Frenchman took part in the first WTCR season in 2018 as the TCR International Series champion and has been a frontrunner ever since with five wins to his name. He will combine his WTCR campaign with his PURE ETCR-bound Hyundai Veloster N ETCR testing role.

Xavier Gavory, WTCR Director, Eurosport Events, said: “It’s truly awesome that the WTCR’s already strong driver line-up for 2021 has just got even stronger with the addition of Luca Engstler, Norbert Michelisz, Gabriele Tarquini and Jean-Karl Vernay. All four bring something special to the series and we can’t wait to see them in the thick of the action with their respective teams, BRC Hyundai N LUKOIL Squadra Corse and Engstler Hyundai N Liqui Moly Racing Team. Of course, it’s also very exciting to know that another new car, the Elantra N TCR, will be on the grid this year. As well as the intrigue this creates, it’s further confirmation of the importance that Hyundai Motorsport attaches to this top level of customer racing.”

Luca Engstler said: “I am really excited for the start of the WTCR in 2021. We didn’t get the results we wanted last year, but the Engstler Hyundai N Liqui Moly Racing Team and I still learned a lot that I can put to use when we start racing again. Just two weeks after the end of last season I had started to train, fully focused on 2021. All through testing the Hyundai Elantra N TCR has been getting better every time we are on-track and we still have some more testing planned before the first race. All four Hyundai Motorsport Customer Racing drivers will be on the pace at the Nürburgring.”

Norbert Michelisz said: “Last season I had the #1 on my car, and my first aim is simply to get it back again. Having tested the Hyundai Elantra N TCR I am confident that we can continue the success we had with the Hyundai i30 N TCR. Working with the Customer Racing department engineers it is clear how much effort, and how much of the knowledge from the last three years has gone into the design of the car. As a driver I also have the benefit of three years in WTCR, with BRC Hyundai N LUKOIL Squadra Corse and with Gabriele as my team-mate, so we should have a great combination.”

Gabriele Tarquini said: “This is the most prepared I have been for the start of the WCTCR since 2018, when I won the title. At that time, I had been part of the development of the Hyundai i30 N TCR, and this season we have been testing with the Hyundai Elantra N TCR since last summer. This should show in the performances of BRC Hyundai N LUKOIL Squadra Corse on-track when we start racing. Every year WTCR is very competitive, so it can make a big difference to have any advantage over the other drivers and I think with our experience testing the new car, we have that.”

Jean-Karl Vernay said: “When the opportunity came to drive for Hyundai Motorsport Customer Racing in WTCR it was an easy decision to make. Hyundai models have been some of the fastest in the TCR category for many seasons, and it shows in the number of wins their customers have had in the series. For me it is a new team to work with, and a new car for everyone. Being so involved in the development process has been incredibly helpful, both in getting some additional understanding of the Hyundai Elantra N TCR before the first races, but also having an early chance to work with Engstler Hyundai N Liqui Moly Racing Team and their engineers to fully prepare for the year ahead.”

Vice President and Head of N Brand Management and Motorsport Sub-Division at Hyundai Motor Company, Till Wartenberg said:“The confirmation of the first Hyundai Motorsport customer teams in WTCR for 2021 reaffirms our commitment to the series. Having Hyundai N cars compete on the global stage has always been an incredibly important avenue for the promotion of our high-performance line-up. The success of our customers in previous seasons has played a pivotal role in cementing the reputation of Hyundai N name within the motorsport and high-performance automotive community. The introduction of the Hyundai Elantra N TCR to the grid offers the chance to further promote the growing N brand, and hopefully add to the long list of victories for Hyundai Motorsport customers.”

Hyundai Motorsport Team Principal Andrea Adamo said: “We have done everything possible to allow our customers teams to compete for the WTCR title again this season. For different reasons we were not happy with the results last year, but in the past these teams have been very successful, so we aimed to build on that rather than start from zero again. We have included our four Customer Racing drivers and the teams at every stage of the development of the Hyundai Elantra N TCR, so they have each been able to gain a lot of experience with the car, which they can immediately use when they start racing. Even now, though, we cannot stand still. Supported by our Customer Racing engineers there are more tests before the first race at the Nürburgring to ensure the best start to the season possible.”

Other WTCR team announcements so far
With all-season entries closing on May 2, 15 drivers powered by Audi, Honda and Lynk & Co have so far been announced. Here’s a reminder: