Home 2020 Back in form: Quartararo snatches P1 from Viñales on Day 1 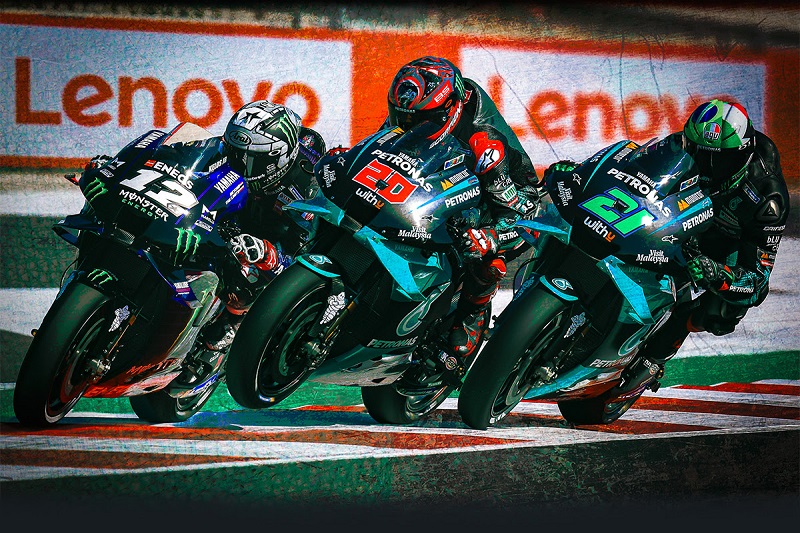 It’s a Yamaha 1-2-3 at the top of the combined standings on Friday in San Marino, two KTMs sit as their main rivals

Steve Day, Matt Birt and Simon Crafar talk you through the first premier class session of the weekend

Despite being the only manufacturer who hasn’t tested at the Misano World Circuit Marco Simoncelli in 2020, Viñales was streaks ahead of the field in FP1, with Quartararo second – but over half a second adrift. So, there was work to do in the afternoon session for all the riders and the second 45-minute stint provided the field with the perfect conditions to try and find a comfortable race set-up. In the early stages, Quartararo led the way from Takaaki Nakagami (LCR Honda Idemitsu) and Viñales, with Iker Lecuona (Red Bull KTM Tech3) impressing early on in FP2 to sit inside the top five.

Finding his feet in FP1, Viñales was down to serious business in FP2. The Spaniard – who finished third behind Marc Marquez (Repsol Honda Team) and Quartararo here in 2019 – was doing some valuable race pace work on medium front and hard rear Michelin tyres. Viñales looked like he was on rails and was consistently setting personal best times, with Quartararo and most of the other riders also checking out what tyres they’re going to use for Sunday’s battle. The Team Suzuki Ecstar machines of Alex Rins and Joan Mir were going well in FP2 to both share a period at the top of the timesheets, but the Spaniards wouldn’t stay there.

After crashing at Turn 6 in FP2, Red Bull KTM Factory Racing’s Brad Binder then went to the top of the timesheets with three minutes to go as the riders pushed for that one-lap qualifying time, to hopefully earn themselves a provisional top 10 place. Morbidelli, who was 12th in FP1, then took over at the summit before teammate Quartararo did what he does best – a storming throttle pinned lap time to go P1. Pol Espargaro (Red Bull KTM Factory Racing) launched himself up to third in the session with Lecuona improving his time to go P4, while Valentino Rossi (Monster Energy Yamaha MotoGP) also got himself into the top five on home turf late in the day.

However, Quartararo’s time wasn’t going to be beaten as the 21-year-old goes over half a second quicker in the afternoon to take the combined standings spoils. Viñales was one of only three riders who failed to go quicker in FP2 than they did in FP1 – the others being Jack Miller (Pramac Racing) and Cal Crutchlow (LCR Honda Castrol) – but he claims P2 overall, a slither away from Quartararo at the top. Morbidelli found over a second in FP2 to climb his way into the top three as Yamaha look back on song after two tough Red Bull Ring races.

Pol Espargaro and the impressive Lecuona occupy the top five on the combined times. Espargaro jumps from P9 to P4 with the Tech3 rookie leapfrogging himself from P20 to P5 – the youngest rider on the grid is starting to flourish in the premier class on the KTM. Rossi cements a provisional automatic Q2 place in P6 on home territory, Danilo Petrucci (Ducati Team) sits as the sole Desmosedici machine inside the top 10 on Friday in P7.

Binder didn’t stay P1 for long as the South African slipped down to P8, with Styrian GP winner Miguel Oliveira (Red Bull KTM Tech3) taking P9 ahead of Aleix Espargaro (Aprilia Racing Team Gresini) – a good day at the office for the latter who finished P3 in FP1.

A second splits Quartararo from 15th place Mir as plenty of riders who would expect to be higher up the pecking order sit outside the top 10. That includes second in the Championship Andrea Dovizioso (Ducati Team), who was ushered into P11 at the chequered flag by the improving Oliveira and Espargaro. It was a strange day for the Italian, who experienced some technical issues in FP1 – more needed for Dovi and Ducati on Saturday.

All this means one thing: FP3 is going to be epic! 09:55 (GMT+2) will see the MotoGP™ riders attack Misano once more, with Q1 and Q2 places being decided on Saturday morning – tune in.