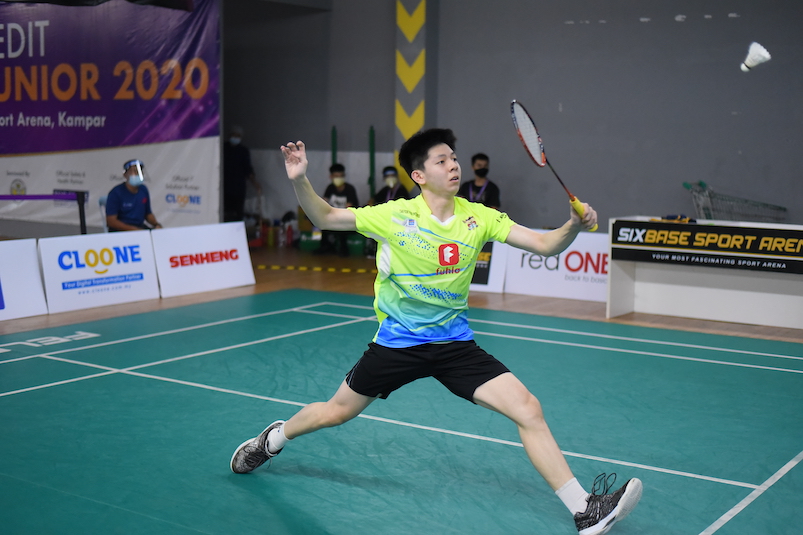 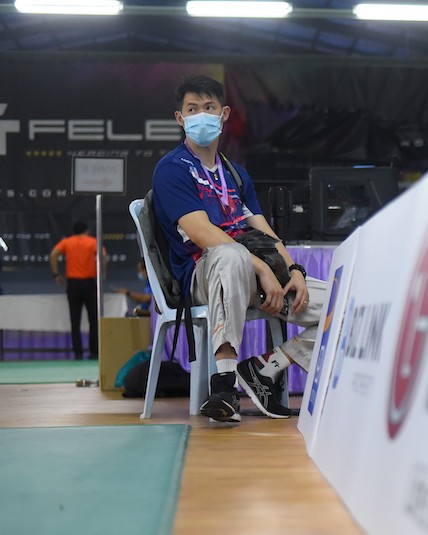 AEON Credit Purple League Junior 2020 today lifted the curtain with the Boys’ Under-15 and Boys’ Under-18 events taking centre stage during the first half of the day. The event saw the Balakong BC gaining lead in the first day of the competition with a dominant performance which saw a complete sweep by three of its Boys’ Singles players. With the victory, the team is set to advance to the second lap.

Lee Qi Hong, the Under-18 Boys’ Singles player from Balakong BC, was handed a walkover in the first singles as Farlim BC had to pull out, and his team-mate Ting Wen Xuan showed that he is a class above his opponent by successfully sweeping three straight games from Penang BC player Chia Chun Yew11-3、11-6、11-6.

Unfortunately, his teammate, Wee Yee Tern’s 0-3 loss against Segamat Spiritual’s player Khoo Jun Sheng, could not seal the icing on the cake. However, with Yee Tern also playing in the Boys’ Doubles, he still has a chance to pull an upset in the next competition.

In a post-match interview, Mah Jun Loong, team leader and coach of the Balakong team said they had sent 10 players to participate in the Girls’ Under-15 Doubles and Girls’ Mixed Doubles.

He is ambitious and has set a goal for his team to win in every event, and he believes they have a chance to prove themselves in their maiden participation in ACPLJ 2020.

After a round of competition, apart from Balakong BC, Rawang BC, Butterworth BC, OUG Tactical BC and Ampang Jaya BC also showed that they are the clubs to look out for in the Boys’ events.

In addition to prize money for runners-up, semi-finalists and the overall champion team, the Under-18 champions will earn an invitation to an extensive training camp run by the Badminton Association of Malaysia.

The annual Purple League Junior (PLJ) Competition has entered its sixth year. Its purpose is to search for new young talents and provide a platform for promising youth to showcase their talent, gain competitive experience, and build confidence in badminton. AEON Credit Service (M) Berhad has merged in as the main sponsor for the Purple League Junior for three years since 2019 as part of its corporate social responsibility in developing the local talents.