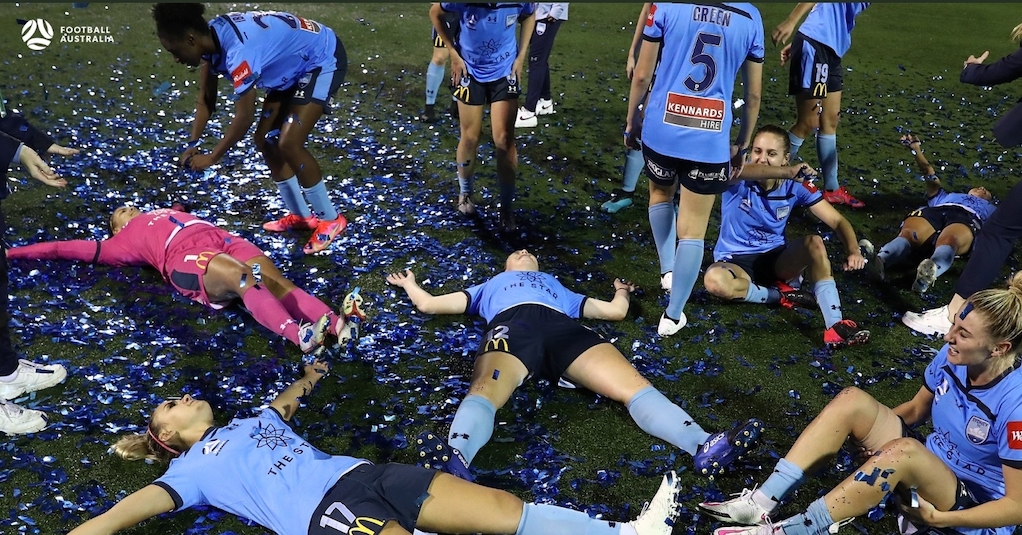 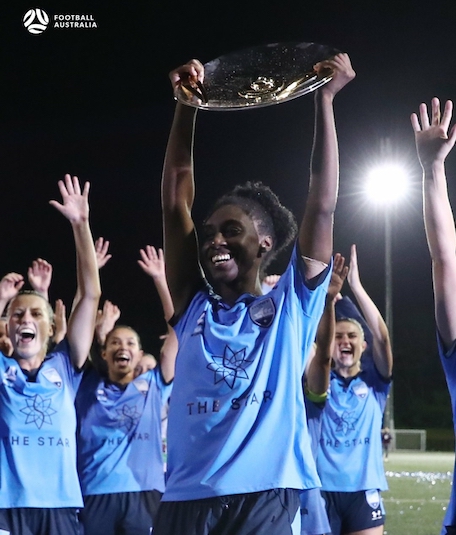 Sydney FC captain Teresa Polias set the Sky Blues on their way to a 2-1 win against Melbourne Victory before lifting the Premiers Plate on the final game of the Westfield W-League regular season at Cromer Park.

The competition’s most capped player hit a rare strike, only her fourth goal in 145 competition matches, with a 20-yard free-kick to break the deadlock, before Princess Ibini’s second-half penalty all but clinched the club’s third Premiership and their first in a decade.

Ante Juric’s side had led the Westfield W-League ladder for the duration of the 2020/21 campaign but saw a seven-point lead reduced to nothing over the final five matches, as third-placed Victory threatened an upset for the ages – needing three points to overhaul their title rivals and snatch the trophy away.

The Harbour City outfit may have only needed a draw to claim their first Premiership in 10 years but the hosts still attacked from the off with Clare Wheeler and Mackenzie Hawkesby going close early on, before a period of Victory pressure was punctured by Polias’ sweetly struck dead-ball effort in the 29th minute.