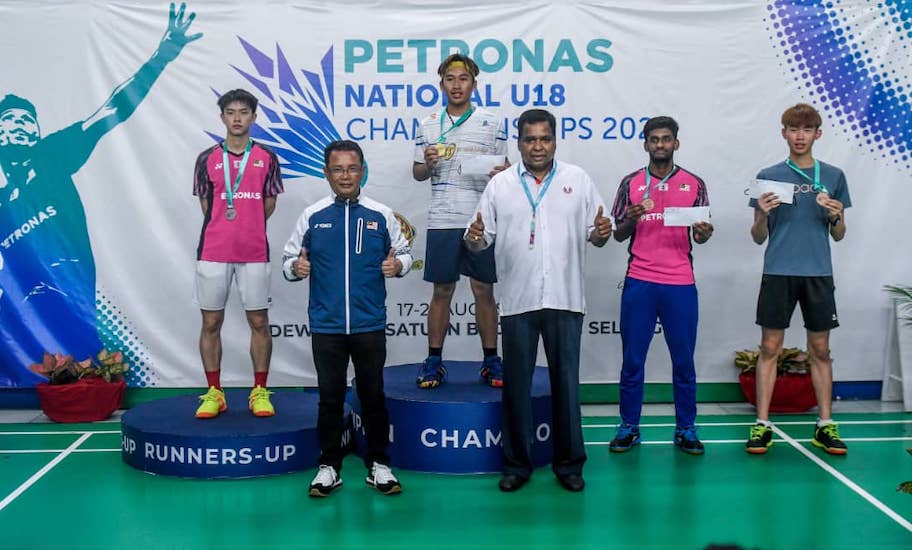 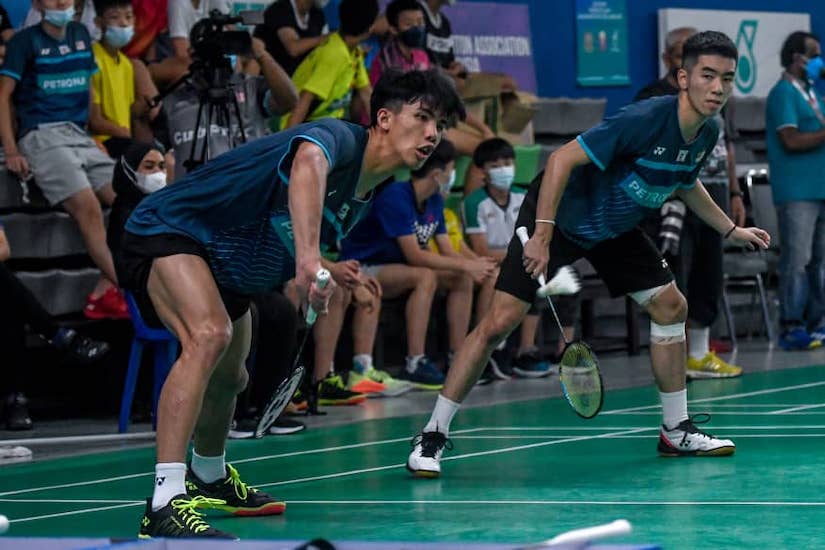 Players from the Badminton Association of Malaysia (BAM) dominated the PETRONAS National Under-18 Badminton Championships which concluded at the Selangor BA Hall here today.
The BAM players swept four titles, winning the boys’ doubles, girls’ singles and doubles, and the mixed doubles finals while Johor grabbed the boys’ singles final today.
BAM President Tan Sri Dato’ Sri (Dr.) Mohamad Norza Zakaria was present today and gave away the prizes. Also present at the final today was BAM Deputy President 1 and Selangor BA President Datuk V. Subramaniam.
In the all-BAM boys’ doubles final, Poopathi Velayutham and Muhammad Adam Shaz took the fight to their opponents but it was not plain sailing as they were forced into the decider by their determined rivals. It took three gruelling sets before Poopathi-Muhammad Adam eventually defeated Bryan Jeremy Goonting and Jian Sheng Choi 21-19,10-21, 21-13 and claim the title.
Poopathi, who joined the BAM Academy six years ago, said it was a tremendous achievement for them. “I hope this will be the beginning of better things to come,” he said after the final.
The boys’ singles final today was won by Johor’s Mohd Ariffin Nazri who defeated Jan Jireh Lee from BAM. Mohd Ariffin said it was a dream win for him today after missing out in the previous tournaments prior to the pandemic. “In 2020, I lost in the first round of the Under-16 … I am very happy with my performance here.” 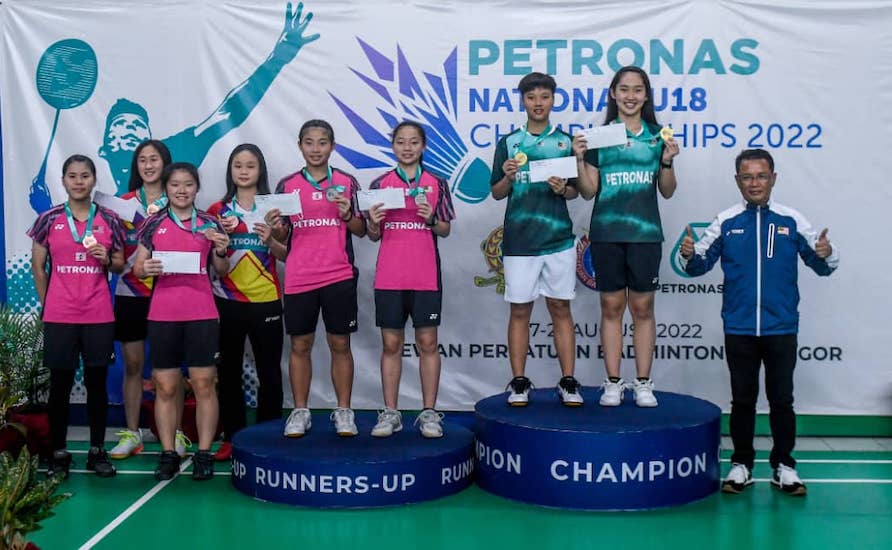 Vannee Gobi and Xin Jie Lee wrested the girls’ doubles crown after overcoming their BAM teammates Xin Yee Ong and Carmen Wei Wen Ting in the final. They snatched the first set 21-16 but Yee Ong-Carmen charged back to level the score at 19-21. Vannee and Jie Lee turned up the heat in the decider and won 21-16.
Siti Zulaikha Muhammad Azmi from BAM had a great game today and defeated Selangor’s Ler Qi Eng in the girls’ singles final today. Siti Zulaikha won 21-11, 21-14. “This will raise my confidence level when I join the national juniors to compete in the Indian GP later this month,” said Zulaikha, who just two weeks ago won the National Under-16 crown.
In the mixed doubles final, an all-BAM affair, Amirul Imran Azuan and Dania Sofea Zaidi turned in a stunning performance to wrest the title. They defeated Han Chen Low-Jie Yu Chong 24-22, 21-16.