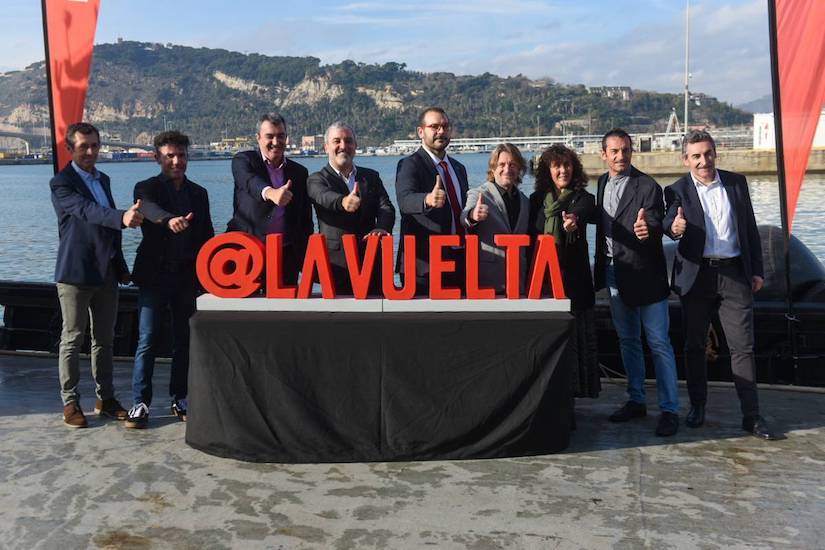 La Vuelta 23 will take off from Barcelona on the 26th of August. It will be the second time in the race’s history that Catalonia’s capital hosts an Official Departure, having already done so back in 1962. The city will host one departure and two arrivals during its two first stages, namely: a team time trial and a mid-mountain stage. Mataró will host the departure of the second stage.

Jaume Collboni, the city’s Deputy Mayor, points out that: “Barcelona is a city that loves sports, particularly cycling. To have La Vuelta return to Barcelona after 60 years is wonderful news, not only because it gives us the chance to experience an important sporting event, but because it proves to us, once again, what a driving force sports truly is to our city’s economy. La Vuelta 23 will be an opportunity for us to showcase our city’s cultural, social and artistic wealth. We want people to leave their homes and come and join us in this cycling celebration, and to participate in the passion and spirit of this great sporting event.”

David Escudé, Sports Councillor, states that: “La Vuelta’s arrival in the city of Barcelona will offer all our residents the opportunity to be part of an elite cycling competition. The recovery of such an emblematic route, which includes Montjuic, is an opportunity to watch the best teams cover a distance of 14 kilometres right through the city centre, which is a truly unique, spectacular opportunity. This sporting scene will feature one of the world’s best backdrops: our city streets.”

The first stage of La Vuelta 23 will take off on Saturday afternoon, and will consist of a team time trial through the streets of Barcelona. This 14-kilometre route will leave from the area surrounding the Olympic Port and will showcase some of the city’s most emblematic locations through a quick, technical circuit that will mark small differences among the teams of the aspiring general classification leaders.

The second stage of the 2023 edition will take off from Mataró and conclude in Barcelona, at the Lluís Companys Olympic Stadium. The 181.3 km route will feature two climbs: Coll de Sant Bartomeu (3rd category) and Coll d’Estenalles (2nd category). The race will also cross Villanova del Vallés, the Barcelona-Catalunya Circuit, as it passes through Montmeló, Sabadell, Manresa, Castellbell and Vilar, Molins de Rei and L’Hospitalet de Llobregat, among other localities. The emblematic Montjuic climb will determine the stage winner.

During that time, the city will be the global cycling epicentre, which will increase its international exposure, thus earning it an international reputation as a global sports capital. Each year, La Vuelta broadcasts live on 18 stations (RTVE and Eurosport are the official Spanish stations) and is present in 190 countries. Over 1,000 journalists, from 28 nationalities and 298 media outlets, were present to cover the race’s previous edition.

Javier Guillén, the General Director of La Vuelta, stated that “the race’s Official Departure will be just one of the many moments in which Barcelona will take centre stage throughout the year. The city will also be the setting of other important events related to La Vuelta, starting with the official route presentation, that will take place in the Palau de la Música Catalana on the 10th of January.

There, we will discover all the details of the 21 stages that make up this edition.” Likewise, the streets of Barcelona will also provide the setting for the race’s official promotional video – a video that will be shown on the various RTVE channels, coinciding with the start of the Tour de France 2023. Also, just a few days before the start of La Vuelta, Barcelona will host the Team Presentation.

During its 21 states and for around a week before the race officially begins, the event mobilises a travelling caravan of almost 3,000 people, which includes the organisation staff, the riders, the team personnel and journalists, among others.

LA VUELTA AND BARCELONA, BIKING TOGETHER

La Vuelta and Barcelona bike together for sustainability. Cycling is a sport that is very closely linked to the environment. For this reason, La Vuelta continues to implement and improve measures to reduce its environmental impact upon the natural areas through which it passes. Bicycles are very important to Barcelona – one of the cities where they are most-commonly used as a means of transport.

Its green areas invite you to discover the city on two wheels through its many bike lanes. La Ronda Verde is a circuit that acts as a cycling vertebral axis consisting of 70 kilometres of bike lanes that connect Barcelona’s metropolitan area and extend through such natural areas as the Barcelona coastline, the Besòs River Park or Montjuïc Mountain, which is hugely emblematic in the world of cycling and will feature prominently in this edition’s second stage.