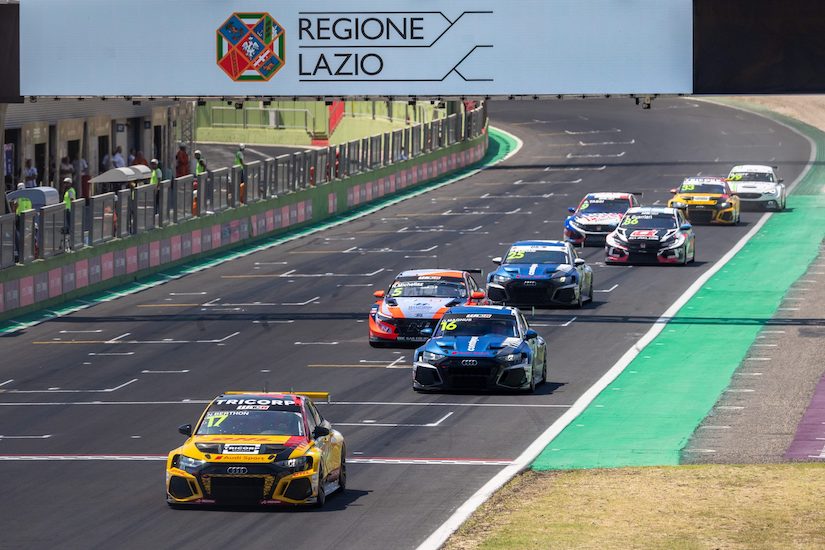 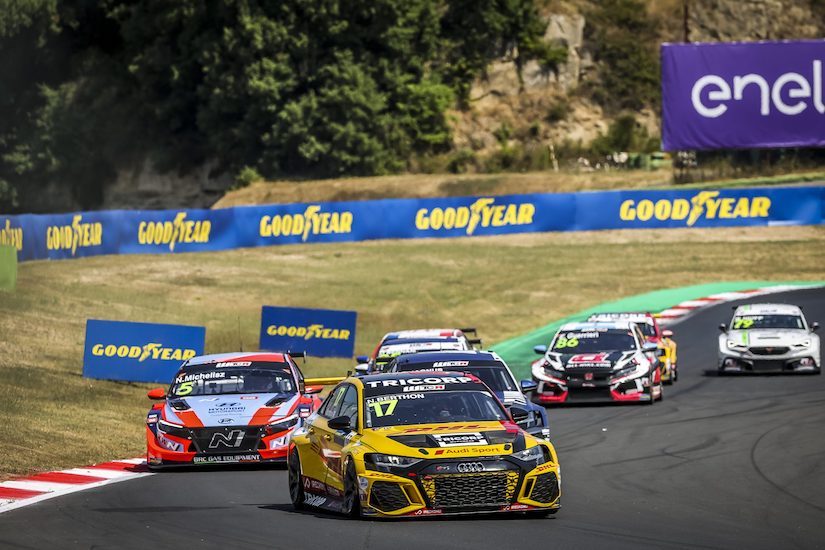 Berthon, who drives an Audi RS 3 LMS for Comtoyou DHL Team Audi Sport, is one of three French aces competing in the WTCR in 2022.

But while Ehrlacher and Muller will enjoy home hero status due to the fact they are from the hosting Alsace GrandEst region, Berthon can be considered an outsider with his home several hours away.

Nevertheless, the Audi Sport customer racing official driver will fly the French flag with pride during the first running of WTCR Race of Alsace GrandEst from August 5-7.

“I am happy to have two races in France and for French people it’s always good to have these races,” said Berthon. “Hopefully the conditions will not be as hot as Vallelunga where we really suffered, even though it was good for the summer body!

“We have tested [at Anneau Du Rhin], it’s not really a track for the Audi because the long and slow corners are not the best combination for us, but we will do our maximum as usual.”

Berthon is one of the WTCR’s fastest drivers, particularly when his rapid performances in qualifying this season are considered. He’s progressed to the Qualifying Q3 shootout on four occasions, twice going second quickest. The only time he didn’t advance to the final five was at WTCR Race of Portugal where a “misunderstanding” over team radio resulted in him being eliminated in Q1.

After finishing third at WTCR Race of Hungary in June, Berthon was runner-up to his Comtoyou team-mate Gilles Magnus in Race 2 at WTCR Race of Italy last month, meaning a first win of the current campaign is overdue.

“We were close [to win] a few times this year but it never happened,” said Berthon. “In qualifying our performance has been there but not so much in the races. It’s not easy to gain, fight or hold position and this is something we are working on. Hopefully, we find a solution and have a win in France because it would be amazing.”

Berthon’s podium at Autodromo Vallelunga Piero Taruffi owed plenty to the work of his Belgian Comtoyou team following his Race 2-ending crash in Vila Real, which left the 33-year-old with soreness in his back and neck and his mechanics facing a major repair job.

“I was super-happy to be back on the podium after a big disappointment in Race 1,” said Berthon, who had also been on course for a podium in Vallelunga’s opening race before he was forced to pit with a damaged tyre.

“We did an amazing weekend [in Italy]. We completely deserved it after the big work, the team is pushing like hell and thanks to all my mechanics and my engineers.”