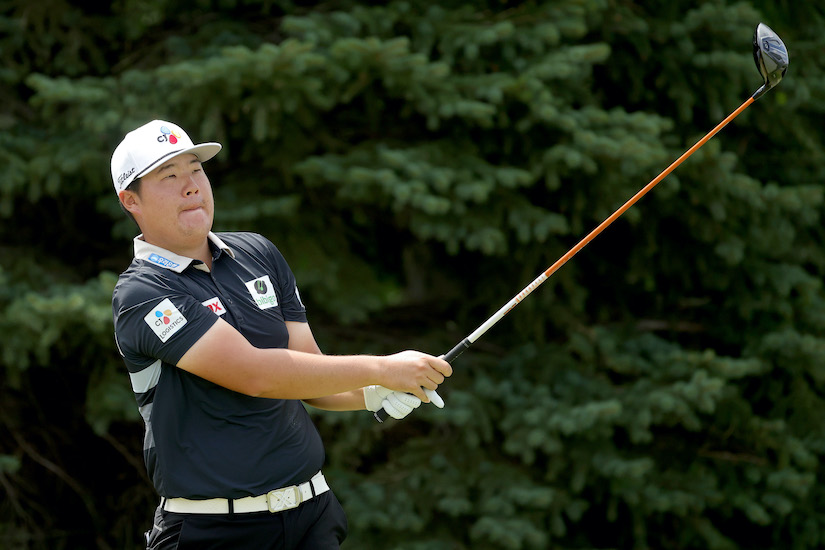 Korean star Sungjae Im hopes to light his putter up in time for a legitimate challenge for the PGA TOUR’s ultimate prize, the FedExCup, when the Playoffs begin next week.

The 24-year-old Im will compete in the Regular Season’s final event, the Wyndham Championship at Sedgefield Country Club in Greensboro, North Carolina starting on Thursday, where he aims to solidify his current 15th place on the FedExCup Playoffs and Eligibility points list following one win and six top-10s this season.

Since the introduction of the FedExCup in 2007, no Asian golfer has won the season-long prize, although Im had a close brush by entering the weekend of the TOUR Championship in 2020 in second place before finishing 11th for his career best finish yet.

Since announcing his arrival on the PGA TOUR in 2019 where he was Rookie of the Year, Im, who is a two-time winner, has established himself for his wonderful ball-striking which is reinforced by his current 10th position in the Strokes Gained: Tee to Greens statistic.

The flatstick, though, has not performed as he’d like it to.

“I’ve always been in the top-10 for ball-striking and I want to stay where I am with that. It’s the putter which I’m lacking a bit. I’m improving with my chipping and scrambling, so the only thing I want to improve now is the putting,” said Im, who is ranked 61st in Strokes Gained: Putting.

While Im is content with his season’s haul thus far, he expressed some disappointment with his performances in the majors although he did enjoy a tied eighth at the Masters Tournament in April after leading the first round. He missed the cut at the U.S. Open, tied for 81st at the Open Championship and was forced to skip the PGA Championship after contracting Covid-19.

Hence, he is keen to fight for the FedExCup and join an exclusive club of past champions who include Tiger Woods, Vijay Singh, Jordan Spieth, Rory McIlroy, Justin Thomas and last year’s No. 1, Patrick Cantlay.

“I have won once, and made a few top-10s which sums up a great season,” said Im. “I think my last four years on TOUR have gone very well. It was a shame though I was not able to make more great performances in the majors but I had a top-10 in the Masters so I’m happy with where I am at this moment.

“For now, I need to focus on two of the Playoffs events before the TOUR Championship. I think I will be able to aim for something if I can get into the top-10 before the final week. I’m aiming to do that.”

The FedEx St. Jude Championship, which is limited to the top-125 players, will be the first Playoffs event starting next week, followed by the BMW Championship which will see the field reduced to the top-70. The season-finale, TOUR Championship in Atlanta will be exclusive to the top-30 golfers.

Im is also virtually a lock for an automatic place in the International Team which will face the U.S. Team in the Presidents Cup in Quail Hollow next month. In his debut in 2019, Im, then a captain’s pick, stood out as one of the stars at Royal Melbourne by contributing 3.5 points which included a commanding 4 & 3 win over Gary Woodlands in the Singles.

Im is anticipating another close encounter as the International Team seeks only its second win in the history of the Presidents Cup. “When I first got into the team, I was very nervous but in the end, I enjoyed a decent performance and I was very happy. I was able to provide something to our team,” said Im.

“For the Presidents Cup, teamwork is essential. I hope we can win over the U.S. The players from our team are doing great these days and I think we can create some great moments. I want to be part of it and help in every way possible.”