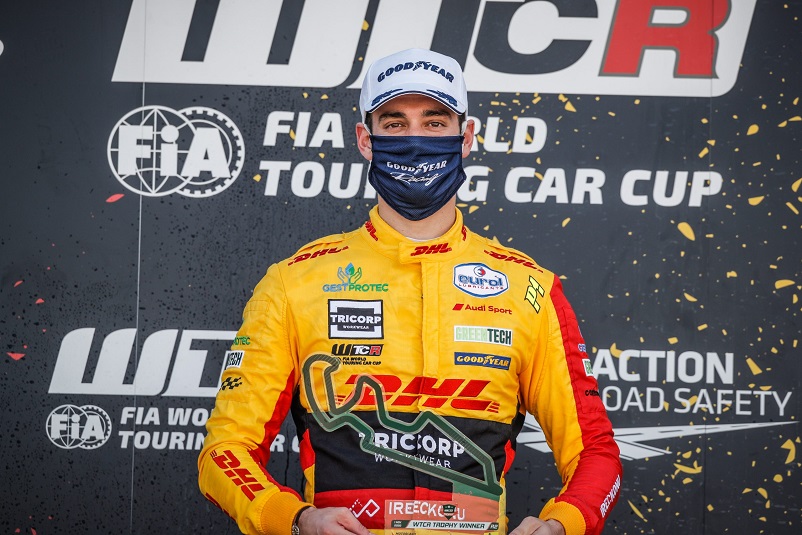 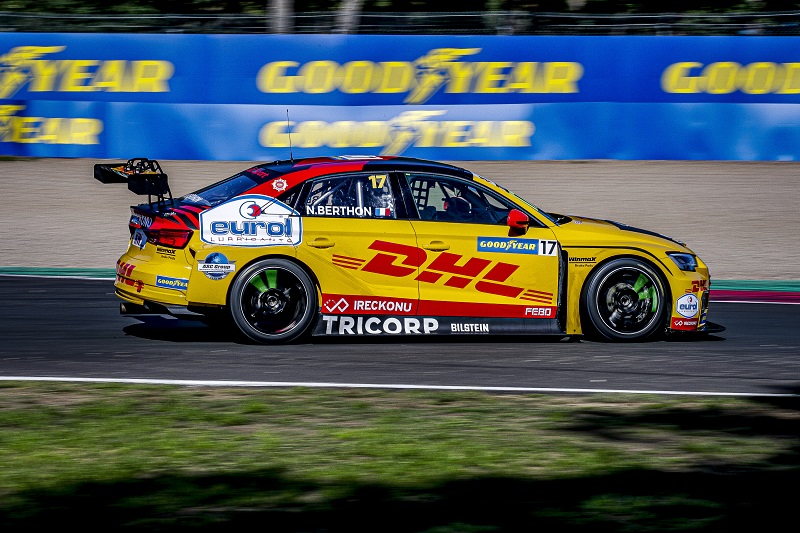 Nathanaël Berthon has explained why he became the latest driver not to achieve the seemingly impossible win double in the WTCR – FIA World Touring Car Cup.

Since the all-action series switched to a two-race-per-weekend format for the 2021 season, no driver has managed to win twice during an event, a feat that would require a victory from pole position and again from P10 on the partially reversed grid.

After winning Race 1 at WTCR Race of Alsace GrandEst, Berthon placed eighth at the flag in Race 2 from ninth on the grid aboard his Goodyear-equipped Audi RS 3 LMS. Afterwards he revealed what stopped him from finishing higher up the order for Comtoyou DHL Team Audi Sport.

“From P9 I couldn’t see the lights, just the repeater, which is not the same, and I did a bad start and I lost everything,” Berthon explained.

“I was in a bad position and was pushed off at the second corner and I was last basically. But the car was really fast and I was able to overtake two cars and then two more cars on the last lap. It was frustrating and with a better start it could have been different but I still won my home race in WTCR.”

Esteban Guerrieri was the last WTCR driver to win twice in one weekend when the series ran to a different format during the 2020 season. Back then the results of Qualifying Q1 decided the grid for Race 1, the fastest 10 in Q2 started Race 2 in reverse order while the Race 3 grid was made up of the combined Qualifying times with the fastest driver in Q3 starting from pole in Race 3. Guerrieri won Race 1 and Race 3 at the Hungaroring driving a Honda Civic Type R TCR for ALL-INKL.COM Münnich Motorsport.