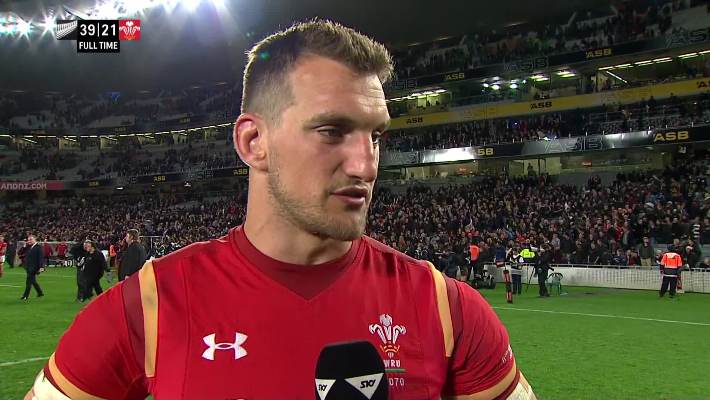 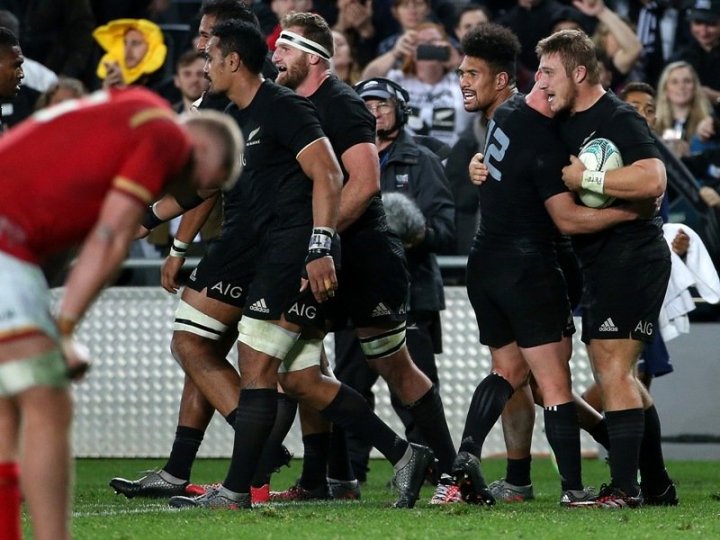 New Zealand’s withering late burst to down Wales 39-21 in the first Test in Auckland exposed the gulf between the northern and southern hemispheres, according to Wales skipper Sam Warburton.

The closing three-try blitz stunned Wales, who were ahead with 18 minutes to play on Saturday and eyeing their first win over New Zealand in 63 years.

But hopes of an historic victory evaporated when the world champions upped the tempo to a pace that Wales could not match.

“Chatting to a lot of the guys they said they felt pretty good and then when it got to that 65-minute mark that’s when you go into slightly different territory,” said Warburton.

“You look at the running metres. We probably wouldn’t run metres like that in Six Nations.

“To play games like this is great for us because you get that running speed that you don’t really get back in the northern hemisphere and we’ll definitely get better for it.”

And although England’s 39-28 win over Australia and Ireland beating South Africa 26-20 suggests the gap relates mainly to New Zealand’s performance, All Blacks coach Steve Hansen said he expected his southern colleagues to be much better in the second Test next week.

“I don’t think people understand how hard it is to bring people together from five different franchises and get them thinking on the same page. It doesn’t happen just like that,” Hansen said.

“When you get teams that come well prepared like Wales, England and Ireland it’s a difficult assignment.

“That first Test is always a tough one. What happens next will be interesting to watch.”

Hansen credited all 32 members of his squad for the win over Wales, noting the “massive” impact of the eight players who came off the bench and the nine who were not required for duty.

“We’ve got a 23-man squad on game day but a lot of credit must go to the other guys who didn’t even strip because they help you prepare,” Hansen said.

“On game day we’ve got 23 guys who we want to ask the opposition ‘do you have 23 who can play the speed of game that can challenge an opposition?’

“Each and everyone of those subs made a difference and that’s what we wanted them to do.”

Bench players were involved in all three tries in the fast-paced finishing burst.

“We’re an 80-minute team and as a really good bench they come on and lift our team and that’s what we expect of them,” said captain Kieran Read, who has taken over from World Cup winning skipper Richie McCaw.

“It’s a tempo we can play with, but it obviously tests your bodies and tests your skills.”

Disappointed Wales coach Warren Gatland considered his side’s performance “brilliant” for 60 minutes but said no amount of coaching could prepare them for what happened next.

“It doesn’t matter what we do on the training field as coaches, you’ve got to be out in the middle and experience that relentlessness the All Blacks bring and keep playing for 80 minutes,” he said. – Agence France-Presse