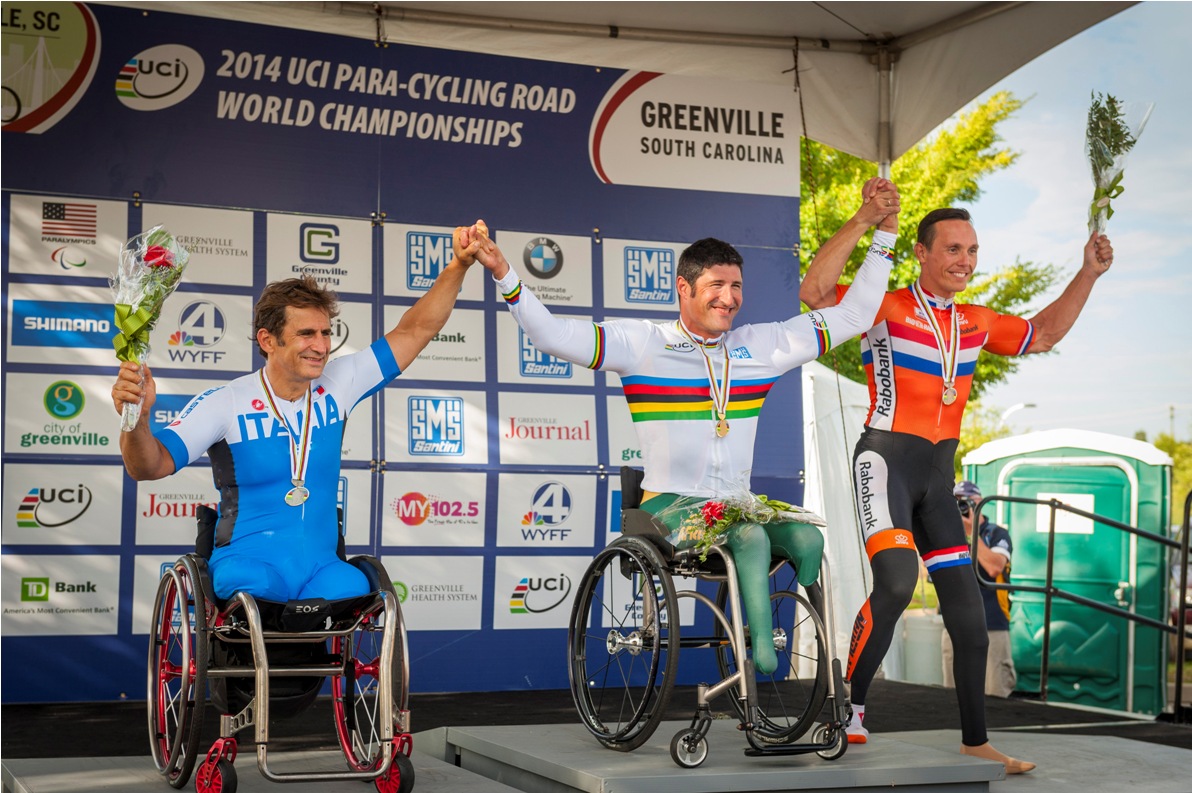 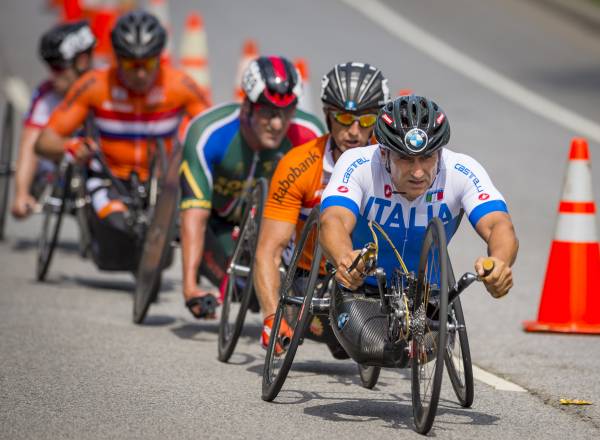 Three competitions, two gold and one silver medal, two world titles: at the UCI Para-Cycling World Championships in Greenville, South Carolina (US), Alessandro Zanardi (IT) was confirmed as one of the best para-athletes in the world. The BMW Brand Ambassador and BMW works driver celebrated a lot of success in the MH5 category (men’s hand-cycle). On Thursday, he won the team-relay with the Italian national team, on Saturday he successfully defended his world-title in the time-trial and now Zanardi has won the silver medal in the road race.

To conclude the world championships at Greenville, the athletes tackled the 61.2 kilometre road race, with Zanardi starting as the reigning world champion. The competition turned out to be a real thriller. The leading group of several riders raced close together almost from start to finish, with the decision going down to the wire over the final metres. Up to the finish line, Zanardi and his South African rival Ernst van Dyk fought a breath-taking battle for the world title. This time van Dyk had the upper hand, crossing the line just a few thousandths of a second ahead of second-placed Zanardi. 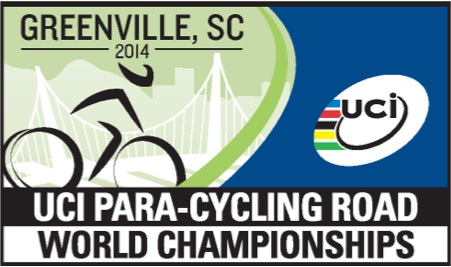 “I am certainly very happy with my results here in Greenville – the gold medal in the team-relay, the gold medal in the time trial and the silver medal in the road race,” Zanardi summed up. “For sure I would also have loved to defend the title in the road race, but I lost it to a great Ernst van Dyk, who put in an amazing sprint. I have to admit I had a little problem, because when I started my sprint I hit a bump, had to ease off for a second where he pulled away and it was really difficult to regain my momentum.

But in any case it would have been hard to win against him even without that problem, so the second place is fantastic. It is the world championships and I am going home with three medals in my pocket, so I could not really ask for anything more. For my age, which is nearly 48, it is great and the good news is that I will not give up and will come back stronger – so Ernst is warned.”

After these successful days in South Carolina, Zanardi will now head back to Europe to return to the cockpit of his BMW Z4 GT3. Next weekend, he will compete in the fifth round of the 2014 Blancpain Sprint Series, which will be held at Portimao (PT) from 5th to 7th September.