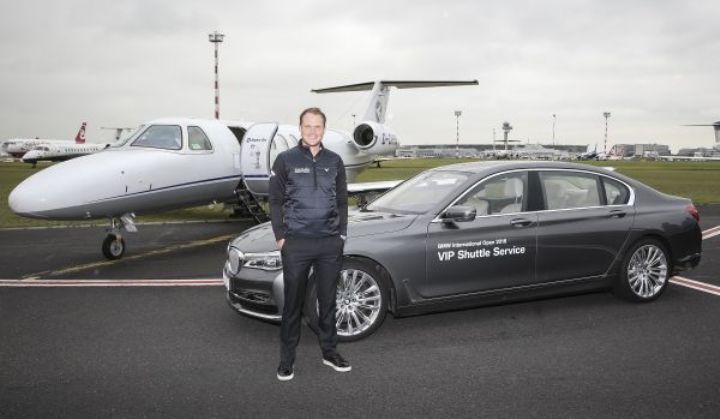 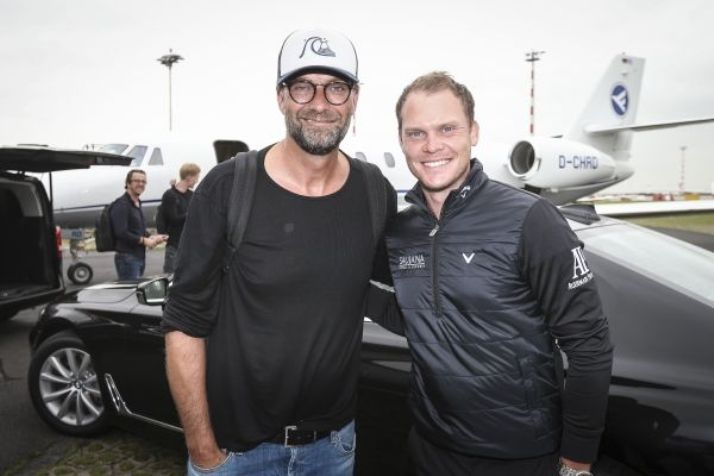 One of the biggest stars of this year’s BMW International Open (22nd to 26th June, GC Gut Lärchenhof) has arrived in the Rhineland. The reigning Masters champion Danny Willett landed in Düsseldorf on Tuesday morning – and received a fitting welcome at the airport: A BMW 750Li xDrive Sedan was waiting on the runway for the Englishman, and chauffeured him to the tournament grounds. The “welcoming committee” included a very special passenger at Düsseldorf airport: Jürgen Klopp.

The Liverpool FC coach was also travelling by plane and took the opportunity to welcome the ardent fan of the Reds. It might not be the last time the two stars meet: Klopp is in talks about being an advisor for the European Ryder Cup team, for which Willett will make his debut at the prestigious intercontinental battle between Europe and the USA in September.

“It really was a lovely surprise,” said Willett about the spontaneous meeting with the German football coach. “He was flying away on holiday with his family as I just arrived in Düsseldorf. I have been at Anfield a few times this year. Meeting him personally and having a quick chat was fun. He is an inspirational person. We only talked about football. Hopefully he will bring even more success to the team next season.”

Then Willett headed to the tournament grounds in the back seat of the BMW 7 Series car. “The BMW 7 Series is an impressive car,” said the Englishman. “There is an incredible amount of space in the long wheelbase model. And it is an intelligent car. When you buy this type of car, you want to be driven. And there is plenty of room for a jacket and a lot of trophies. Hopefully I will have one more trophy at the end of the week.”

Willett has fond memories of Gut Lärchenhof. He got his first tournament victory as a pro after a thrilling play-off at the 2012 BMW International Open. This was the 28-year-old’s breakthrough and the start of a steep rise, which brought him into the golfing elite in April with his victory at the Masters.

“It was fantastic that I was able to celebrate my first win at a tournament as prestigious as the BMW International Open,” said Willett reminiscing about his victory in 2012. “Winning for the first time against a strong field on a brilliant golf course was a one-off.”