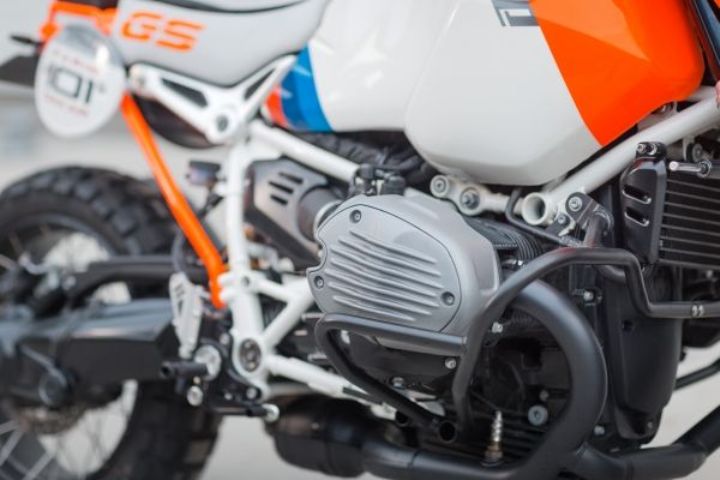 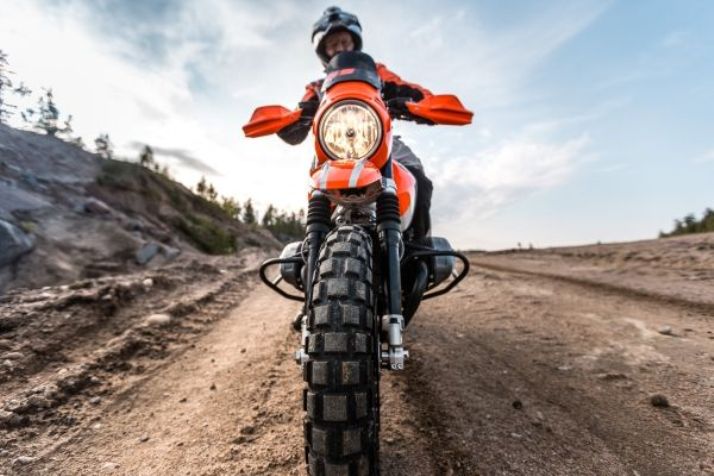 Exciting custom bikes, real characters, the Atlantic coast, arts and music – that is what Wheels & Waves is all about. Within a period of only five years, the festival near Biarritz has become the epitome of a unique type of motorcycle culture.

Here festival visitors celebrate a special feeling of freedom which goes beyond the conventions of everyday life. The setting is laid back and the atmosphere is characterised by creativity, individuality and mutual respect. The deeply engrained passion for motorcycles, both on behalf of organisers and visitors, has made Wheels & Waves a legendary event within a very short time.

Inspired by the past Paris-Dakar Rallye heroes and their victorious BMW machines, BMW Motorrad is showing a completely new interpretation of the BMW R nineT perfectly in line the with spirit of the Wheels & Waves Festival. Its name: the BMW Motorrad Concept Lac Rose.

“Since it was first introduced on the market, the BMW R nineT has become a popular bike for customizers and finishers as can be seen at Wheels & Waves. This makes us very proud and spurred us on to create something special for this festival, something no one has seen from us yet”, says Edgard Heinrich, Head of Design at BMW Motorrad explaining the background of the concept bike.

“The BMW Motorrad Concept Lac Rose is our laid-back and very individual interpretation of the bike that won the Paris-Dakar Rallye in 1985 – fully in line with the spirit of Wheels & Waves and its visitors. It puts the BMW R nineT into an exciting new context and shows what passion for our brand heritage, imagination and a few modifications can achieve.”

Lac Rose – the last stage of the Paris-Dakar.

Lac Rose is the French name of the rose-coloured Retba salt lake, located 35 km North East of Dakar and less than one kilometre from the Atlantic coast. The legendary Paris-Dakar rallye ended here following the many strenuous stages through the desert.

The podium is located right at the lakeside and the winners receive their awards amid the crowd of enthusiastic fans. The BMW factory machines, modified by the company HPN, rode to victory three times in a row in the middle of the 80s. Gaston Rahier took the third win in 1985 with start number 101.

The BMW Motorrad Concept Lac Rose has the typical features of the former victory bike based on a modern, street-oriented version. Outstanding off-road qualities are consciously omitted. “Essentially the bike is a cool and laid-back roadster with a few typical off-road features which allow you to leave the street and follow a dirt track into the unknown”, says Edgar Heinrich. “It is this combination of customizing, coolness and unconventionality which make this bike so special.”

The windshield with typical rallye equipment, the characteristic headlamp design with the high mudguard, a large fuel tank and a short rallye seat bench are all reminiscences of the legendary bike. All these elements are responsible for the characteristic horizontal flyline of the BMW G/S bikes of the time, giving the BMW Motorrad Concept Lac Rose its essential proportions. Longer suspension travel as well as spoke wheels with studded tyres are as mandatory as the colour combination of signal red on alpine white and the start number 101.

The hallmark BMW two-cylinder flat twin engine with shaft drive is located at the centre of this well proportioned bike. It is held in tubular frame with contrasting colour design which also harks back to the successful off-road bike. Elements such as the protective headlamp grille, the oil cooler protector and the distinctively perforated underride guard pick up the uncompromisingly functional design of the race bike and transfer its design features into the modern era. 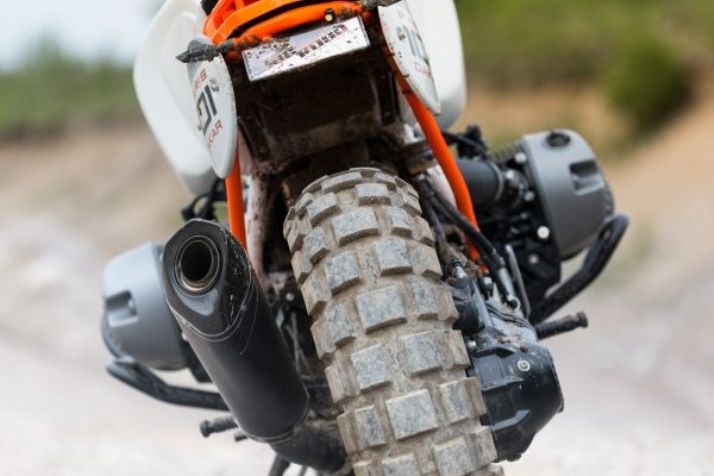 The Wheels & Waves Festival takes place from 8 to 12 June 2016 in Biarritz on the French Atlantic coast. The event was called into being in 2012 by the local Southsiders Motorcycle Club and became one the hottest hangouts of the new custom scene within a very short period of time.

Last year alone, around 10,000 visitors flocked to the Cite l’Ocean on the beach of Biarritz which is also the centrepiece of the festival. Wheels & Waves offers an exciting programme including surf competition, art exhibitions, sprint races and ride-aways across the spanish border.

BMW Motorrad is the main sponsor and is presenting numerous further custom bikes and R nineT conversions in addition to the BMW Motorrad Concept Lac Rose at a 100 sqm stand.