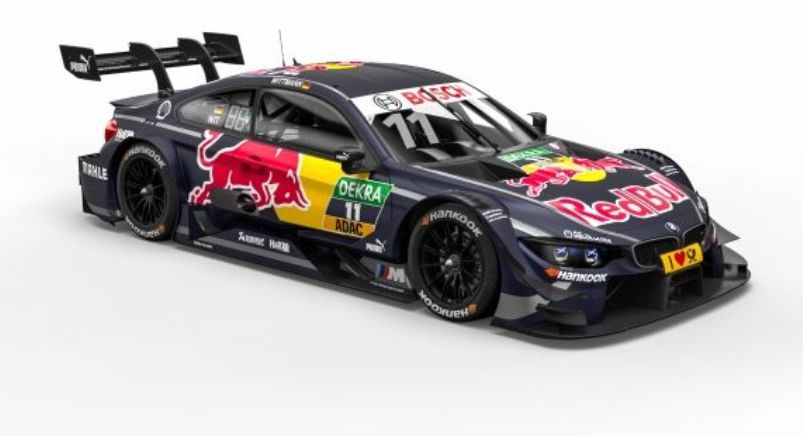 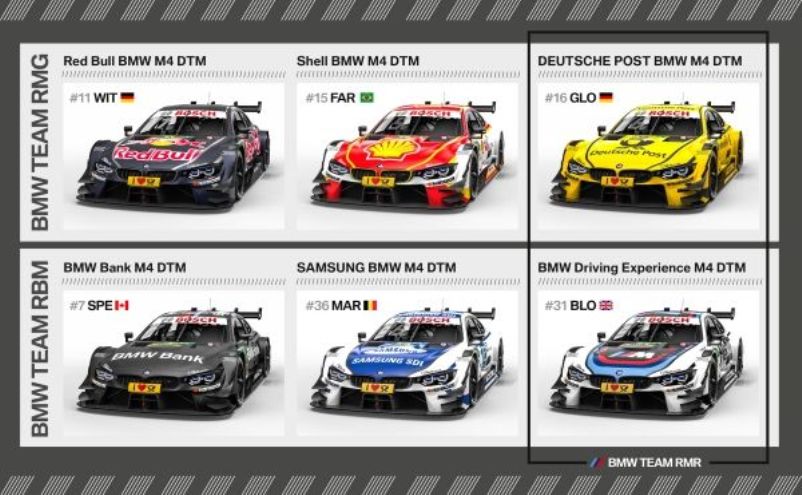 There is consistency in the combination of Premium Partner and driver for five of the six DTM cars with which BMW Motorsport will be competing in the season which starts on 6th May 2017. Marco Wittmann (GER) will compete in the spectacular Red Bull design once again this year.

The 27-year-old driver competed in the Red Bull BMW M4 DTM for the first time in 2016 – and claimed his second DTM title in the same season. Wittmann is now aiming to continue this success story this year, together with the popular Premium Partner and the BMW Team RMG.

His two team-mates will also be very familiar with the design of their cars: Premium Technology Partner Shell is again clearly recognisable behind the striking red and yellow design of the 2017 race car driven by Augusto Farfus (BRA). Shell, BMW Motorsport and Farfus share a long history of partnership.

The Brazilian driver regularly uses appearances around the world to display his knowledge of high-performance motor oils. The DEUTSCHE POST BMW M4 DTM driven by Timo Glock (GER) once again has an eye-catching yellow look.

The combination of Glock and Deutsche Post AG has long represented success – and continues to do so in the DTM. The German driver has won three races in the fiercely-contested touring car series.

Bruno Spengler (CAN) can also look back on some great triumphs during the course of his cooperation with Premium Partner BMW Bank. The highlight so far was definitely his 2012 title win in the matt-black car dubbed “Black Beast”.

Spengler and BMW Bank are aiming to build on that this season. Maxime Martin (BEL) has been racing in the colours of SAMSUNG SDI since 2014. The company also continues to support BMW Motorsport as Premium Partner. Martin has so far recorded two wins in the SAMSUNG BMW M4 DTM. The BMW driver will be hoping for more success in the newly-developed 2017 model.

Tom Blomqvist (GBR) will be starting the season at Hockenheim (GER) with a brand-new design: the BMW Driving Experience forms part of the BMW M Division and, as one of the first providers of driver training, has been thrilling customers with driving experiences in the latest BMW Group models since 1977.

Many powerful and successful companies, such as Akrapovic, amplus AG, H&R, MAHLE, ZF and Zollner also remain Official Partners of BMW Motorsport in the DTM. MAHLE has amplified the level of involvement and is enjoying increased presence this season with more prominent branding on the cars. 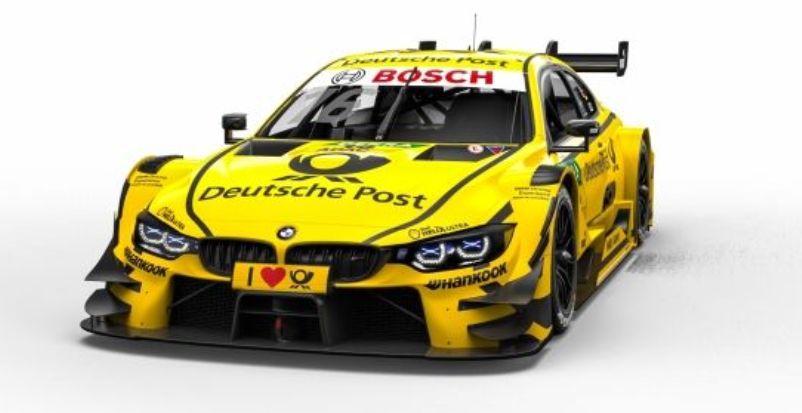 As the battle for victories takes place on the world’s most difficult circuits in GT racing, the BMW M6 GT3 team is supported by Shell as Premium Technology Partner and the Official Partners Alzner Automotive GmbH, CATL and Randstad. For the first time, our Premium Technology Partner, Shell, will not only offer oil support and feature in small branding areas on all six cars, but will also be represented through a complete branding of one of the Schnitzer team’s cars.

BMW works driver and Shell ambassador Augusto Farfus will once again start in Shell colours at the 24-hour race.Following the announcement of their cooperation in January, BMW Motorsport and Alzner Automotive GmbH will now contest their first races together. CATL has been an important part of the GT programme at BMW since last season.

In 2017, the company’s logo will not only be seen on the roof and rear wing of the BMW M6 GT3 for the races on the Nürburgring-Nordschleife (GER), in Spa-Francorchamps (BEL) and in Macau (CHN), but will also be complemented by branding on the doors and wings of the GT race cars.

The successful partnership with Randstad has also been extended, and enters its eighth year in 2017. One of the Schubert Motorsport cars will sport the company’s logo on the doors, roof and rear wing.