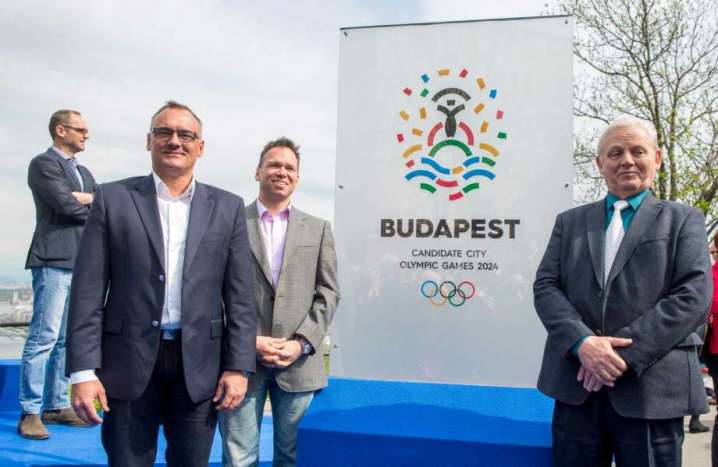 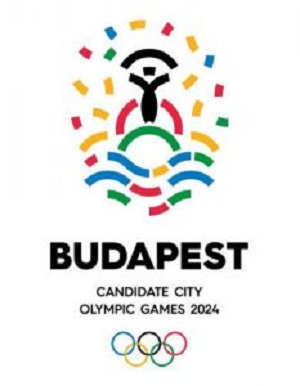 Hungarian officials unveiled Budapest’s official Olympics logo on Thursday in its bid to host the 2024 games, a design comprising the city’s iconic Statue of Liberty and a “reimagined” set of Olympic rings.

The Hungarian capital, hoping to have the Olympics for the first time, is up against Los Angeles, Paris and Rome, all of whom have already revealed their logos. The winner will be chosen next year in Lima.

Budapest’s motif was presented at a ceremony beside the 1947 Soviet-era Statue of Liberty atop a hill by the river Danube in a ceremony involving the city’s mayor and the head of the Hungarian Olympic Committee.

The designers, whose stylised creation beat off around 200 other entries, said it “perfectly reflects the qualities of Budapest: optimism, vitality, modernity, and a young creative approach”.

Los Angeles has chosen an angel leaping in rays of Californian sunshine, Paris a dayglo Eiffel Tower and Rome the Colosseum in the red, white and green of the Italian flag.

Budapest has announced a modest budget of around 2.4 billion euros ($2.7 billion) after cities were encouraged by the International Olympic Committee (IOC) under its Agenda 2020 strategy not to go overboard with their infrastructure.

This makes the bidding process “tailor-made for Budapest”, Balazs Furjes, head of the 2024 bid committee, said at the ceremony. Otherwise, “Budapest would have no chance,” added Zsolt Borkai, president of the Hungarian Olympic Committee.

Budapest has bid unsuccessfully several times to host the Olympics, including for the first modern games in 1896. So far Moscow, in 1980, is the only eastern European city to have hosted the Games. – Agence France-Presse