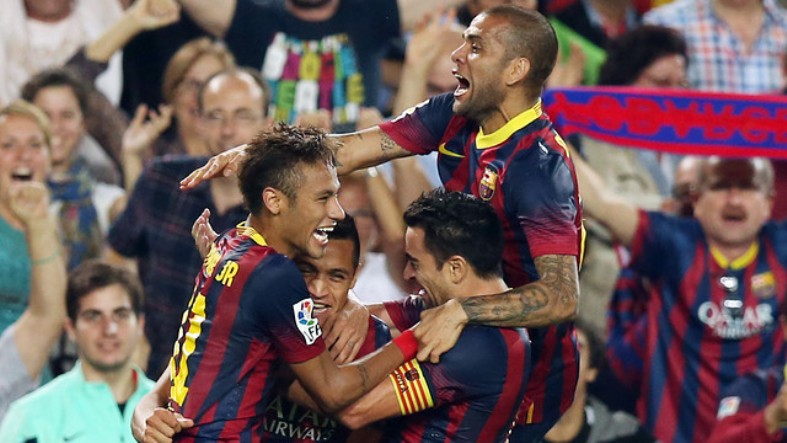 A Lionel Messi-inspired Barcelona vanquished some early season doubts with back-to-back thrashings of Sevilla and APOEL Nicosia in the past week thanks to two hat-tricks from the Argentine as he became the all-time leading scorer in both La Liga and the Champions League.

Luis Enrique’s men are expected to face a tougher test on Sunday, though, when they travel to a Valencia side that are unbeaten at home so far this season.

Messi’s treble in Nicosia on Tuesday overshadowed Luis Suarez’s first goal for the club in a comfortable 4-0 win as the Catalans remained on the tails of Paris Saint-Germain for top spot in Group F.

Enrique was delighted with his side’s display in the Cypriot capital, claiming this was the Barca side he “wanted to see for the rest of the season.”

The former Spanish international will also have the luxury of recalling Claudio Bravo, Sergio Busquets and Neymar to his starting line-up as they were rested in midweek in preparation for the trip to Mestalla.

Valencia’s title aspirations have faltered in recent weeks as they were beaten 2-1 by local rivals Levante last weekend and held to a 0-0 draw by Athletic Bilbao last time out at home.

Alvaro Negredo was finally fit enough to make his full debut for the club at Levante. The former Manchester City striker looked decidedly rusty having not completed 90 minutes since March, but he believes Barca can be exposed on Sunday.

“Barcelona will be confident because they had a great win last week, but we are playing at home and need the three points,” he told Valencia’s website.

“We know how difficult a game it will be, even if Barcelona aren’t at their best level. They won’t make things easy for us, but at home we have played well, we feel comfortable and hopefully we can get the three points we want.”

Real Madrid will have the chance to stretch their lead over Barca at the top of the table to five points when they go for a club record 16th consecutive win in all competitions at Malaga on Saturday.

Playmaker Isco has played a pivotal part in that run, filling a number of positions during the absence of Gareth Bale through injury and now in a central midfield role as Luka Modric is sidelined.

And the 22-year-old can expect a hero’s welcome on his return to La Rosaleda after guiding Malaga to the quarter-finals of the Champions League in 2012/13 before sealing a 30 million euro move to the European champions.

“It is always very special to return home. Malaga gave me everything, but now I have to defend another shirt and I am happy here,” he said.

“Hopefully we can win again and keep this good run going.”

Champions Atletico Madrid could also move above Barcelona into second place for a few hours at least when they host struggling Deportivo la Coruna to the Vicente Calderon in Sunday’s early game.

Meanwhile, David Moyes will get his first experience of leading Real Sociedad at home when Elche visit Anoeta on Friday night.

The former Manchester United boss got off to an underwhelming start with a 0-0 draw away to Deportivo last weekend and has his sights set on pulling away from the relegation zone as quickly as possible.

“What I really want is an exciting, fast, united team that show how determined they are to play well for the club,” he said.

“Can we get that from the first game at home? I don’t know, but that is the plan and that is what we want.

“I want the fans to see a good team performance, but most importantly I want three points.”