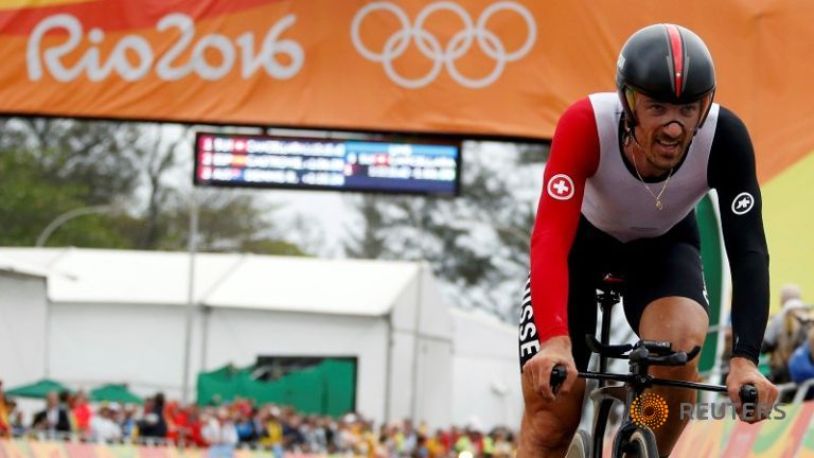 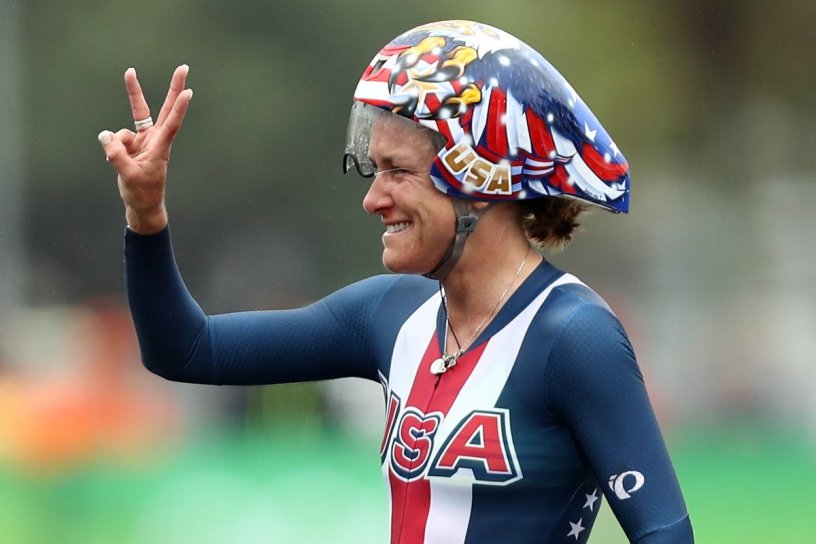 Veteran cyclists Fabian Cancellara and Kristin Armstrong hammered home their Olympic superiority Wednesday as Michael Phelps headed back to the pool in his bid to add to his remarkable 21 golds.

Cancellara finished the route in 1hr 12min 15.42sec, beating Dumoulin of the Netherlands by 47sec, with British star Froome, who also won bronze at the London Olympics in 2012, more than a minute behind.

The grim weather — which forced the cancellation of the day’s rowing regatta and wreaked havoc in the tennis — proved no obstacle for Armstrong as she completed the challenging road course in 44min 26.42sec.

Her victory spared the blushes of organisers, relegating drug-tainted Russian cyclist Olga Zabelinskaya — who only returned from a doping ban last year — into silver.

“I don’t have words to describe it. When you’ve already been two times at the pinnacle of the sport, why risk coming back for the gold medal? The best answer I can give is that I can,” said Armstrong, who retired after each of her two previous Olympic successes, only to come back in search of more glory.

Armstrong’s win launched a busy fifth full day of action where 20 gold medals were to be decided.

After winning his 20th and 21st gold medals in the pool on Tuesday, Phelps was back in action on Wednesday for the heats of the 200m individual medley.

A weary Phelps qualified for the semi-finals with the third-fastest time in the heats as he aims to claim a fourth consecutive gold medal in the multi-stroke event.

“It hurt a little bit, but with a good rest this afternoon think I’ll be fine,” he said.

“I’ve been able to put my body through things like this over the years and hopefully I can keep it going one last time.”

Another US swim phenomenon Katie Ledecky is back in action the day after she secured her second gold of the Games in the women’s 200m freestyle.

Ledecky is part of the USA’s 4x200m freestyle squad which also features Allison Schmitte and Missy Franklin who won gold in London.

Brazil’s struggling football stars will capture the hosts’ attention as Barcelona’s Neymar attempts to finally kickstart their campaign for a first football gold after being booed off in back-to-back goalless draws with South Africa and Iraq.

Defeat against Denmark in Salvador would represent a disaster for Brazil, still nursing the scars from their humiliating 7-1 drubbing by Germany in the semi-finals of the 2014 World Cup on home soil.

Britain won their second and third gold medals of the Games when Joe Clarke clinched victory in the K1 canoe slalom.

That was followed by a diving gold for British duo Jack Laugher and Chris Mears in the men’s 3m synchronised springboard competition, ending China’s hopes of a clean sweep in the pool, which continued to be tinged with green.

Rio 2016 officials blamed the green waters on a chemical shortfall, insisting there was “absolutely no risk” to divers.

Gymnastics continues with the star turn undoubtedly Japan’s Kohei Uchimura. The 27-year-old is seeking to follow up his individual all-round gold won in London.

In tennis, rain washed out 19 of the day’s scheduled 25 matches, complicating Rafael Nadal’s bid for three gold medals as he works his way back from wrist injury.

The rugby sevens tournament saw mighty New Zealand bow out in the quarter-finals, losing 12-5 to favourites Fiji, who remained on course for a first ever Olympic medal.

Meanwhile, games organisers said an attack on a bus carrying journalists on Tuesday which left three people injured was an “act of vandalism”.

“We think it’s an act of vandalism rather than a criminal act with the intention of injuring someone,” Correa said. – Agence France-Presse