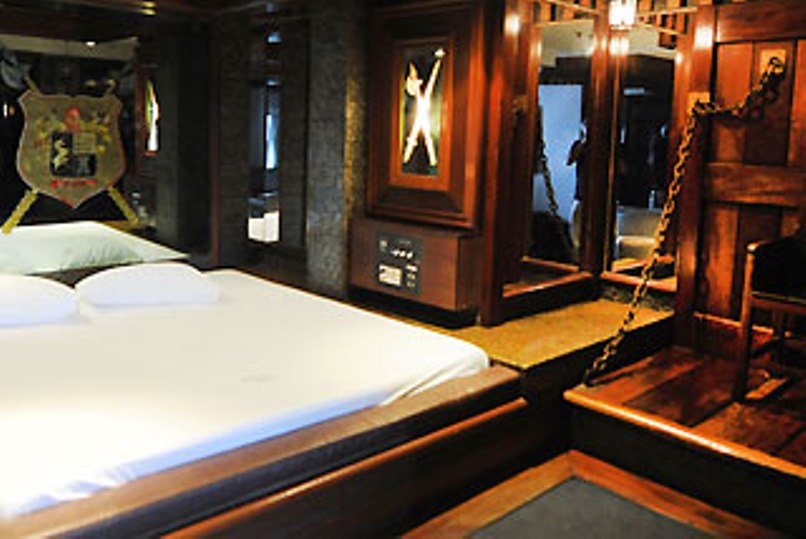 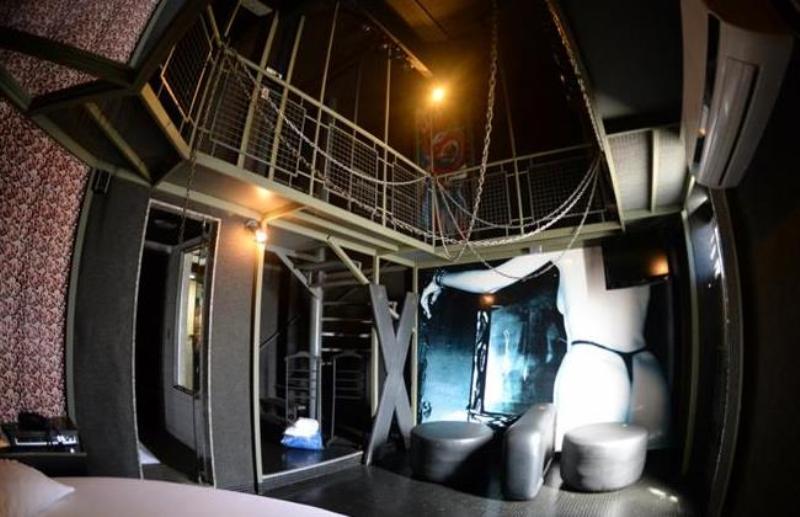 Can’t get a room at the Rio Olympics? Worry not, the Villa Reggia has beds — oh, and sex chairs and an S&M cage.

Hotel capacity has been massively expanded, Airbnb participants are looking to seize the moment, and small businesses in the impoverished but often spectacularly located favela neighborhoods hope for a payday.

The city’s infamous by-the-hour “love hotels” are also up for the party.

Some 5,000 rooms from the network have been made available, at prices a seductive 70 percent less than in traditional establishments according to Antonio Cerqueira, vice president of the Association of Rio Love Hotels.

The round beds and ceiling mirrors have made way for regular hotel furniture — but if guests want to mount their own sexual Olympics, Cerqueira says his own hotel, the Villa Reggia in the recently refurbished port area, can help.

The golden themed Versailles Suite and the Hollywood Suite offer glamor, while for something more exotic there’s a Japanese Suite and the Sadomasochism Suite complete with black walls, a leather studded bed, chains and a cage.

“They’ll be available to tourists,” Cerqueira said. “My hotel will be full during the Olympics.”

That has been missed, with only 56,500 rooms available, said Alfredo Lopes, president of the Rio Hotels Association, and some fear this will not be sufficient.

The US State Department has told US visitors to expect “severe shortages of hotel rooms.”

But for an industry in a city pounded by Brazil’s deep recession and Zika virus fears, the Olympics come as a welcome economic shot in the arm.

“Occupancy is already very high, at about 88 percent, and it’s expected to peak for the opening ceremony at the Maracana stadium,” Lopes said.

Hotels had a “negative period” because of fears over Zika, a mosquito-transmitted virus which can cause birth defects if pregnant women are infected, Lopes said.

“But we knew that now with (the southern hemisphere) winter when there are no more mosquitos, things would get better,” he said.

More adventurous tourists can look for hotels in favelas where the steep walk up narrow streets and the higher risk of violence are compensated by great views and the chance to see authentic Rio life.

“When you climb up and see the little houses, that and the people here make you a bit nervous, but by the next day you’re feeling completely at home,” said Marcelo Luis Pirelli, a 48-year-old Argentine traveler staying at the Green Culture Hostel in Chapeu Mangueira favela.

There are 37 rooms but the cost of about $55 per person reflects the abrupt price hikes typical in Rio during big events like the Olympics.

Hostel owner Pablo Andres Gomez, a Chilean, said business wasn’t as good as it had been during the 2014 World Cup. “That’s due to all the bad news coming out in the media on Zika, violence, and the economic and political crises.”

Those economic hard times have prompted many Rio residents to try and earn something extra by joining Airbnb.

The network has formed a partnership with the Rio Olympic organizing committee and has confirmed 55,000 reservations in private apartments.

“Airbnb is rising as an option to top up residents’ income and also to attract foreigners to visit the country,” said Leonardo Tristao, head of Airbnb in Brazil. – Agence France-Presse